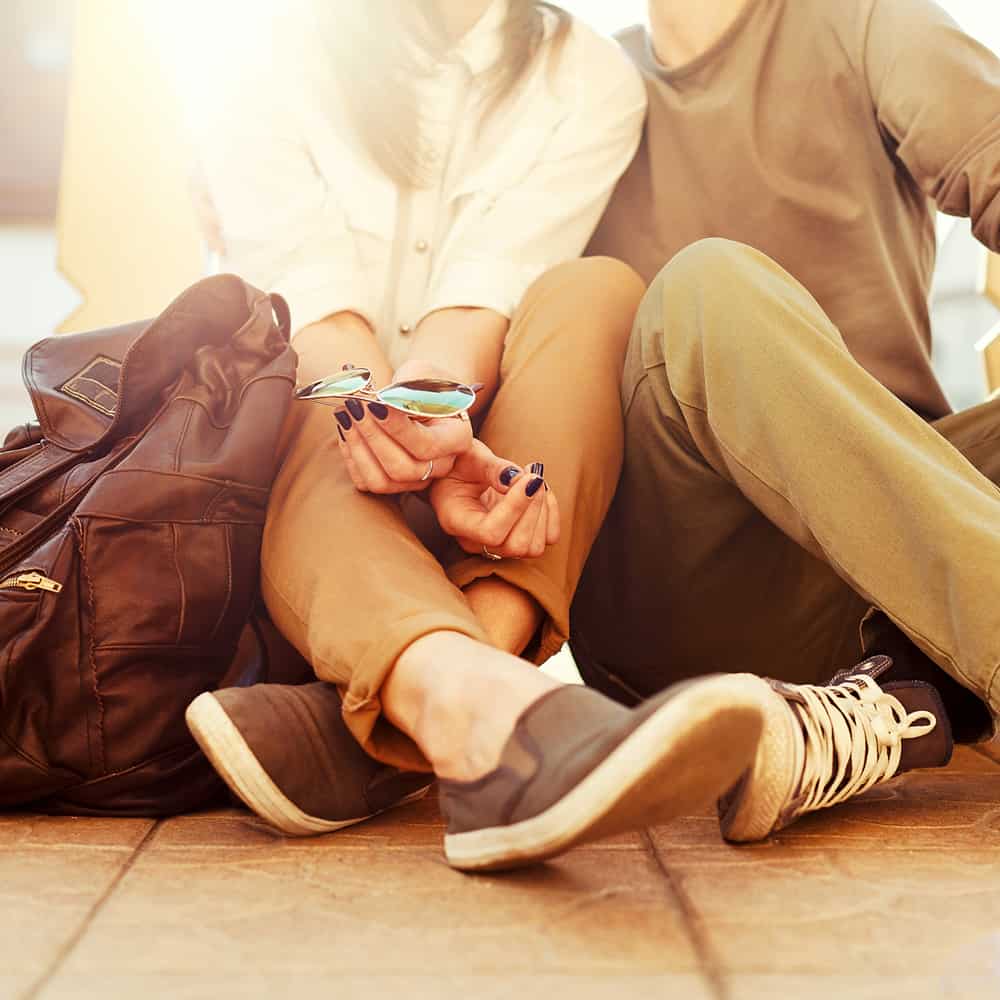 ICYMI: I am reading and blogging about my favourite self-help book, The Science of Trust. In the first installment, I talked about how I had used Dr. Gottman’s findings to navigate my way out of a ‘gridlocked’ conflict. In last week’s column, I talked about why all relationships need to be grounded in friendship, and how to get there by asking questions.

Note: This week’s column is pretty focused on the unique challenges that happen in romantic relationships between men and women. Further, Gottman’s research divides individuals along a gender binary.

“Oh man,” a guy friend said to me last week, “Have you seen that hilarious video of a dude cutting a watermelon with a sword?”

I was looking for a procrastination distraction, so I clicked the link. I was livid within seconds. In case you haven’t seen it, the video shows a dude in his backyard, about to use a giant sword to slice open a watermelon perched on a cutting board on the edge of glass table.

Predictably, he ends up smashing the table into a million pieces and then starts laughing. Even more predictably, a woman off screen says, “I told you that was going to happen!” as another female voice wails, “My table!”

This one-minute viral video was a lightning rod for all of my anger about something I’ve been thinking a lot about lately: Men don’t accept influence from women. Not one but two women voice concern about what’s going to happen (and they’re right), and it’s never even acknowledged.

It happens every day. All of my female friends who have dated men have a story about a time a they tried to tell their partners to slow down the car, or be careful with the fireplace, or to not drink so much at their holiday work party. When their concerns are invariably ignored, they are left having to clean up whatever mess resulted from their partners’ dismissal of their perspective. It makes us feel like our partners find us either invisible or stupid. And how can you have a healthy relationship with someone who doesn’t seem to care about your feelings or value your perspective?

It turns out, you can’t. Twenty pages into The Science of Trust, Gottman points out that one of the characteristics of a dysfunctional male-female relationship is:

The failure of men to accept influence from their [female partners]. This is manifested in one of two patterns of rejecting influence: (1) male emotional disengagement (which eventually becomes mutual emotional disengagement), or (2) male escalation (belligerence, contempt, defensiveness) in response to their wives’ low-intensity negative affect (complaining).

This was so validating to read; it’s exactly what happens so often. When women try to make their opinions or perspectives known, their male partners either check out or blow up.

Later on in the chapter, Gottman reveals that “the pattern of saying no to every request by a wife was characteristic of characterologically violent men.”

Just sit with that a minute. Let it wash over you.

Obviously, rejection of female influence isn’t only something that happens in romantic relationships. It’s the air that we breathe. There is nothing in our culture that treats women as credible about either the state of the world, or their own life experiences. All-male panels happen every day. Bill Cosby’s victims are not believed. Every time a woman opens her mouth to speak in mixed company, she will likely be interrupted by a man.

There is a particularly delicious bit in the 2008 Rebecca Solnit essay “Men Explain Things to Me,” where a man Solnit has just met begins patronizingly describing her own book to her “with that smug look I know so well in a man holding forth, eyes fixed on the fuzzy far horizon of his own authority.”

We’ve all stared down this look, and it’s worst when it’s coming from someone who is supposed to love and respect us.

I’m worried about sounding too angry in this essay. I am worried I should be more agreeable. Luckily, I have some great guidance from Dr. Gottman about gender and agreeability.

Being agreeable was associated with increasing marital satisfaction over a number of years, but only for men. We speculated that being agreeable for women was not a good thing for the long-term happiness of the relationship. Agreeability for women is all about compliance, whereas agreeability for men is associated with being nice and sharing power.

Put another way (shout out to my genius friend Jennie!): For women, being agreeable means accepting someone’s rejection of your opinion and expertise. For men, “being agreeable,” means graciously allowing that someone else’s opinion may also be relevant.

So what to do about all of this? Well, when I was on The Crimson Wave podcast recently, I told Jess and Natalie that one of the things I like about non-monogamy is that a dude can end up with two girlfriends, because I think it’s good for men to be outnumbered by women.

This isn’t something that often happens for men. There are men who work in female-dominated industries or are lucky enough to have a bunch of sisters, but many men are used to being in the majority, to the point where a 2008 study found that if a group of people was only 17 per cent women, the men in the group perceived it as being equal numbers men and women. If the group had 33 per cent women, the men in the groups perceived it as being mostly women.

But if a guy has two girlfriends, suddenly there is another woman to say, “Yeah, she’s right,” and the impact of this is pretty huge. In a patriarchal culture, men are always going to have more power, so having two women providing a counter-narrative to the idea of male supremacy is hugely valuable.

Obviously not everyone’s life sorts out in a way that you can be one of two women in a relationship with a dude. So what can a man do if he wants to make sure he’s opening himself up to female influence? Dr. Gottman has a pretty uncomplicated script. In functional relationships, “men are able to say things like, ‘okay’ or ‘good point’ or ‘you’re making perfect sense,’ or ‘you’re starting to convince me.’ This is not compliance; it is lively give and take. To be powerful in a relationship we must be capable of accepting influence on some things our partner wants.”

This is big work, folks. It’s not going to be easy to break these patterns. I recently expressed to J that I felt like his perspectives on literally every social and cultural issue were likely affected by the fact that most of the books and movies he consumed were written by men. Not by design, but just because that’s what it is like to be a man in our culture, unless you make a conscious decision to seek out more culture created by women.

It’s worth mentioning that the reason this talk was so productive is that he was able to accept influence from me, a woman, and that throughout the conversation he was saying things like, “good point” and “you’re making perfect sense.” He agreed that he was absolutely consuming more male-created media, and a week later he declared that he was only going to read books by women for a while. It’s been ten months and he’s still reading only books by women (here is his list).

We recently had a great talk about the different types of narratives and tropes he’s being exposed to now, at the (current) exclusion of all others. He feels that given everything he knows about the power of implicit bias, there is no way these stories aren’t shifting his views. I agree, and I can see some changes in the way he approaches things.

I’m not saying that every romantic relationship needs to be non-monogamous, or that every man should stop consuming media made by other men (actually I sort of do think that last one is a pretty good idea). But we need to start thinking about ways to make crucial space for influence from women in all of our relationships (romantic and otherwise), and it’s not going to be easy.