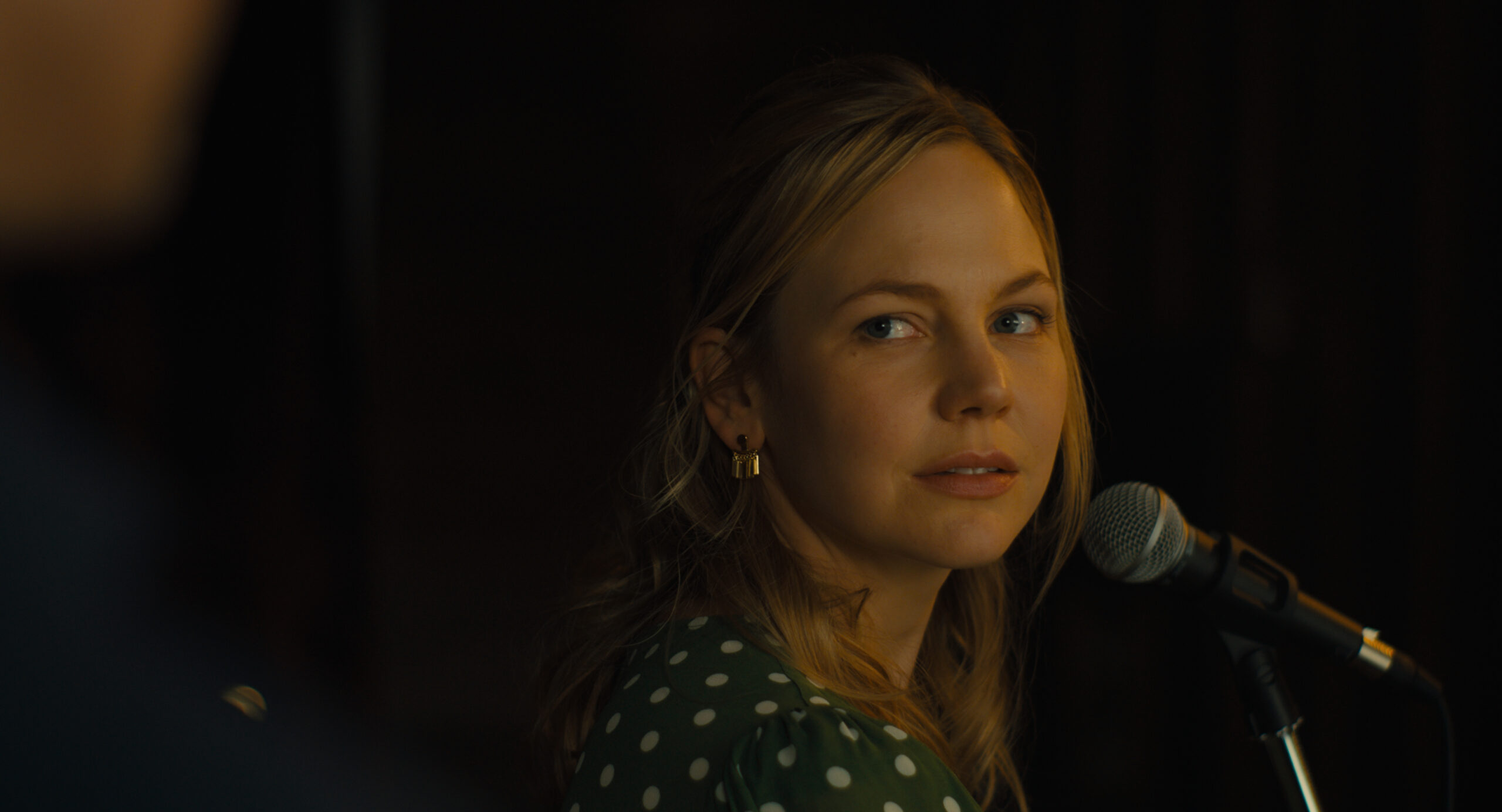 "It’s always the people that are closest to me that aren’t afraid to push me, challenge me, and especially call me out when something isn’t working. I think every filmmaker needs that."
Film

‘The Swearing Jar’ is a Poignant Musical Dramedy from Lindsay MacKay

Poignantly blending comedy, drama, and music, Canadian filmmaker Lindsay MacKay’s The Swearing Jar, premiering at TIFF on Sunday, is an intimate, moving film that draws you into its carefully constructed narrative from start to finish.

High school music teacher Carey is having a child with her husband Simon, and their deep connection and endless witty banter seems like it can get them through anything— even as secrets and the stress of the pregnancy begin to weigh on them. When Carey meets Owen, a charming bookstore clerk, she’s still in love with Simon, and she begins to grapple with big questions about love, secrets and forgiveness.

Adelaide Clemens gives a stellar performance in The Swearing Jar, showcasing Carey’s inner turmoil and the complexity of the emotions that eat away at her. The musical performances with Clemens and co-star Douglas Smith are standout moments, adding intricate details to the story and providing entrancing soundtracks to other scenes.

The Swearing Jar, adapted from Kate Hewlett’s musical play of the same name, is MacKay’s follow-up to the 2014 coming-of-age family drama Wet Bum. MacKay tells us that working on The Swearing Jar was an entirely different experience, coming in as a director without having written the script.

Read on to hear more of MacKay’s takeaways from The Swearing Jar and her approach to filmmaking.

The Swearing Jar. Why were you compelled to make this film?

When I read the script for the first time, I was completely drawn into the world that Kate Hewlett had created. Without spoiling too much of the film, there are aspects of the story that parallel my own life, and so spoke directly to me. I was excited to figure out how to bring the film to life.

I hope it will inspire conversations between people about how to fund my next film. Haha! I’m kidding… kind of! I hope people come out of the film talking about how incredible Adelaide’s performance is – because it IS incredible. As well as the rest of the cast – they are all really great in this film. I hope they, like me, can’t stop humming the beautiful music both Kate and Tim made and Adelaide and Douglas performed! It’s been stuck in my head for months, and might be for the rest of my life! 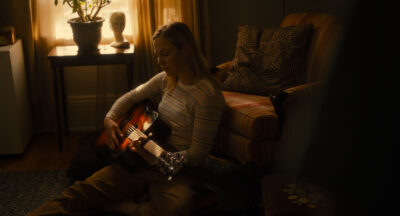 Can you tell us about a discovery you made while making your film? Factual or personal? Something that you uncovered that will stick with you for years to come?

Hmmm… There were so many discoveries. Like a great pizza place in Hamilton, and how wonderful it is to rehearse in the actual locations you’re shooting in.

I think I learned and discovered a lot of things about myself and about the work that will stick with me for years to come. A major one is a belief in self. This is the first large project that I was hired to direct that I hadn’t written and that was a really exciting, nerve-wracking, and interesting change for me. I had to interview for the project many times and outline how I viewed the world to many of the creatives already attached. This was a great exercise for me — because when I read the material I knew the kind of film I could make and then it was an exercise of figuring out if our visions blended.

When it came to making the film I stuck to my vision which at times was very challenging when there are many factors at play, but I was so pleased to see that it paid off and all my collaborators were so pleased with the work we all did as well. That’s a really satisfying feeling! 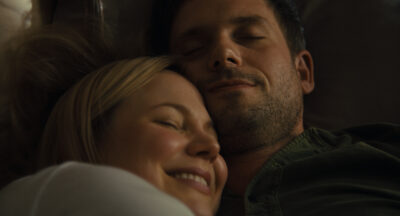 I mean there were so many… And there will continue to be so many. But I think one of the early films that I saw that changed the way I thought about filmmaking was Lynne Ramsay’s Ratcatcher.

When I studied filmmaking at FAMU in the Czech Republic one of our instructors did a lesson about the language of shot choice. He broke down scenes and described how shots were like a language and the way you organized them was like sentence structure. Then he told us to write poetry and that instantly clicked for me… and it’s how I approach shot listing and story from that moment on.

I’m mostly inspired by the group of peers and friends that surround me in the industry. It’s always the people that are closest to me that aren’t afraid to push me, challenge me, and especially call me out when something isn’t working. I think every filmmaker needs that, and keeps me inspired as I get to watch their careers flourish which keeps me striving to make interesting work. 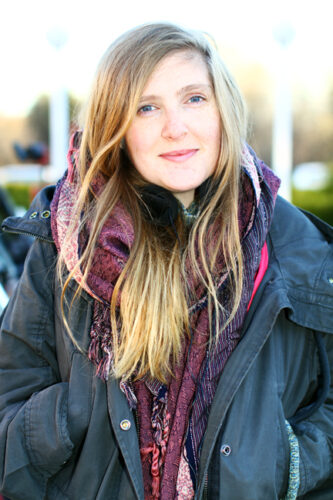 Honestly, the collaboration. Finding like-minded people and building a world together is as good as it gets.

Read. Also, watching movies and talking about stories with other creative people.

Belief in self. I try to tell myself there’s a reason I was hired or asked to do a certain job — and generally it’s because they like the work that I do or they believe in my abilities to enhance the work. In the past, I wasn’t always doing that, but it’s a powerful thing when you can tap into it. So, yes, belief in self.

This up-and-coming generation of filmmakers for sure. There are some really exciting filmmakers in this festival, making interesting and challenging work.

TIFF has the best audiences in the world, and I’m not just saying that. The fact that it’s close to home means that friends and family can come to watch the film on the big screen, which means a lot to me. I’m thrilled to be premiering the film at a festival that’s been so instrumental in building my career. It’s really an honour.

"It’s always the people that are closest to me that aren’t afraid to push me, challenge me, and especially call me out when something isn’t working. I think every filmmaker needs that."