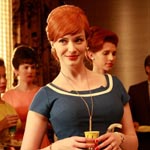 The Grown-Ass Woman's Guide to: Having Big Cans

You’re a grown-ass woman. This means you probably have breasts of some kind. Maybe they are very large. The average bra size in Canada is on the rise, and nowadays is hovering at a strong C, which means the average woman—whatever that means—has three inches of fatty tissue plus nips sitting above their ribs. That’s pretty substantial boobage, but there’s a whole world beyond C cups, and it can be tricky to navigate.

At 36DD I can still buy bras at most places that sell bras (Most but not all, isn’t that so fun and cute? What an adventure finding chest support can be!) so I know there’s struggz for the double Fs and Gs out there that I can’t even begin to imagine, but I have gained some wisdom re: having big boobs that I would nonetheless like to share. Small-chested women, I am so sorry but in my head your life is one giant romcom montage of effortlessly elegant low-cut drapey shirts and never having to ask the question “Does this make me look pregnant?” so I just don’t know what I have to offer you. Insight into the other side of the confusing front-clasping bra I guess. If you ever feel like you’re missing out, please recall this fun fact from Chatelaine magazine’s 30 Breast Facts: “The breast is basically a modified sweat gland.” Sexy. Now, onwards for an in-depth look at life in the big titty*:

Did you know that literally every woman in the entire world is wearing the wrong size bra? DID YOU KNOW?! Oprah knows. And now you do too, because a woman named Linda assaulted you with a tape measure as soon as you walked into her La Senza and is basically hugging you and brushing your nipples with her stranger’s hands at the same time. Ultimately she will say you are between 3 and 4 cup sizes larger than the bra you’re wearing right now (which fits fine, thank you very much), and will brush past the racks of fun lacy offerings to bring you three very large, very beige bras that just scream “wear me under a turtleneck to your book club meeting!”

It’s not just bras that are difficult to buy. Despite an average national cup size of C, most clothes are made for Bs or smaller. It is hard to buy: work clothes, empire waist anything, maxi dresses (but like, WHY to these in the first place so it’s cool), bathing suits where you can’t mismatch tops and bottoms, flow-y dresses, v-neck t-shirts, and anything at all that you could describe as “high fashion,” “boho,” “laid-back,” “deconstructed,” “professional,” or “button down.” Plus, Stacy and Clinton, I am not a millionaire so I can’t afford to buy whatever I like and casually drop it off at my tailor. Also I’m going public about your wrap dress fallacy: these are very hard to pull off, kind of dated, and if you have cleavage of any kind have to be pinned closed which is not a good look.

A pair of D-cup breasts can weigh between 15 and 23 pounds, which as Chatelaine notes, is “the equivalent of carrying around a six-month old baby.” Eughhh. I know they’re technically for feeding babies but come on, guys, they are not only for that, let’s not make this all about babies. The point is that smuggling 23 pound sweater-puppies can cause actual physical strain on your back and neck. Shoulders slope, bra straps dig into the back cutting off nerves in your fingers (f’real), and back and neck pain are common. Also apparently breasts size DD or larger can, “in certain situations [?] slap against the body [?!!] with enough force to break your collarbone [!!!!!]”. Going to the fancy-lady expensive bra store can help sort you out here, and/or wearing shirts with extra support in them, like those tank tops with weird elastic shelves built-in. I also strongly recommend two bras at the gym, always.

Your smaller chested friends can borrow your clothes and look adorable. It will take some careful planning to borrow theirs and not look “cheap,” to use a very grandma phrase for it. Where there’s boobs, there’s cleavage, and cleavage can take a cute pencil dress from office to Joan Holloway drag faster than you can say Wonderbra. To combat this, you might end up owning a lot of annoying camisoles for “modesty” reasons, or find dressing for job interviews very difficult and annoying. This goes both ways, however, and finding exactly the right dress in which to drape your ample bosom makes you feel like a fashion wizard/high-level sex priestess. Learn what’s good for your shape and stop trying on those cool swing dresses that just balloon out from the chest. They were never yours to begin with.

The gaze/the gays
It’s not just straight guys who are going to check them out, although that takes some getting used to as well. Basically big breasts are a bit of an attention-drawer, and part of this is because of the usual suspects: our culture and Pamela Anderson and implants and Photoshop, while the other part is biological kind of. I feel like you can’t blame people too much for it. My policy with anyone looking is that as long as it’s not disgustingly frequent and/or overtly lecherous I’m not going to get mad at them for surveying the scene, as it were. Touching is another matter altogether. Sometimes gay guys will try to touch them because “wooooohooooo I’m gay I don’t even LIKE them they’re just funny!” Which, no. Sorry dude, it’s just as lame for a straight guy to try and grope someone’s chest without permission. I don’t care how low-cut my shirt is, it’s not an invitation to take the motorboat for a spin on Lake Titicaca (WHAT) (DID) (I) (JUST) (WRITE).

Sometimes the mere fact of being top-heavy will get you free drinks, or extra cookies with your lunch, a chance to cut in line, whatever. Some people have problems with this, I do not. Take it! You’re not being asked to flash anyone, and yes it’s stupid and has its roots in a problematic “me like boobies” caveman/baby mentality, but did you not hear how hard it is to find a supportive and sexy bra? How many damn CAMISOLES I have to own? Who cares. Take the plus sides where they present themselves, and sometimes they present themselves via the guy at Subway who gives you M&M cookies for free. (Hey Dave!)

Having a body as a woman is hard, y’all. No matter what shape it is. (I’m sure it’s a lot harder to have no body and be a woman, because then you’re just like, a whisper of the spirit of femininity, making you I guess Zooey Deschanel’s ghost? I digress.) People are constantly trying to politicize it or touch it or tell you how it should look and be. Shut up, everyone! Those with big boobs whine a lot about wishing they were smaller, while lots of ladies rocking an A cup wish they had more happening, bra-wise. Everyone chill out: your chest is fine as it is, if occasionally inconvenient or shaped slightly differently than you would like. I feel really bad about all the terrible puns I’ve made in this article, so to make up for it here is a list of all the slang words for breasts that I did not use even once: hooters, tatas, baps, bangers, bazoombas, breasticles, JUGS, babyfeeders, melons, “the twins,” yabos. Yab-ou’re welcome. Jugs.

Read more of Monica’s Grown-Ass Woman guides on working from home, appearing wealthy, dealing with rude-os, being sick, getting other people’s parents to like you, getting shit done, your face, sneak-cercise saying no, twitter, talking about your body anxieties, hangover maintenance, vintage clothes, how to have a long-distance relationship, sounding smart at cocktail parties, and packing to disappear.