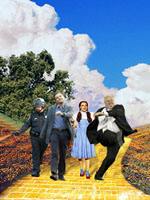 The #MemeMachine: Ford gets photoshopped, rappers doing normal shit and Texts from Bennett

In which the intrepid MemeMachine offers a discerning selection of what’s buzzing on the internet. Bringing you crucial knowledge that you were presumably too busy to extract from the internet because you were off enjoying the outside world IRL. This is procrastination at its finest. You’re welcome.

Let’s start with the obligatory cat video of the week.

I can’t believe I’m saying this, but I’m starting to miss those moustaches. Movember, thanks for memories. Internet, thanks for a Tumblr of moustachioed Disney characters.

Another day, another round up of celebrities doing normal things. (“They’re just like us!”) Our fascination with Kate Middleton grocery shopping: a valuable glimpse into the frail, star-obsessed human condition? Maybe. Oh look! Here is Kanye West decorating cookies in an apron! 50 Cent shovelling snow! Rappers doing normal shit!

Look how happy Mr. Mayor Ford looks in this photo. Not only is he kicking a football, he’s probably also dreaming of monorails, lower taxes and dinner. The internet did what it does and came up with: Figure skating Ford, running and jumping Ford and Yellow Brick Road Ford.

45 photos of the year on BuzzFeed.

This got about a million hits within an hour and another twelve million after a few days. If you haven’t seen this video of a 19-year-old Iowa college student telling the court his story of growing up with same-sex parents, watch it. Boom.

Texts From Bennett. The premise of this tumblr, which already had its shining moment on Twitter’s trending list, is kind of like Shit My Dad Says, but framed as Shit My Cousin Texts. It has its moments. While the blog is aggressively asserting that this is all 100 per cent real, the Daily What debunked it on Friday. #Drama.

Pop-Up Magazine Is Making Its Toronto Debut at Koerner Hall