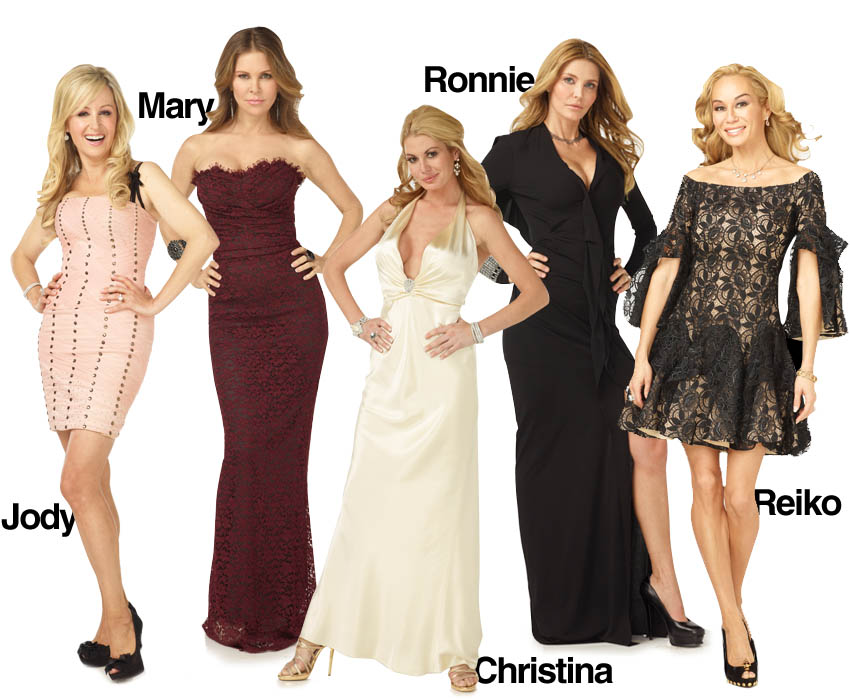 The Real Housewives of Vancouver has landed, and I'm sad for what it says about my beautiful hometown

As a Vancouver native, it wasn’t until I saw the poster for The Real Housewives of Vancouver that it became real to me. (As real as a reality show could get, right?!)

Some people I know asked, “Why not Toronto, how come they chose Vancouver?” To be honest, I’m just bummed they had to attach a Canadian city to this at all.

Growing up in Vancouver, I was lucky to experience such great women in my life: a varied group of professionals, housewives, mothers, survivors, teachers, and philanthropists, some very wealthy, and some not at all. Clearly this ‘real housewives’-brand stereotype exists everywhere, but the stereotype hits home even harder, and becomes all the more upsetting, when it’s your own city taking the step forward into this type of limelight. The majority of Vancouver women, in my opinion, are not this brand at all.

As I read the profiles of these five women, (see below) the catty journalist in me wants to attack them, and call them out as five more attention-hungry rich women who choose fame over family privacy, potential scrutiny over grace and gravitate towards television drama. (One could say I just did). But hello! That’s why the show exists! The “Real Housewives” series brings out the mean girl in all of us… because seriously, why else are we watching it, to see if a hair pulling fight erupts over sushi?

I guess this is what Canadian audiences get for our guilty indulgences in Real Housewives of New Jersey, Atlanta, and so on. Just more garbage television, and now we can proudly call Canada a part of the Real Housewives canon.

My request? Let’s leave the television drama to the incredible cast of Canadian talent, both behind and in front of the camera, instead of glorifying the culture of consumption and self-absorption that has become the hallmark of the Real Housewives franchise.

And if you’re curious about the real women in Vancouver, one of Canada’s most beautiful and unpolluted cosmopolitan cities, still with its fair share of problems, take a trip. Kayak on the ocean at English Bay, enjoy the freshest seafood on Granville Island, hike the Grouse Grind, walk through the Downtown Eastside, have a coffee with mountain views, go shopping on South Granville, talk to people, real people…and then, tell me if this show represents what Vancouver women are really like, or at least tell me this if this was a much better way to spend your precious time.

So, who are the Real Housewives of Vancouver?

Christina Kiesel
They say:”Free-spirited jet-setter”
We say: Kid-free, job-free, and a husband-free veteran of two divorces, her best friend is her male hairdresser, because according to her bio, she finds women catty. We love that she’s visited over 30 countries, but wish her bio told us more about her travelling habits.

Jody Klaman
They say: “Self-made businesswoman and fashionista.”
We say: Oh, god, PLEASE STOP USING THE WORD FASHIONISTA. But Jody has a pretty bad-ass background: she started her clothing store as a single mother with only $800 to her name. Now significantly more comfortable thanks to her successful business sense and her marriage to a wealthy businessman, she is a big supporter of initiatives combatting hunger on Vancouver’s Downtown East Side. She also refers to herself as Martha Stewart on Acid, which is pretty awesome.

Mary Zilba
They say: “Singer and former pageant queen.”
We say: It would appear she began life as a reality version of Robin Sparkles. A mother who recently ended her 17-year marriage, but remains on good terms with her ex, she’s “new on the dating scene” and apparently not lovin’ what she sees. She sits on the national board for Tuberous Sclerosis Canada.

Reiko MacKenzie
They say: “Adrenaline junkie with a need for speed."
We say: No, Reiko is not an interesting and bold casting choice meant to shine a light on addiction issues. She drives and collects race cars (her collection is valued at 1 million dollars) and loves martial arts. She is raising two daughters with her husband, and her mother, who also lives with their family.

Ronnie Seterdhal Nequs
They say: “Winery owner and luxury-toy aficianado.”
We say: Uh, the woman owns four houses. Side by side. In a city with a housing crisis. But we’ll give her the benefit of the doubt if the charity work ambiguously referred to in her bio turns out to be staggering.