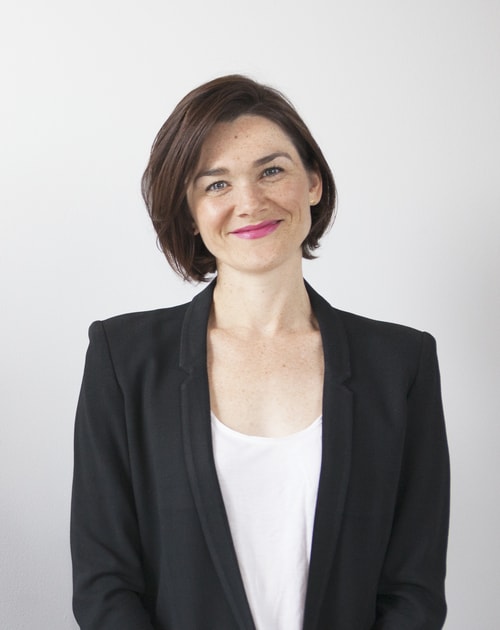 Things I Hate: Inside The Mind of Molly Coogan

Molly Anne Coogan is an actor and comedienne. She is also the brain behind the new web series, Things I Hate, which chronicles, well, things she hates. And she just launched a Seed & Spark campaign to finance the rest of the series. We caught up with Molly last week.

SDTC: Can you tell me a bit about yourself?

I grew up in Northern California and was raised in a very Irish-American family. I was fortunate to grow up with extended family around all the time, so we’re all very close and I love them dearly. I did theatre growing up, played sports, drank a lot of Cokes and ate a lot of Ruffles at my grandparents’ house, had a blast, generally lived the childhood dream. Fun facts: I am 100% deaf in my left ear and was born that way. I’m very good at reading lips as a result of looking at people’s mouths as a child to understand them so if you talk shit about me or my homies when nearby, I will totally bust you. Phobias: Currently: Donald Trump’s skin tone and not making it to Vegas before Mariah Carey ends her residency. General: Those water bugs with a million legs and black holes. Space is legit scary, yo.

What is one thing that you’ve hated since you were little?

Mayonnaise! It is so gross. I do not understand why anyone would want to put it in their mouth let alone touch it. I worked at a cafe in college and had to make sandwiches for customers and there was an industrial sized tub of mayonnaise – it was probably as big as a young pig – and you had to stick your arm way down into it if it was running low. I’m talking your entire arm could fit into that dang tub. I tried everything to avoid having to touch that thing. I think sometimes I lied and said we were out of mayo so I didn’t have to put it on a sandwich. I used to make my boss do it if he was there. I hate mayo. I just hate it. Why does it exist?!? The struggle is real.

Growing up I was the pickiest eater on the planet. I didn’t eat avocados. I don’t know what the heck was wrong with me! I am a Californian and I didn’t eat avocados! But sometime after college I randomly ate guacamole and it basically became one of my most favorite foods. I lived with one of my best friends when I first moved to New York and I made guacamole so often that she nicknamed me Guacamolly. But I still HATE mayonnaise and always will!

What is the funniest thing you’ve ever witnessed?

Oh man – that’s a tough question. I’ve been fortunate enough to witness many, many funny things and there are so many levels of funny. Some highlights I often go back to include: My friend Joe wearing a leotard and accidentally hitting himself in the balls with fireplace tongs. My old roommate dressed up as Edward Scissorhands (complete with the scissor hands) trying to trim a topiary in our bathroom. This video of Brendan Fraser clapping. My sister recently accidentally rocketed a chunk of sandwich on me in a Pain Quotidien because she laughed too hard. That was pretty funny. Oh good times.

What made you want to develop this web series?

I was ready to tell some stories and make something. As an actor you’re obviously part of bringing a story to life, but it’s really different to be in someone else’s piece. I’ve been telling stories since I was a kid and making shows for a long time, but I had kind of gotten away from that in recent years and was doing the more traditional actor route of being in plays, doing the commercial circuit, that whole bag. I had some pretty serious health issues that came up and I really had to take it easy for about two years – it was a huge life adjustment and also a true blessing in disguise because it made me take stock of what I was doing and think about what I truly wanted to be doing. I realized that I really love making things – I love the whole process. And I also wanted to be a part of making something that felt real to me – that portrayed women in a real way on camera instead of the more traditional roles of the girlfriend or mom or neighbour. Women poop! Women fart! Bodily functions aside, women do all sorts of things and I was sick of not seeing people that seemed real to me on television and in film. There’s definitely been a shift, which I am thrilled about, but I also wanted to get my own stuff in the mix. You can’t just sit around and wait for other people to make things happen. So I didn’t.

What has surprised you the most in this process?

I think what surprised me the most was how incredibly intensive the editing process is. Liam Brady (the director) and I edited those together while he was in California and I was here in New York so we’d screen share and work, work, work. We spent countless hours on them and it was really incredible to see how just the tiniest tweak of a moment changed the entire flow of a scene, and ultimately the entire episode as a result. The timing truly is everything, especially with comedy. We cut a lot of dialogue from the Weed episode, particularly in the monologue Wade delivers. It was really hard to chop things out because Chris Bannow, a super talented actor who played Wade, did such a phenomenal job with the monologue and it was sort of painful to let those moments go. He just nailed every word of it and we wanted to show it to the world. But ultimately we made the right choice for the piece overall. You have to keep the whole picture in mind when editing instead of letting the little bits consume you. You can go crazy and go down a wormhole and lose sight of what you’re going for overall. The biking scene in the opening was also way longer but we cut literally almost all of it. Kill your darlings, baby. Kill your darlings.

What would you be if you weren’t an actor/comedienne?

I have always wanted to be a published children’s book author. I used to write books all the time as a kid and attempted a few times to sell them door-to-door to neighbours (it wasn’t a very successful business). I actually have written one and have a dream to get it published someday, so I guess there’s no reason why I can’t do that on top of being an actor/writer. But I just find children’s books to be some of the greatest things anyone could ever read and I still peruse the children’s book aisle every time I’m in a bookstore. I love them.

I went to Vermont with my husband for four days. Launching the show and then going straight into running a campaign is a ton of work and I was really ready for some down time. I ate the best cinnamon bun I’ve ever had in my life. It was a dream. Everyone should experience the deliciousness of that cinnamon bun in their lifetime. Everyone.

Why do you think your comedy resonates with people?

I think Things I Hate reflects real life and real moments – I like to think it’s relatable in that people can see a part of themselves in the situations or characters I’ve created. Even if it’s heightened or wacky, when you distill it down I hope people connect to the emotions or things it makes them feel. I also just find awkwardness and humans in general endlessly humorous. We’re all people and we’re all awkward at some point, so boom: that’s the magic secret recipe for comedy. You’re welcome very much, now we can all become millionaires!