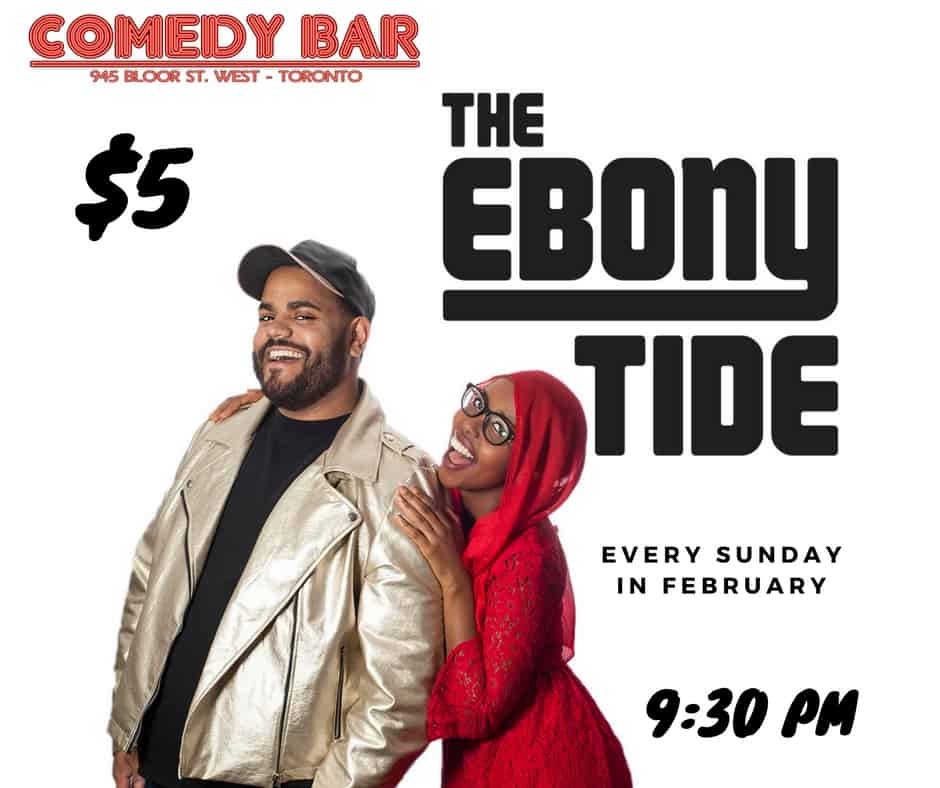 For the month of February, The Crimson Wave’s weekly comedy show is about to get darker! Hosts Jess Beaulieu and Natalie Norman are handing over the keys to Brandon Ash-Mohammed and Hoodo Hersi for a four-part ETHNIC EXTRAVAGANZA!

The Ebony Tide is a celebration of the magic of melanated comedians across Toronto! Head to Comedy Bar (945 Bloor St. W) every Sunday at 9:30pm, from February 4th to the 18th. The final Sunday (February 25th) will mark the premiere of The Ethnic Rainbow – CANADA’S FIRST & ONLY comedy show showcasing LGBTQ comedians of colour.