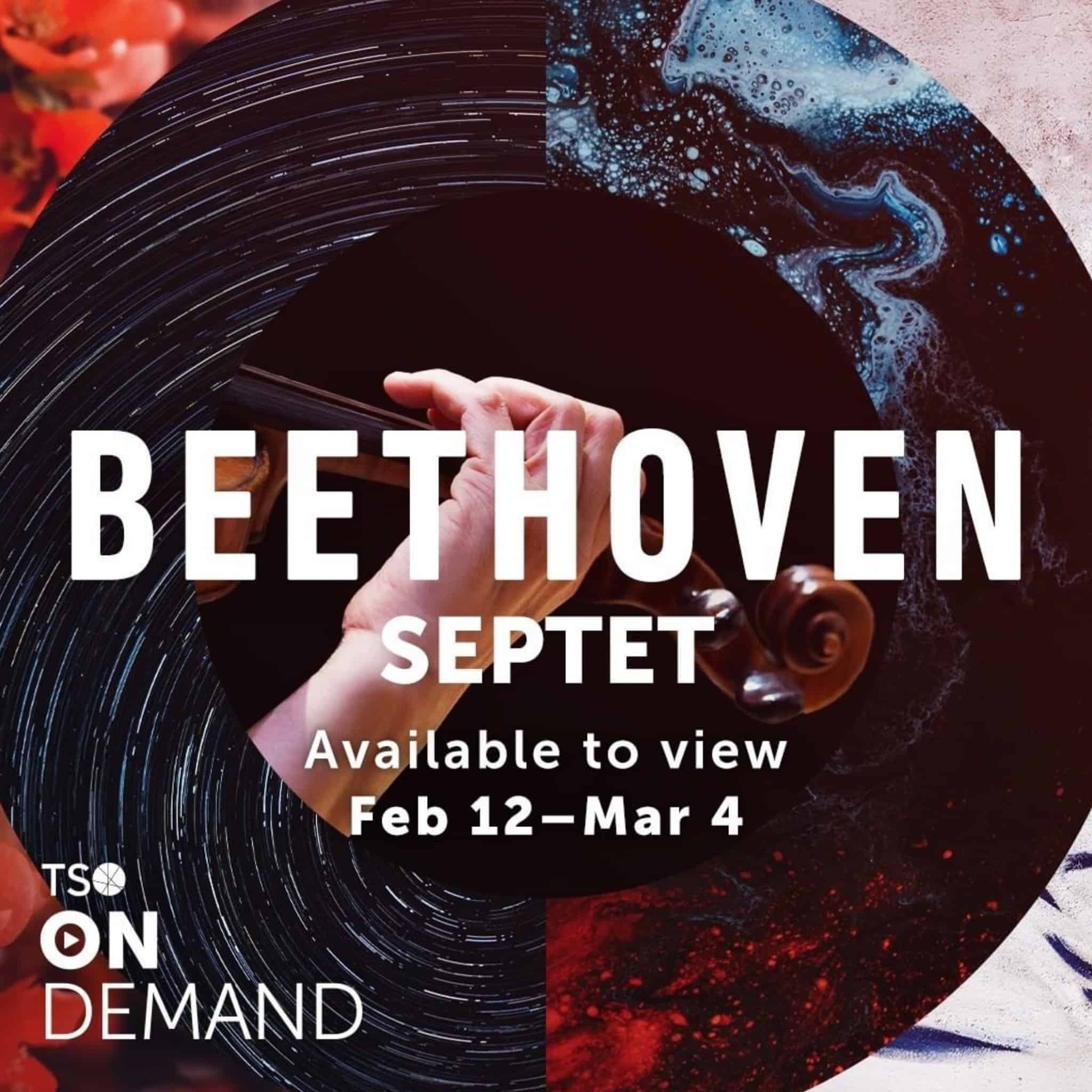 Tickets for the TSO’s Virtual Beethoven Septet and Vivaldi’s Four Seasons are now on sale!

The pandemic has ravaged the performing arts sector. It has been devastating to watch, and while it has affected all types of artists and arts organizations, the idea of members of an orchestra being separated indefinitely is particularly heartbreaking. So we’re delighted to see that the Toronto Symphony Orchestra (TSO) is persevering with their season, and has found a safe way to  bring music lovers virtual concerts featuring beloved classics.

In a recent announcement, the TSO shared that it will be offering On Demand concerts with two Masterworks programs: Beethoven Septet (February 12–March 4) and Vivaldi’s Four Seasons (March 12–April 1).

“While we very much miss being in the concert hall this season, I have been gratified by the music we have been able to produce online and on demand for our audiences,” says TSO Music Director Gustavo Gimeno. “And I am delighted to offer our viewers concert experiences that are enriching and musically adventurous by programming iconic classical works alongside works by living composers.”

Having purchased tickets to the Holiday Pops concert, we can assure you that these performances will be emotional and absolutely memorable. Whether you are a classical music aficionado or not, the powerful notes of Beethoven and Vivaldi will stir.

Both concerts were filmed at Roy Thomson Hall, prior to current lock-down measures, following all health and safety regulations. Get a ticket and look forward to filling your home with the sights and sounds of two of the greatest composers, ever. We promise that this will be a virtual event to behold.