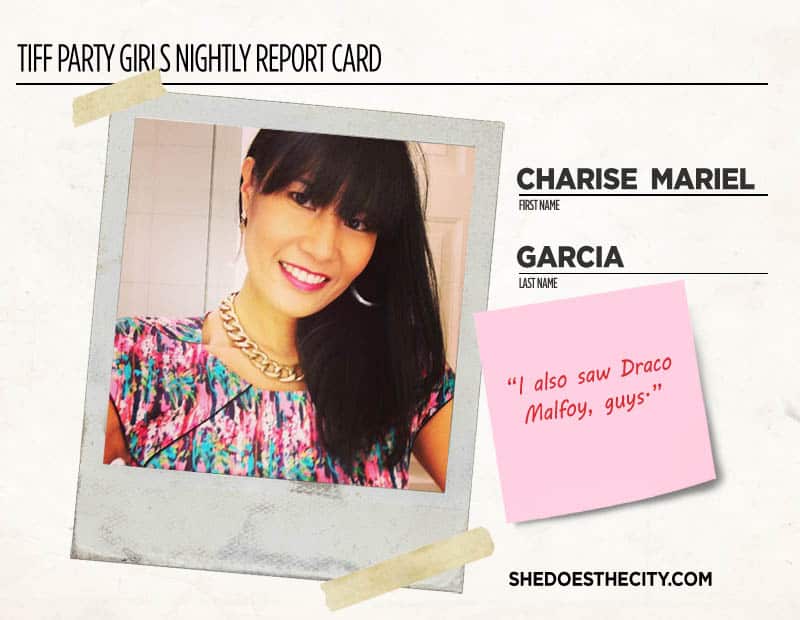 Describe your involvement with TIFF: One of my dear friends is a film director, so I was her +1/partner in crime for the evening.

Celebs in attendance: The film’s director, Kelly Reichardt, and its stars, Dakota Fanning and Jesse Eisenberg. Ewan McGregor and Jason Bateman, too.

Most exciting or noteworthy thing that happened: The whispers in the crowd that Harvey Weinstein was having dinner in the main club bar, and Jake Gyllenhaal was upstairs on the new rooftop patio. I also saw Draco Malfoy, guys.

What you ate: Dirty Burgers were being served at two in the morning…so much better (and dirtier, natch) than a glass of water before bed.

What you drank: My flute never went empty all night; topped up with Grey Goose’s Le Fizz.

Which statement best describes the party;

Two, three, and five, in that order.

If you could do it again, would you change anything? Two nights prior, I locked eyes with a handsome stranger… and when my brain started working again, I realized it was Clive Owen. I secretly wanted a do-over. Except this time, I would actually buy him a drink.