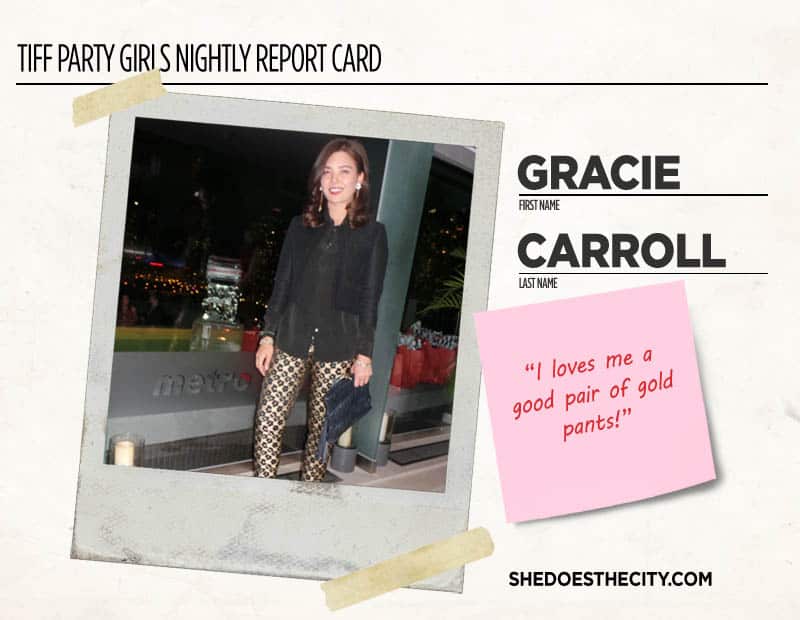 The party you attended last night: #MetroAtTIFF at the Thompson Hotel rooftop.

What did you wear? Joe Fresh jacket, Equipment blouse, Ann Taylor pants, Topshop shoes and earrings from The Outnet. I loves me a good pair of gold pants!

Hear anything interesting? Weird? Metro has a new grocery app! I am actually really excited about it, although I had no idea it was a party for the app until about half way through the night.

What you drank: MOET! And wine.

4. I liked the party but not sure it was really a “TIFF” party.

If you could do it again, would you change anything? James Franco would have appeared and decided to hang out with me all night.