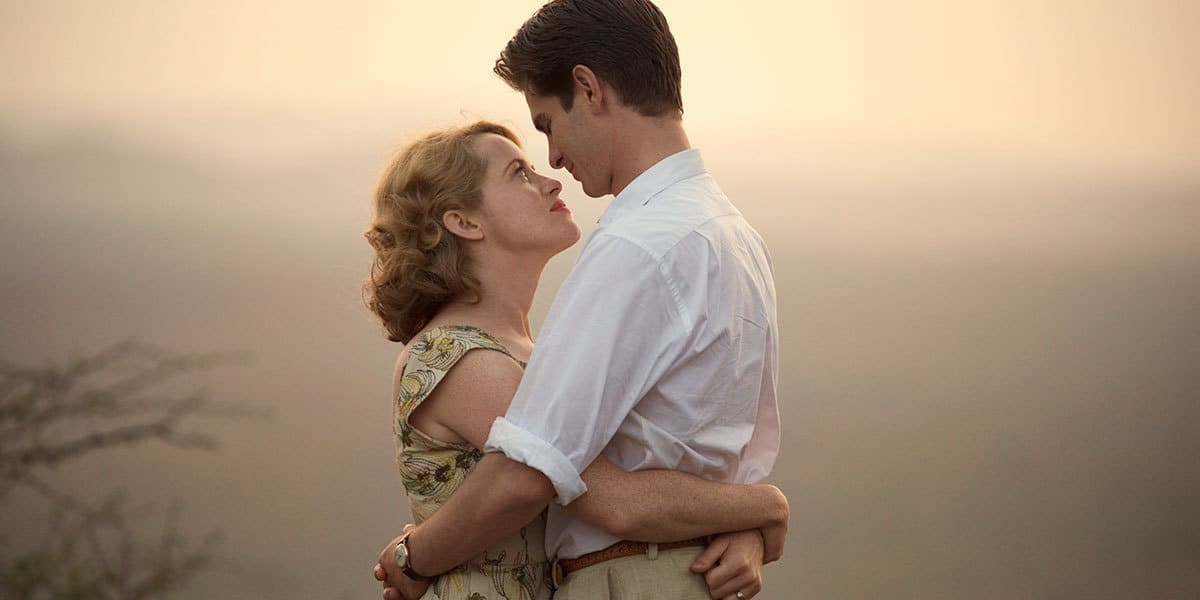 #TIFF17: Breathe Provides Filmgoers With a Sweet and Sexy Portrait of a Man Living With Disability

Representation matters. It’s 2017, and the love stories we see on screen are still disproportionately about straight, cisgender people, and able-bodiedness is practically a given. That we see so few examples of fun-loving people with disabilities who love and are loved in the romantic sense is lamentable. This is precisely why a movie like Breathe matters.

Breathe is famous motion-capture actor Andy Serkis’ directorial debut. Based on the true love story of Robin and Diana Cavendish, it stars Claire Foy and Andrew Garfield as a young couple who become disability rights activist when Robin becomes paralyzed.

At the film’s start, Robin and Diana are young and energetic newlyweds living an adventurous life abroad in Kenya. They go for hikes while wearing impossibly stylish clothing, and they attend languorous garden parties. Shortly before the birth of their first child, Robin suddenly falls ill with polio. He survives, but he becomes dependant upon a respiratory tube to help him breathe – hence the film’s title. The movie ultimately provides audiences with an important history lesson, illustrating how people living with physical disabilities were institutionalized in western liberal democracies like the United Kingdom well into the twentieth century.

Breathe is not a perfect movie. It makes the odd casually racist joke, and it turns the character of Diana into a martyr defined solely in relation to her family; however, despite its flaws, Breathe is still revolutionary as it offers filmgoers a portrait of a dashing leading man in a wheelchair. Robin is just as much the movie’s romantic lead after he contracts polio as he is beforehand.

In this biopic, Robin Cavendish is portrayed as charming, capricious, and lustily in love with a wife. He cracks jokes, cuddles, and gets tipsy on New Year’s Eve. When his friends come to visit, Robin is the life of the party. The film addresses Robin’s disability and how it complicates his desire to travel abroad or play with his son, but he is never defined by it. Because of Andrew Garfield’s thoughtful performance, Breathe challenges tired Hollywood tropes of disabled people as asexual and sickly. And that is a breath of fresh air…