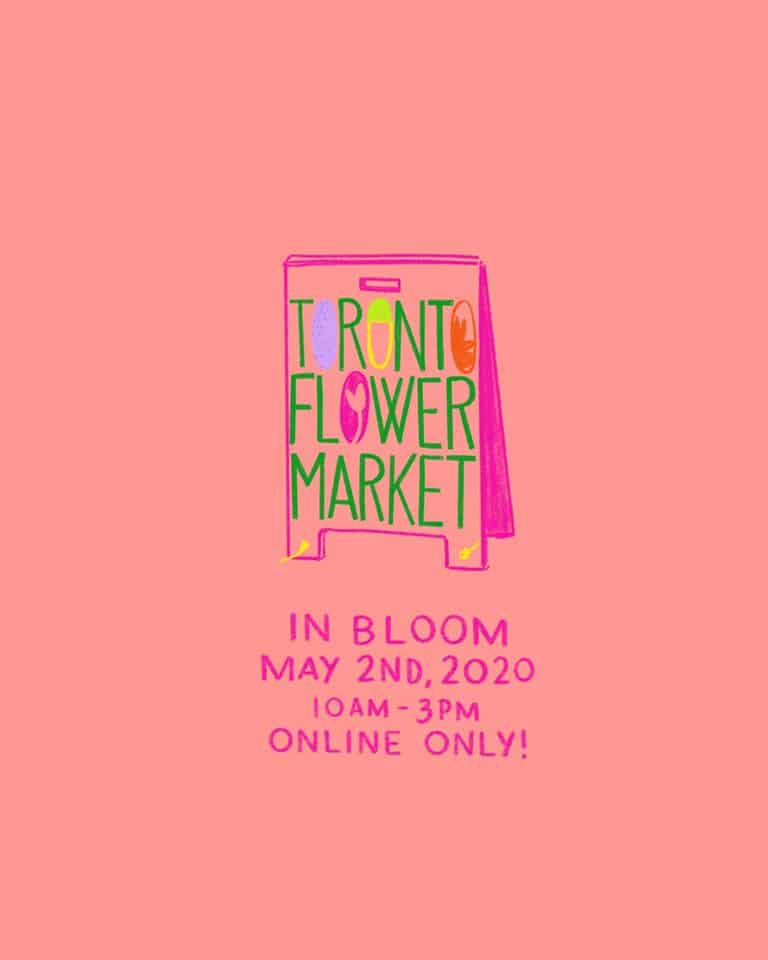 Toronto International Film Festival’s Stay-At-Home Cinema is a series curated from Crave’s extensive selection of titles, accompanied by conversations with special guests. This week’s films include Pan’s Labyrinth, Before Sunrise, and The Big Lebowski and will be preceded by virtual Q&As with the actors and directors streamed on Twitter, Facebook, YouTube.

The Breakfast Club started as a monthly morning meet up at The Broadview Hotel, but has since switched to weekly online meetings where guests can learn from a powerful female speaker and each other while also supporting local charities with a pay-what-you-can donation. The next edition is happening Wednesday at 9:30 a.m. and will feature life coach Brit McQuarrie and  a special musical presentation by Paula Perri.

Art in the Time of COVID-19

Art in the Time of COVID-19 is a panel discussion hosted by Myseum of Toronto that explores how we value art and artists during a time of crisis. Part 2 of the discussion is happening Wednesday from 3 p.m. to 4:30 p.m. With some of Toronto’s most influential arts innovators, this event will be moderated by Adil Dhalla (Artscape Daniels Launchpad), with panelists Andrés Sierra (Club Q), Mark Marczyk (URGNT), Tinesha Richards Morris, (Manifesto), and Randell Adjei (RISE.)This event is free, and available to anyone, anywhere, but you need to register. Once registered, you will be sent a link for viewing.

Join Revue Cinema on Wednesday at 7 p.m. for a live tweet-a-long of Joe Johnston’s best superhero movie, The Rocketeer. Follow along through the Revue’s Twitter account and use the hashtag #revuetweetalong. The Revue will also be accepting donations during this online event to help its programming team affected by the theatre’s temporary closure.

The citizen-led weekend of neighbourhood walking tours, in honour of Canada’s legendary urbanist Jane Jacobs, is doing things differently this year! Choose from a selection of livestream walks , self-guided walks or 3D walks. Riverside Public Art in and around famed Degrassi Street, Medicine Wonder Wander along Niwa’ah onega’haih’ih (colonial name: Humber River), Casa Loma District, are just some of the many fascinating walks to choose from!  We can still safely explore in quarantine. Check out the interactive map and plan your route.

The Revue’s Tweet-A-Long series continues Friday at 7 p.m. with the 2003 teen comedy film What A Girl Wants, presented by Penguin Teen Screen. Follow along through the Revue’s Twitter account and use the hashtag #revuetweetalong. The Revue will also be accepting donations during this online event to help its programming team affected by the theatre’s temporary closure.

Join DJ Blush (Saturday Night Jukebox Party, My Bad, 80s Mixtape Party) on Friday night as she dances her way into another year! She’ll be throwing her own birthday party live on Twitch from her living room beginning at 9 p.m. and playing all the soul, disco, funk, new wave, post-punk, indie rock, synthpop, RnR, and dance rock she wants to hear.

Bring some fresh blooms into your home courtesy of Toronto Flower Market! The digital market will be open Saturday from 10 a.m. to 3 p.m., with deliveries taking place throughout the week of May 4 to arrive in time for Mother’s Day. The market will also be hosting Instagram Live programming throughout the day, including city grower Sarah Nixon and still life photographer Kristin Sjaarda in conversation, a greenhouse tour at Pioneer Flower Farms, field-grown flower tour at FairyPatch Flower Garden, activities with kidKind, and more!

Wavelength is partnering with Music Together to present a full day of livestream performances on Saturday! 10 artists will perform back to back beginning at 5 p.m., including DJ Shub, The Weather Station, Allie, World News, MADDEE, SATE, WILL, Beatchild & The Slakadeliqs, Michael Peter Olsen, and Gurpreet Chana.

Put your knowledge, senses, and pop culture savviness to the test at Question Everything Trivia, happening Saturday at 8 p.m. Hosts Ari Xenarios and Arianne Tong will take you through three rounds of movies, music, television, and random general knowledge for a chance to win an UberEats gift card and bragging rights. To play, you’ll need to register on EventBrite, nominate a team captain, and tune in on Zoom. Half of the proceeds from this PYWC event will be donated to the Toronto Humane Society.

Drunken Cinema and The Revue invite you to Windsor College to celebrate Wes Craven and Kevin Williamson’s critically-acclaimed horror sequel, Scream 2, this Saturday at 8 p.m. Follow along through the Revue’s Twitter account and use the hashtag #revuetweetalong. The Revue will also be accepting donations during this online event to help its programming team affected by the theatre’s temporary closure.

With It returns with resident DJ Nico spinning her usual brand of ’60s mod, soul, R&B, R&R, garage, funk, and more from her apartment! Tune into Twitch on Saturday from 10 p.m. to midnight. If you’d like to pay “cover,” funds will be redirected to The Piston (With It’s usual homebase) via PayPal.