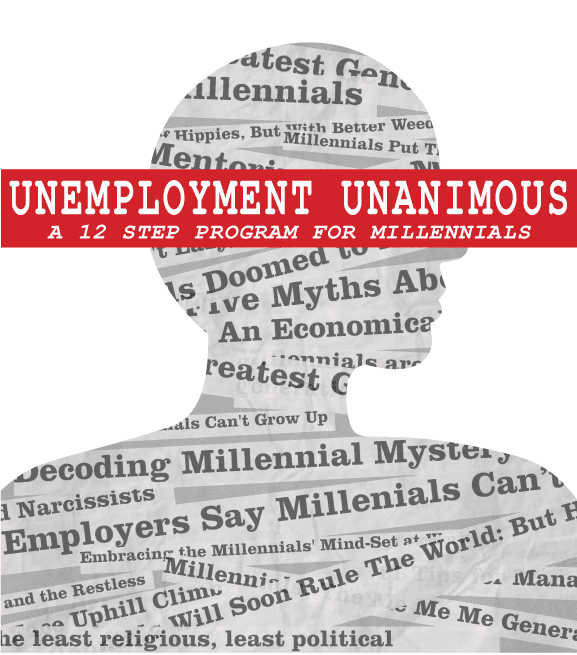 "Theatre that explores potentially controversial topics is totally my jam. I could rock out all day long to debates sparked by these types of theatrical creations. In my humble opinion, this is the type of art we should strive to create all of the time."
Events & Culture

For some time, the general population has been under the impression that Millennials have been groomed by society and our parental figures to expect to attain certain milestones in life at very specific times (get a job, get married, have a baby, go on vacations). The failure to achieve these goals in the expected timeline has created a generation of young adults who are disillusioned and bitter about the number of things that must be sacrificed in order to achieve a perceived version of success. It’s The American Dream gone wrong, handed down to us by parental figures who have worked to give us everything they never had without reinforcing the idea that sometimes life just ain’t fair, kid. We’re standing with our degrees in one hand, and a barista’s apron in the other, unsure of what our future will hold and devastated that our hard work has so far not yielded our interpretation of success.

Theatre that explores potentially controversial topics is totally my jam. I could rock out all day long to debates sparked by these types of theatrical creations. In my humble opinion, this is the type of art we should strive to create all of the time. When I was invited to see Project Boomerang’s Unemployment Unanimous I was particularly excited to see this piece knowing that it would cover a couple of popular cultural issues that I find debate-worthy: the idea that students who have just graduated from University must work entry-level Joe-jobs to make ends meet despite having a degree, and the idea that those recent graduates who were groomed to believe that they would be able to find jobs in their field upon graduation are now grappling with a frustrating reality.

Charming and innovative, the piece was presented as an interactive Support Group in which the 9 members of the ensemble played among the audience on all four sides of the performance space. Each individual in the group was to be broken of his or her ideals about following their dreams in a 12-step program designed to inspire the participants to “give in to capitalism.” A combination of monologues, dance, multi-media and audience participation were used to give rise to the idea that in order to sustain oneself in our current society we must be willing to sacrifice our humanity in favour of obtaining a career to support even the most basic of our financial needs.

This was Project Boomerang’s first incarnation of this piece, and considering the concept is still in its infancy, I believe that it has the potential in time to make some very interesting and poignant statements about what it means to be a University graduate in 2014.

Engaging in their execution, the ensemble offered some wonderfully comic moments that I hope to see pushed further in the piece’s next iteration. However, at this point in its development, the tone of Unemployment Unanimous was perhaps a bit too sarcastic to dispel the suspicions that Millennials feel entitled. Making choices and sacrifices for the types of things one desires in life can not necessarily be written off as “giving in to capitalism.” Certain sacrifices for the kinds of lives one chooses to live (including working a job with a more flexible schedule and higher turnover rate in order to pursue a career that demands much of your free time… like acting) are decisions that are indicative of the transition into adulthood, and they are neither comfortable nor fair.

On the whole the piece was intriguing and entertaining and seemed (perhaps unintentionally) to be more about coming to terms with the realities of becoming an adult than it necessarily did about struggling as a recent graduate in an economic downturn. “Giving in to capitalism” is one way to look at it, definitely. Setting yourself up with a life that affords the time to create art is also another way to see it. It’s up to the beholder to decide which one feels more positive.

"Theatre that explores potentially controversial topics is totally my jam. I could rock out all day long to debates sparked by these types of theatrical creations. In my humble opinion, this is the type of art we should strive to create all of the time."