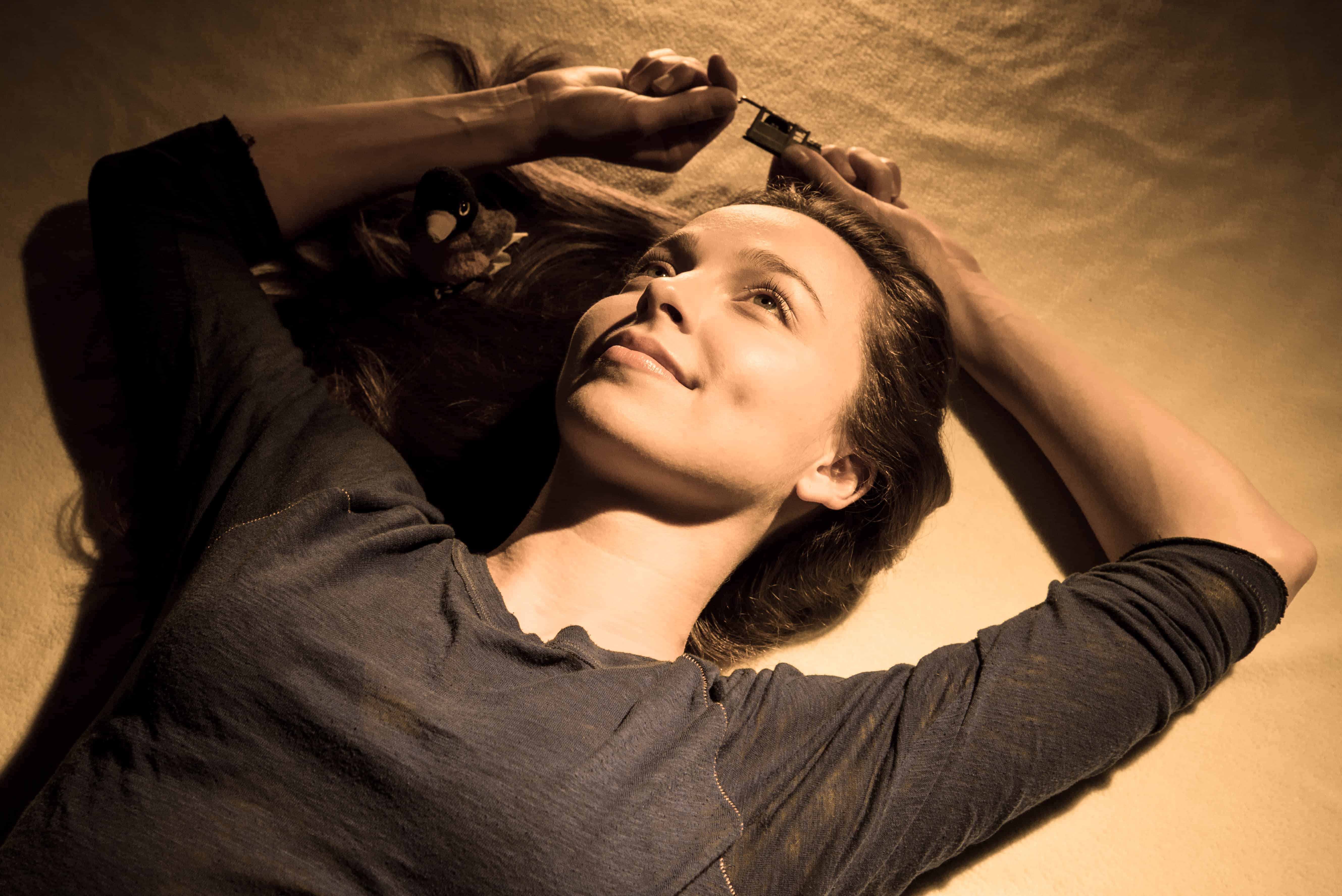 Vanessa Smythe on the Complexity & Contradictions Inside Us

Vanessa Smythe is an actor, writer and singer whose credits include Designated Survivor (ABC), Saving Hope (NBC), Murdoch Mysteries (CBC), and her original show, In Case We Disappear. She has worked with Canadian Stage, Company Theatre, Crow’s Theatre, fu-GEN Theatre, Young Peoples’ Theatre, and Talk is Free, and she is the Performance Poet in residence at Outside the March.

This week, she stars as Linda Ramone in Four Chords and a Gun, a dark comedy about the Ramones during the tension-filled period in the late 1970s when they partnered with Phil Spector to record End of the Century, now the stuff of musical legend. 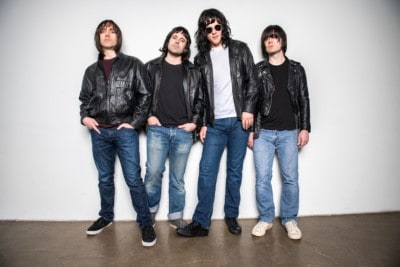 SDTC: What was your first intro to the Ramones?

LR: I remember this group of hardcore punk kids at my high school, who I was always drawn to but never felt bold enough to befriend. They were really into the Ramones. So I could tell their music was cool but didn’t know it intimately. I knew the more popular songs and always felt a charge from them, but it wasn’t until working on this show and reading about these guys that I really got into them with more appreciation.

What was the biggest challenge in playing Linda?

When I first read the script, Linda had a smaller part. She is described as “desperate to love and be loved”. That, though perhaps a bit simple, made immediate sense to me, and I was interested in doing it. The cool thing is that our director Richard really fought to increase Linda’s presence in the play (something I believe playwright John Ross Bowie wanted as well), so more scenes were added where we get a greater sense of her. Now she’s more complicated. She’s strong. She’s exciting. Flawed.

The biggest challenge is probably just trying to do her justice. I see her as something of a keeper of the Ramones. Even now, in real life, she handles some of their estate and works to preserve their legacy. To me, she’s the most genuine and original fan. I think the challenge when playing any actual living person is to adequately honour them, perhaps not by imitating them, but by celebrating and hopefully representing their spirit.

You are the only woman in the cast; what was that experience like?

Well, to be honest, many of my closest friends are guys, so it does feel a lot like I’m hanging out with people I’ve known a long time. I have to say this particular group has been really great. They’re all super respectful, courteous, passionate, generous, and fun. And we work hard together. It’s a great dynamic. Also, the stage management team are kick-ass women, so we all secretly know who’s running the show. 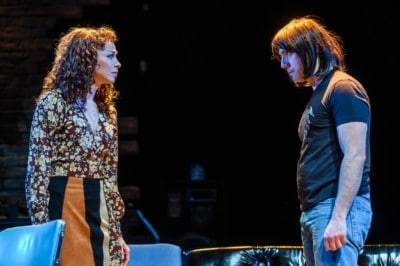 I’m big on checking in with myself. It’s less of a mantra and more of a ritual. Especially when I’m doing shows, I like to ask myself, “How’s it all going? What’s it for? What are you after?” I’ll write daily—a few times a day, even—just to become aware of my brain, of my thoughts, of what I’m clutching. It can be easy to slip into a place of ego, a place of caring what people think. But as often as I can, I try to remember why I do this work, and why I do anything I believe in. Because we’re only here a short while, right? Might as well really try and give ourselves to something we love.

Who or what has had the greatest influence on your acting career?

Oh, this is a great question. It’s got to be several special separate things. I think of the way my first acting coach talked about the role of the storyteller: what you give, and what it gives you back. I think about the movies that put me back together when I was most sad, and how I wanted to do that for people—give them hope. I think about shows I’ve seen where someone writes their life’s greatest fears and loves and secrets onto a stage and then they are also funny(!).

Even being in the room with these actors, I’m constantly reminded of how much I admire the challenge of it. It’s ridiculous, if you think about it, to strive to be private in public. To give our most intimate moments to an entire crowded room. But isn’t it also beautiful? That human beings feel compelled to do that?

The answer is everything. The stories I see around me. Lately I’m most inspired to do what I do when I’m tucking my nephews into bed and I tell them some ridiculous high-stakes story. I see their eyes and feel how rapt they get. That’s when I remember why I do this.

First, I hope that fans of the Ramones can really feel acknowledged. I feel like this show is for them. But more broadly I hope that audiences see the curious, troubled, but impassioned people who make some of our favourite art. To me this show gives us various people at their breaking points—people who have so much to give but aren’t sure where to put it. I hope people can witness the complexity and contradictions that are inside all of us and maybe feel a bit more compassionate to each other because of it. That, and I hope people blare Ramones music all the way home.

Four Chords and a Gun opens this Wednesday, runs until April 28 and then moves to the Broadway Playhouse in Chicago for two months. Grab tickets here.