Have you been to the ROM’s Vanity Fair Portraits exhibit? You really  must go. The salacious and smart glossy gave us pregnant Demi, scandalized Jen, took on the Tobacco industry, and revealed Deep Throat’s identity-all while remaining true to their dictionary definition, “A scene of ostentation or…amusement and frivolity.” 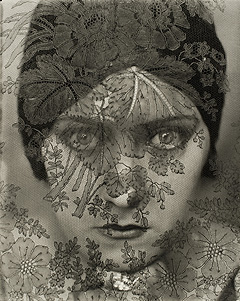 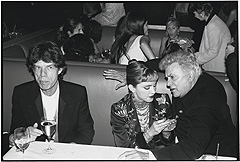 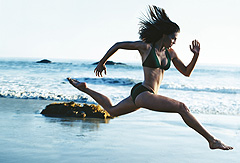 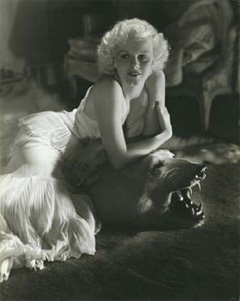 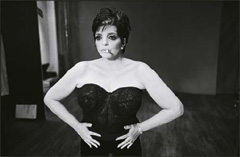 Of all the memorable moments contained within the hallowed pages of Vanity Fair, (Vogue’s cheekier, society-intellectual cousin), most iconic are the photographs. From the pages of the magazine come some of the most recognizable, and definitive, images of the famous (and infamous) of popular history. Now on exhibit, nestled high above Bloor St. in The Crystal, are the best and brightest of these captured moments.

From a cross Katherine Hepburn captured by Cecil Beaton, to an old-world image of Madonna crowned with inky black feathers by Mario Testino, to intimate moments between historic lovers like Douglas Fairbanks Jr. and Joan Crawford, or Jessica Lange and Sam Shepard, this exhibit gives you a history lesson, satisfies your guiltiest paparazzi-fueled appetite, and inspires awe at the celebrated men and women from all walks of infamy-literary minds, athletes, royalty, Hollywood royalty, real-life heroes. Stoic 9/11 firefighters hang on the same walls as Mick Jagger ensconced on a velvet banquette, and corseted, preened Hollywood heroines in a sumptuous, palatial setting-capturing the contrast of contemporary culture.

Around the time your Grandpa was being concieved, so was the concept of Vanity Fair.  1914 saw its first publication under that name. Editor Frank Crowninshield drew some of the best writers of the era, including Aldous Huxley (whose portrait hangs in the exhibit), T.S. Eliot, Gertrude Stein, and Thomas Wolfe. The magazine was shut down in Depression-era 1936, but in 1981, the era of indulgence, Vanity Fair was re-born. Helmed by Richard Locke, the former editor of the New York Times Book Review, the magazine returned as a bastion of controversy, a cultural barometer, and a playground for some of the sharpest minds and talents of the century.

Like the exhibit itself, Vanity Fair has always been a work in contrasts-in-depth journalism printed beside romping Hollywood starlets, biting satire, and glossy ads. Esteemed photographers like Annie Leibovitz, Nigel Parry, Mario Testino, Herb Ritts, and Bruce Weber, have all lent their lenses to the pages of the magazine, and the resulting images have secured a place in history for both artist and subject. This exhibit offers a chance to appreciate the scope and history of the publication that has withstood the test of time, endured lawsuits from Roman Polanski, disappointed Miley Cyrus fans, and outed Lindsay Lohan’s drug habit.

Strolling around the airy exhibition room, you can’t help but be struck by the weight of history hanging on the walls-a portrait of Diana reminds us of where we were when the Princess was married, and when she passed away. Aldous Huxley’s dark gaze reminds us of our youthful readings of Brave New World, and the titillating subject matter that opened up an adult world and a new way of thinking. The images provoke conversation-why did Rachel McAdams decide not to pose nude next to Scarlett Johansson and Keira Knightley? (Leibovitz replaced her with a clothed Tom Ford.) How is Hilary Swank that built? You’ll learn that Jennifer Aniston’s post-Brad cover outsold Demi Moore’s pregnant belly and TomKat’s offspring, and most of all-you’ll be overwhelmed by the beauty of the images, from ostentatious and outlandish sets to simple and searing black and white portraits.