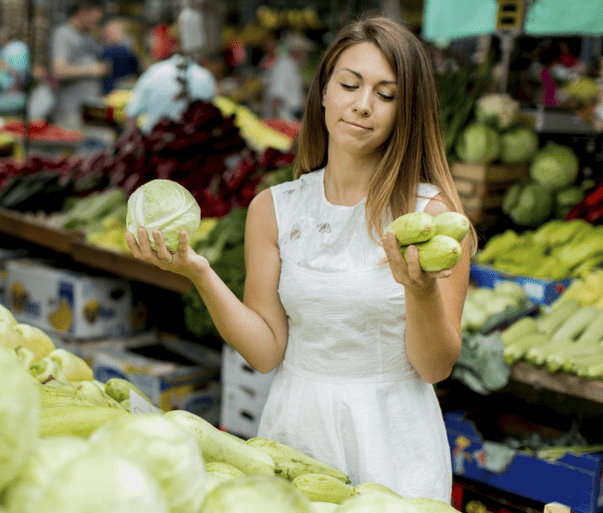 About six months ago, I became a vegetarian, and I’m trying really hard not to be a jerk about it.

My diet change came as a result of writing for an eco-conscious website that promotes environmental awareness, including conservationism and animal rights, among other eco-friendly topics. After watching a number of depressing and horrifying PETA videos, and then reading equally depressing and horrifying literature on farm factories, I felt pretty hypocritical about promoting a veggie lifestyle as I dug into my steak dinner.

Friends will ask; “Why did you decide to go vegetarian?” It’s a reasonable question. Only an estimated 4 per cent of Canadians follow a vegetarian diet, and I’m pretty sure that’s how many people who haven’t watched Game of Thrones, so it deserves an answer. Most recently I broke the news to my cousin at my birthday dinner as he eagerly dug into a meat-filled tortiere. Admittedly, I felt apologetic about my new lifestyle. I didn’t want to sound as if I belonged to a “movement,” or be labeled a “tree hugging hippie” (despite the fact that I do think trees and (most) hippies are cool).

Here’s the thing, though: I continued to eat steak dinners at The Keg or hamburgers at summer barbecues because it was just what I was used to eating. It was a habit. And like most habits, it was more of an unconscious, knee jerk reaction. I didn’t stop to think about what I was putting in my mouth. Oh, sure, I’m aware of calories and fat and all of that, but I wasn’t conscious of how this filet of meat came to be on my plate. Like, we all know it was once a living and breathing animal, right? But where was it raised? How was it raised? How was it…killed? How many miles did this filet of meat have to travel to appear on the shelves of my local grocery store?

I find myself asking more questions about the other things that I consume or find myself doing out of habit that could negatively impact our planet. I’m conscious that the beauty products I used to buy on sale are actually filled with not-so-cool chemicals and were probably tested on animals. So now I purchase cruelty-free and organic products, including cleansers and other everyday items. I’m conscious that the TV and DVD player and that lamp I’ve had on all day are using up energy, so they’re unplugged now and will only get turned back on when I actually need to use them.

I’m more diligent with composting and recycling. I love my long showers and baths, but I’m doing the best I can to curb them in order to save water. I even tried to brush my teeth in the shower a couple of times, but that felt weird to me so now I turn the tap off while I’m brushing my teeth. Peeing in the shower isn’t really my thing, but I’m not totally against it. I get extremely cold in the winter, but I’m layering up on clothes and blankets to keep the thermostat down instead of my habit to crank it up.

These are all stupidly easy gestures, right? Often the simplest things reap the biggest results, especially if we all do our part. Just doing something consistently like turning off all unused lights can make a world of difference.

I don’t want to turn into Leonardo DiCaprio or anything. The last thing I want is to knock on someone’s door and preach that my way of living is better. But being more conscious of my lifestyle and the world around us has profoundly changed the way I think and interact with my environment – both my personal one, and the one we call Mother Earth.

Damn. Maybe I am Leonardo DiCaprio.