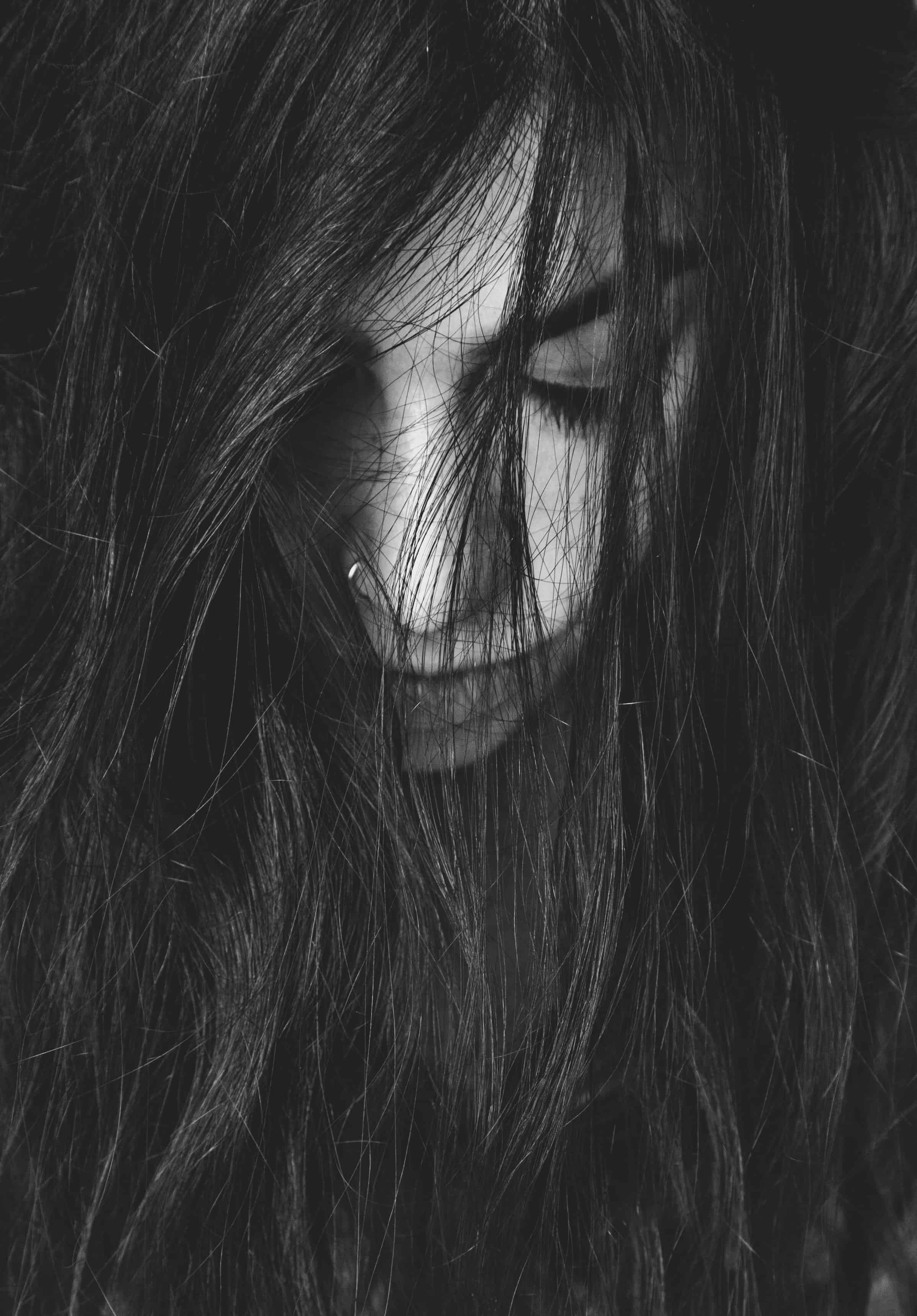 Last month, Shedoesthecity partnered with We-Vibe to host Arouse: Erotica Writing Contest – our sexiest contest to date. We asked you to send us your dirtiest, lustiest, most sensual stories for a chance to win some extremely hot prizes. You did – and we couldn’t be happier with the submissions we received.

This week, we’re sharing the top 5 winning entries. The following is the WINNING submission, written by Star Darkely. CONGRATULATIONS!

Kate drove over the half-inch metal lip at the entrance of the bar. Her motorized wheelchair jostled slightly. Outside, the already crisp fall air suddenly lashed her bare knees and blew up her tight black miniskirt, just grazing her crotch like an iced breath. She wondered, as she always did in tight short skirts or dresses, if her underwear was showing. It’s tough to dress sexy when you’re always seated in a wheelchair, without overdoing it or seeming desperate.

Kate had normal sensation everywhere, but it was impossible for her to move on her own; to cross her knees seductively or raise an arm high enough to run her perfectly oxblood-lacquered fingertips through her soft, brown wavy tresses. The sequin of her tight-fitted, black racer-back top suddenly itched just beneath her right ribcage. Grinding at the itch against her backrest didn’t seem to help much and Kate thought about how much it sucked not to be able to reach around and scratch yourself – not to be able to touch yourself when you wanted. As Kate pressed her lower rib cage into her seat, the rocking motion made her pussy tingle. Unintentionally, Kate was getting wet.

Although she had horrible balance and couldn’t fight gravity, and although she had never been able to ride her lovers, Kate imagined herself rocking her pelvis cowgirl-style over the slick, sweaty torso of a faceless lover. Pushing her pelvis back and forth…back and forth in her chair, Kate gripped the sides of her table with both hands, turning the fingertips under her signature oxblood nail polish white. She imagined her wet pussy and throbbing clit gliding along his already slick midsection as her rocking motions thrust his engorged cock into her over and over. She pictured how his strong hands would grip her hips to rock them faster. She fantasized about how his grunts would sound as a trickle of sweat collected in his collarbone. As her speed picked up, she tossed her head back.

Ah fuck! Escaped like a loud half-grunt, half-whisper under Kate’s breath. For a split second, she wondered if anyone had heard.

Kate’s rocking picked up speed. She felt her pussy juices ooze into her panties, as she imagined herself bucking wildly atop her lover.

Oh God…urgh! Fuck! Kate grunted as her pussy started to convulse. The tray she had been gripping was now damp with her sweat.

Outside of the jazz club, Kate stopped gyrating in her seat and looked around. No one was out here. Kate had hoped there would be at least a couple of people to talk to, standing around outside smoking, but the front of the club was dead. Just a few streetlights shone along the wet pavement, reflecting the light onto her lacquered kitten-heeled black shoes. But what was the point of wearing sexy shoes or anything alluring at all when men didn’t notice you?

There was a slight break in the music from inside the club. Then suddenly, Miles Davis’ So What started up, just as Kate swivelled her wheelchair around to drive back into the club. Just there, right in front of her, leaning on the doorframe – there he was. Dressed in a casual grey tee under a black blazer, sporting blue jeans and new-looking dark runners, he smiled. A red wash of light illuminated his figure as the streetlights somewhere behind them changed. He was gorgeous and exactly Kate’s type: chiselled features, 8-12 hour stubble, bedroom brown eyes, and just the slightest mischievous slant to his beaming grin.

As he waved just a little at Kate, she noticed his hands. Kate was a sucker for strong, smooth hands on a guy. Not so baby-smooth as to be idle, but clean with trim, neat nails; long, agile fingers with strength and determinants of motion from the rippling biceps and forearms that Kate could make out even under that blazer.

“Hi,” came rich-toned with a slight chuckle from the handsome doorway stranger.

Had Kate been staring? She noticed that her jaw was just slightly open. Feeling a little embarrassed:

“You out here all alone?” He smiled again, coming closer for a handshake.

Uh oh. The troubling thought flashed through Kate’s mind that she was outside of a club with a total stranger. Gorgeous or not, Kate didn’t know this guy.

“I mean…I think I saw one of your girlfriends looking around for you,” he said as if reading her thoughts. “Maybe she thinks you ditched.”

“Oh, no” came with a nervous chuckle. “Just getting some air.”

“Thought I was gonna be alone out here,” he stepped closer again and looked directly into her eyes, “but I’m glad I’m not.”

Kate didn’t know if it was the haze of the light smoking out the dark brown hue of his almond eyes that made that statement sound so sultry, or the lush velour of his voice, but suddenly her arms felt weak and limp. I should just go inside, Kate thought. This isn’t going to go anywhere. I’ll be going home alone anyway. Kate…why are you torturing yourself?

But then Richard uttered two words Kate thought she would never hear from a guy:

“Nice shoes,” he said and smiled, just a little consciously.

Nice shoes? No way. Kate unconsciously raised an eyebrow. This was preposterous coming from this dark, jazz club stranger. Kate hadn’t known until her best friend Ella mentioned a couple of weeks ago that “nice shoes” was the universal euphemism for “wanna fuck?”

Kate…on a chick that doesn’t walk?

Kate hadn’t noticed, but the irony of her internal dialogue had made her chuckle a little.

“Uh…nothing! Sorry,” followed by an awkward pause and, “thanks. I guess I don’t get many shoe compliments.”

“It is?” It suddenly dawned on her that perhaps this Adonis really was propositioning her. Kate felt her heart beat a little faster.

“Yeah,” he nudged her playfully with his hand on her upper arm, “I mean…I know it’s forward. I’m not usually…but there’s just something about you. You can tell me to fuck off—I’d totally deserve it,” he backed away a little.

“Okay. I feel a little less like a jerk,” Richard’s body relaxed and he started to pivot toward the door. Kate realized that she had to act. She didn’t know this guy, but this was exactly what she had been waiting for. Carpe diem, she told herself. Don’t let this guy go back into the club. You’ll never see him again.

“Richard,” she wheeled up close to him. “You’re gonna say something like that to a girl without even kissing her first? I mean…what if you’re bad kisser?” She winked, emboldened.

Richard suddenly came level to Kate, balancing on his black, patent leather shoe-heels. Normally, Kate hated this move. It made her feel patronized for some reason when able-bodied people bent down to meet her gaze, but right now all she could feel was a lump in her throat and the wetness in her panties.

“Only one way to find out,” he leaned in to meet her lips with his and slowly, sensually, kissed her. The motion of their mouths was a perfectly harmonious dance as the kiss deepened. A green luminance bathed their misty figures as the streetlights changed again.

“I have to admit…I hadn’t given much thought to how this would go,” Richard whispered half- nervously, half-seductively, inches from Kate’s face. The single lamplight next to her bed washed them both in a subtle, warm glow.

“Me neither,” replied Kate. “This isn’t normally something I do.”

“But can you—” Kate felt his smooth, strong fingers glide along her inner thigh slowly, under her skirt, “feel that?”

“I can,” she gasped a little and kissed him deeply. “I can feel everything. I just don’t have a lot of muscle strength. I need help—” she stopped. All this cripple talk was going to ruin the mood.

“More than okay,” Kate smiled with a glint in her eye as Richard’s now bare arms slipped easily under her legs and behind her back. He lifted her out of the wheelchair with ease and confidence. Kate felt light as a feather.

Richard lay her down on the bed and stood over her for a moment, staring down at her. Kate wondered if he might have second thoughts. She was, after all, a very acquired taste. But then he leaned forward and—supporting himself with one arm on the bed next to her head—said, “You are so sexy.”

Kate was speechless as she felt Richard’s hands suddenly glide under her sequined top. The smoothness of his skin was a soothing balm over her stomach, ribs and tits. Still standing at the side of the bed, with one hand caressing her chest, he slipped the other under her skirt and pushed it up past her thighs. He stroked her gently, lusciously over her sheer black, completely soaked panties. As Kate felt herself getting even wetter, her eyes shifted down to the bulge in his pants and she reached out to cup it. Richard’s hand was now inside her underwear, alternating between circling her clit and fingering her. Kate moaned. She had a fetish for coming in her panties. The feeling of the lacy fabric tugging at her hips and waist as it draped the rippling motion of his fingers drove her crazy.

“Mmmm…one more,” he muttered and looked up mischievously as he pushed three fingers into her swollen pussy. Kate felt a wet pinky finger push against her asshole, teasingly. She moaned with pleasure as he slid it in gently, slowly, while continuing to finger fuck her. As he sucked hard on her clit, Kate came so hard she thought she might lose consciousness.

Richard’s body slid along her torso carefully, agilely. Sweat glistened on his shoulders and forehand as his face came up to meet hers and he kissed her deeply. She could taste herself on his lips as his slippery hands circled the small of her back. Suddenly, he gazed into her eyes with an intoxication she hadn’t seen since her ex.

“I want to feel your lips around my cock and then you’re going to tell me exactly how you like to be fucked.” As Richard spoke, Kate’s juices glistened around his mouth. She smiled slyly and started to reach her hand down.

“But first—” Richard caught her wrist before her hand met his cock, “I want to tell you something, Kate. I want to see you again. I don’t know you and you don’t know me, but…I really want to. This is all new for me. I’m not going to pretend I know what I’m doing here, but I want to learn. I feel like you don’t believe me, but you are one of the sexiest women I’ve met in a long while. I can be a real dumbass, but the best thing I’ve done all week, by far…was compliment your shoes.”