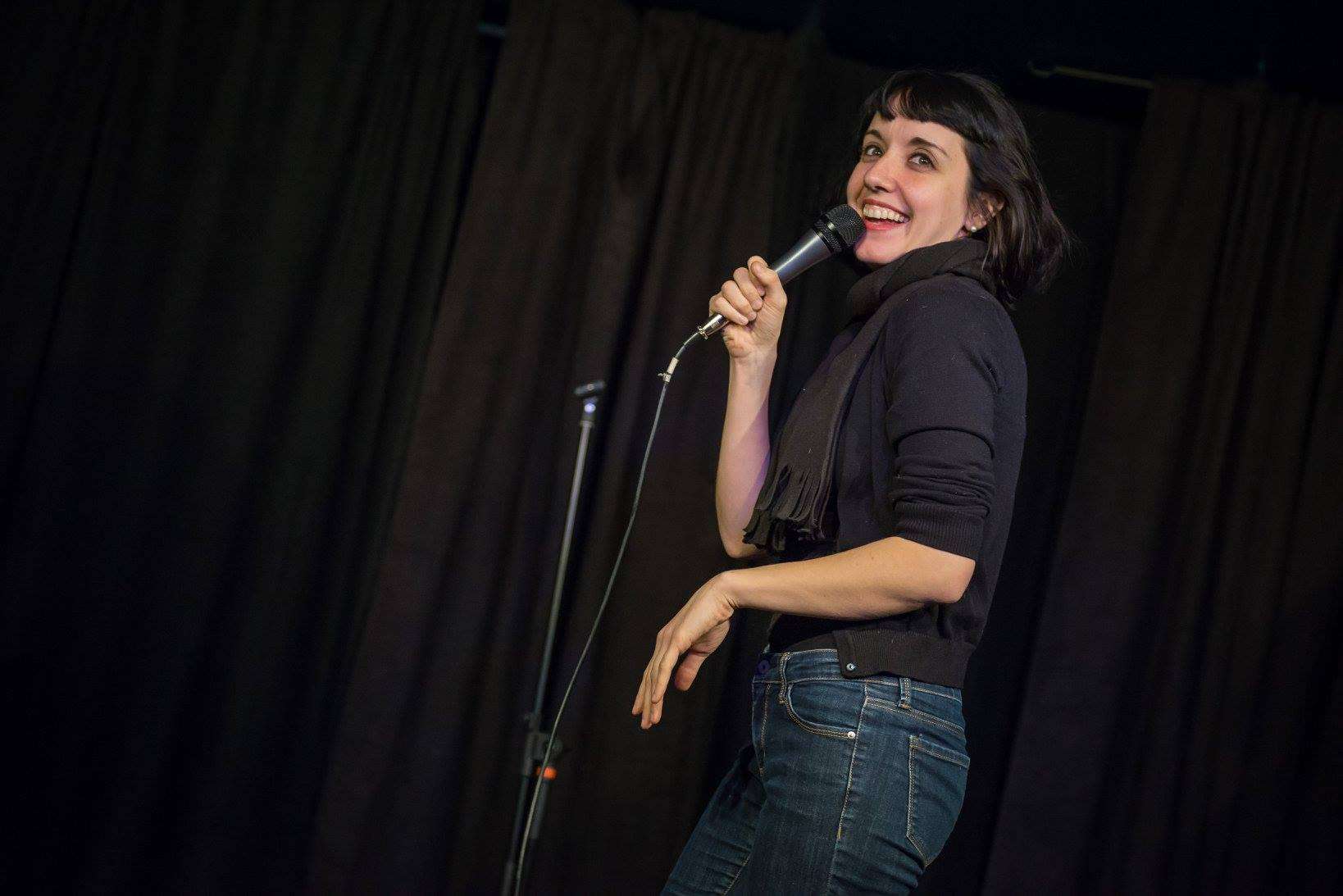 Wanna Be A Stand-Up Comedian? There’s A Course For That!

If nerves are standing in the way of your stand-up comedy debut, help is on the way. A new course, led by SDTC writer and hilarious comedian Jess Beaulieu, is coming to Comedy Bar this summer.

At Comedy Girl Level 1, you’ll explore premises, brainstorm ideas, and share stories in a positive, supportive, totally fun space. You’ll learn the fundamentals of stand-up joke-writing, and hone personal narratives into well-crafted comedy routines. Expect to finish the class with a polished 5 minutes of working material, which you’ll debut at a final class recital show! We chatted with Jess to get the deets.

SDTC: Do I need to have natural ability?

JB: None! Of course the more performance experience the better, but the class is for total beginners. Some people might have never stepped foot on a stage before and others might have done it a few times at weddings and some maybe went to theatre school for years. But everyone will be new to stand-up comedy, which is its own beast. And if you are kinda frightened by public speaking or the idea of making people laugh by talking into a microphone, then you 100% should do it. Push yourself!

How can I prepare?

The only prep I would suggest is making sure you can attend as many classes as possible so you never miss out, AKA check your calendar, GIRL. But also jotting down some funny stories or clever ideas or topics you’d like to attempt to morph into jokes would be excellent. We will do a ton of brainstorming in class, but already arriving with experiences and opinions and subjects to be inspired by is huge. Maybe think about what comedian you see yourself in most. That’d be great too.

Any tips for first-timers?

Practice as much as possible by writing lots of jokes and memorizing them totally so you feel prepared and confident heading into the show. Bring tons of energy to the stage, be sure of yourself and if you misstep, just keep going ’cause the audience likely didn’t notice. Above all HAVE FUN! Sometimes comedians forget that yes this is work but it’s also supposed to be at least somewhat enjoyable. If you’re not having fun, it’s unlikely that the audience is. So go up there and let loose and party, friend.