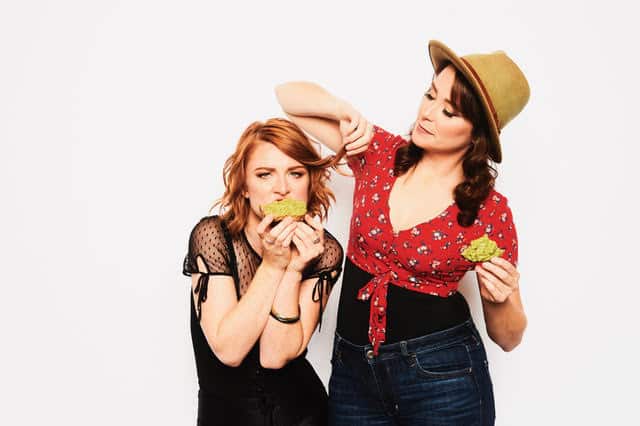 Created by Perrie Voss and Heidi Lynch, Avocado Toast is a story about two women in their early thirties who are trying to find their footing way later in life than they expected. Molly doesn’t want to talk about being bisexual. Elle doesn’t want to talk about her parents’ divorce. Together, these two best friends fumble their way through finally growing up. It’s a story about coming together…while simultaneously falling apart.

We chatted with Perrie Voss, co-creator of the series. 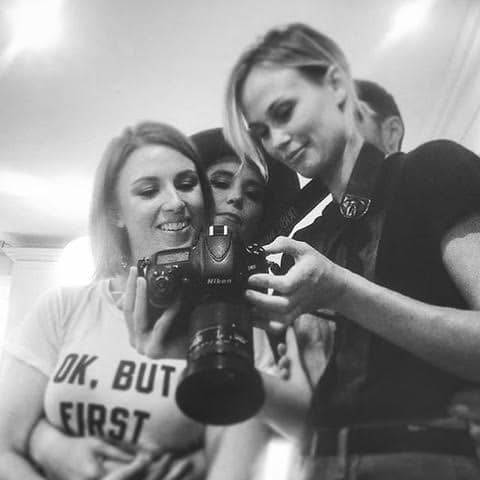 SDTC: You mention Avocado Toast is based on real-life. How closely does is resemble your own experiences?

PV: Heidi and I met at a really interesting time in both of our lives. We became best friends in five seconds flat, but we were going through some pretty crazy personal changes. Once we had some clarity on the other side of them we realized we really wanted to write about it.

As we started figuring out a cohesive storyline with seemingly divergent situations, we realized that we both deal with things in a really similar manner: we want to take the insanity that life throws at us and learn and grow from it. The best way we know how to do that is to really sit in the dirty truth of a situation and then find all of the ways to blow it open and laugh about. Sometimes those two things happen simultaneously, and sometimes it takes years. Lemons into lemonade is our modus operandi, and Molly and Elle are fairly direct representations of situations that we have lived through, and a reflection of our friendship.

We were both terrified to write these really private stories, but the impulse to share it continues to be really strong. So we amended situations, or added stories to help move the story along. But almost everything that is in our series has taken place in some way, shape or form in our lives. We discovered there is something really relatable about sharing these stories, which is both relieving and gratifying. 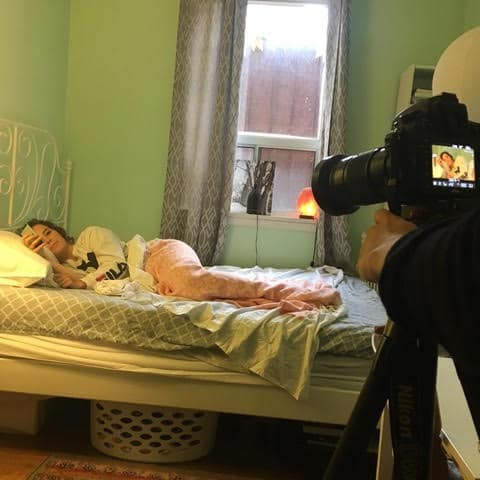 How did Avocado Toast come together?

We started out writing it in my living room about two years ago. Coming from a theatre background, neither of us had written for TV before, so we had a huge learning curve, which was both so exciting and daunting. We had a lot of stop-starts in the beginning. But what we realized was that (incredibly) we write extremely well together. Sometimes one of us would bring in a half-written scene or an outline, and just our chemistry in being in the same space together would create this total volcano of ideas and we’d hit the heart of what we wanted really quickly. We also have really fast-moving brains…like “Hey! Bird! Butterfly! Plate!” but that works really well because we can riff and grab ideas really quickly.

We are also able to be totally open and honest with each other, and there is a huge amount of respect and trust, so we have these crazy stories from our twenties or early thirties, and we can look at why that was painful at the time and how it can make an awesome aspect to the story.

Why do you think Avocado Toast will resonate with women who are in their early thirties?

I think there are a lot of women in our age group who have huge intellects and great ideas, but their lives are not unfolding quite how they expected, and it can cause a lot of shame. This feeling can show up in so many ways, whether it be career, dating or family, and our characters are going through all of it.

I also think that this is a new “hit” in our demographic of women from their twenties to early forties who in large, for the first time in history, are not falling into a mould of what is “expected” from society. But that also takes a lot of bravery. To really look at our lives and really ask, “What do I want?” or “Why am I falling apart?” We want to crack open these topics of conversation and de-stigmatize them. I think there are a lot of people who are suffering silently, and we want to talk about it! We want to talk about mental health and how not feeling okay can manifest through self-destructive behaviours. We want to talk about sexuality as a fluid idea, and why that realization can happen at any time in a person’s life. We just want to get some conversations going…with a lot of laughter in between. 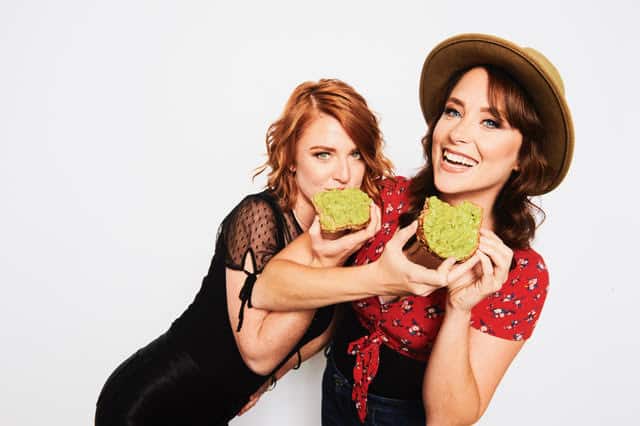 What was the biggest challenge in putting it together?

I would say two things. Firstly, because we are both really diversely busy women, we had to take a few hiatuses to allow for gigs, travel, or any other occurrences that forced us to take a break. So finding a language to communicate exactly where we were at mentally and emotionally was really important because in the beginning it was not always simpatico. What’s amazing is that we have learned so much from that and our dialogue is now so open. We have an even deeper connection now, which has resulted in some of our best work as writers and creators/producers.

The second thing is that we shot our trailer on a budget of favours and whatever we could wrangle out of our own pockets. We knew what level we wanted to operate at, but we had no money. What is still the most flabbergasting and heartening thing is that SO MANY people showed up for us in so many ways. Everyone from our amazing guest actors (Mag Ruffman [our personal hero from Road to Avonlea], the incandescent Alan Van Sprang, and complete firecracker Faye Marsay) to our incredible director, director of photography, production assistants, hair and makeup, photography, locations, music (written by Heidi Lynch and Neil Hinchley), editor of our trailer and subsequent segments (Perrie Voss), and now our bangerang producer. We have amassed this incredible crew of people who believed so deeply in our project that they were willing to give their time and creativity to us over and over and over again to help us make our dream come to life. It’s just remarkable. We are so grateful.

Who is your fave or most relatable character, and why?

This is a fun question because these characters are so close to our hearts. Their friendship is more or less our friendship. We believe in truth and no judgement. So I think we both relate to our own characters really deeply because those are our stories, but we also see the journey of each other’s character fully. We also have some pretty amazing supporting characters who make us giggle each time we read them. There’s a character in the first episode who fits the visual description of an “Amish Hipster” who, God love him, is just trying way too hard to be spiritual and cool. So I think we can all relate to that.

Overall, we tried to write our two protagonists with the same struggles and hopes that I think a majority of men and women are going through right now. I think we all just want to feel useful and loved. Many of us still haven’t sorted out our lives, and these two women are putting it all out there for everyone to say, “Ya! I feel that!” and get people thinking about who their “person” is to help them get through the mud. If we can get people talking about their stuff and take away the shame, with a bit of self-reflective laughter, we will feel greatly successful.