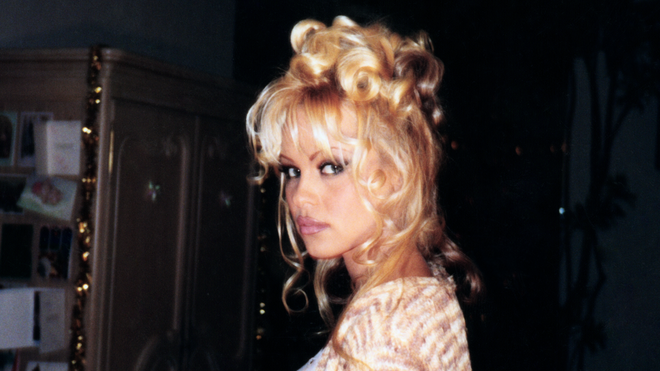 "I want to take control of the narrative for the first time."
Film

Pamela, a love story releases January 31st, and the anticipation for the new Netflix documentary is off the charts. Pamela Anderson has been a cultural obsession since 1991, when she made her debut in Baywatch, storming the beach wearing the iconic high-cut red bather, with life float in hand.

Since that time, the media has taken every opportunity to tell her story, but in Pamela, a love story, the Canadian blonde bombshell finally has the chance to set the story straight.

“I want to take control of the narrative for the first time,” says Anderson, who is now 55, and appears confident and at ease without makeup.

An intimate and humanizing portrait Pamela, a love story follows the trajectory of Anderson’s life and career from small town girl to international sex symbol, actress, activist and doting mother.

The trailer focuses on the theme of consent, describing how Anderson has always been treated as “public property”. Within the first ten seconds of the 2-minute trailer, Anderson talks about the stolen sex tape that forever rocked her world, and how it both traumatized her and shaped her career. This is a doc that details Anderson’s survival after one of the worst global breaches of privacy, and how she eventually found a path forward.

Set to an eerily slowed down version of the 1996 hit “Lovefool” by The Cardigans, the trailer instantly hooks. The world will be watching when Pamela, a love story premieres on January 31st.

"I want to take control of the narrative for the first time."

I hope people watch Harry & Meghan before they spew their vitriol