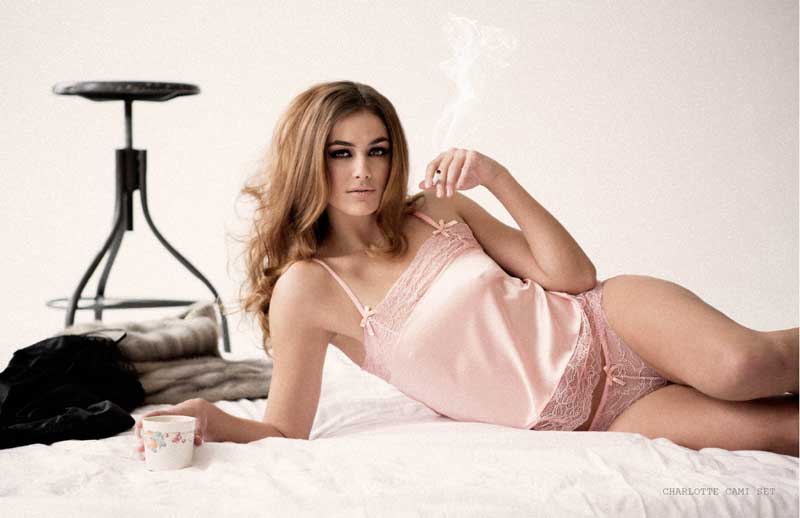 We love Globlove’s New Line of Lingerie, But the Smoking in the Lookbook? Not As Much

Inspired by the women of Andy Warhol’s Factory, the lookbook features a gorgeous model (kind of like the love child of Allison Williams and Emma Roberts) with kohl-lined eyes holding…something cylindrical. Our office was torn: Was the prop supposed to be a cigarette? A joint? Editor-in-Chief Jen found something very Montreal about the idea of a campaign featuring either.

There’s a long-held Canadian cultural assumption that Montreal is more laid-back than Toronto, and somehow sexier. Maybe it’s the strip clubs everywhere, the bottles of wine for sale on every corner, or the blend of French and English that translates into a sultry cross-cultural mix of vintage faux-fur jackets and black eyeliner and the ability to wear unreasonably beautiful shoes and crunch along ice-slicked, salty city streets. Is it my anglophone heritage that makes the street names seem sexier, too, or is there something inherently more sensual about sipping a basil gimlet on Saint-Laurent instead of Dundas West? 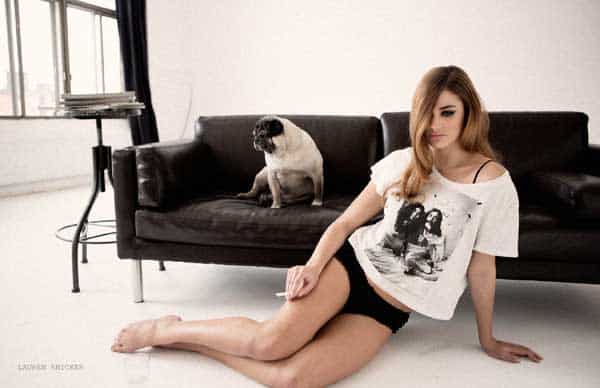 Whether or not Montreal is more laid-back than Toronto (which is one of those unsolvable urban debates that are usually irritating, and are usually made by people who don’t have much exposure to the places in question or are looking to score easy controversy points by inventing rivalries that don’t exist), the cheap rent and legacy of activism and protest in Montreal do result in a city that seems more volatile. And these days, it does feel controversial to include images of smoking cigarettes in advertising. (We occasionally post photographs of women in our Street Style section holding cigarettes, always to the outrage of some readers. While we don’t support smoking, we also don’t support censorship, sooo…) 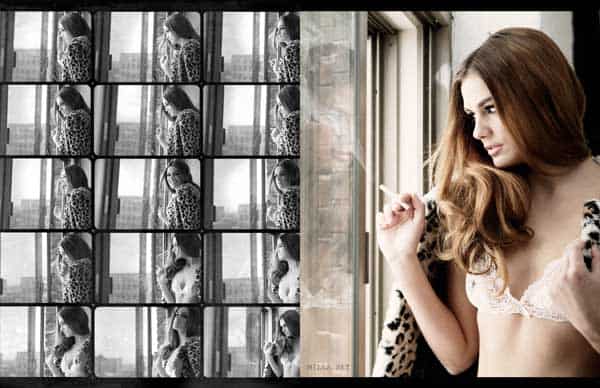 It’s hard not to argue that images like these glamourize smoking. It’s also hard not to argue that the idea of sexualizing cigarettes makes them more appealing. Confined to the page or the screen, the act of parting your lips, inhaling, and emitting a billowing cloud of smoke seems nothing if not erotic. In reality, the hacking phlegm-cough, wrinkles, and reek of old smoke on your clothes tarnishes that image before you even get to thinking about cancer and emphysema. Is it wrong to include cigarettes in advertising? Are these images fantasy, or should the realities that they represent be taken into consideration? Moreover, do people even perceive cigarettes as sexy anymore, or has the cultural perspective hit a tipping point: do images like these no longer seem appealing, but rather dated and unpleasant?

We love the lingerie, but you won’t catch us smoking in bed anytime soon. And that’s not a judgement call on anyone but ourselves—however, we recommend you take the knickers without the nicotine. 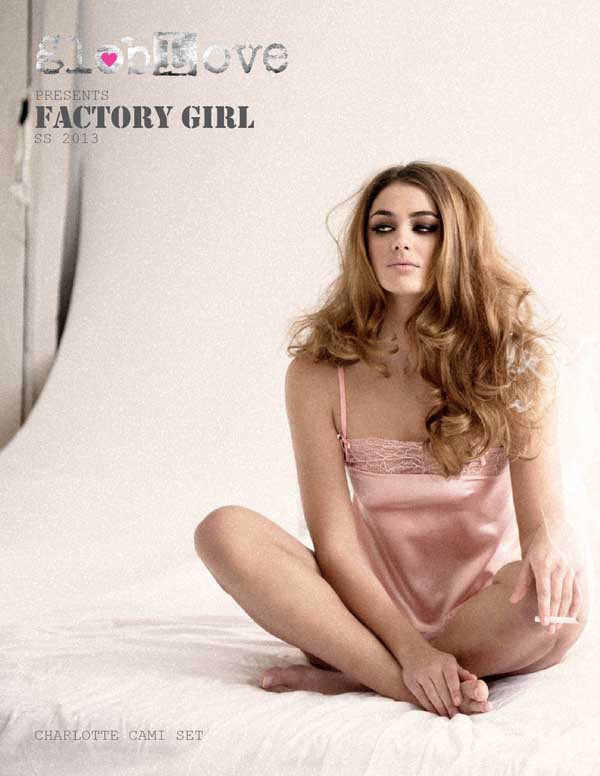