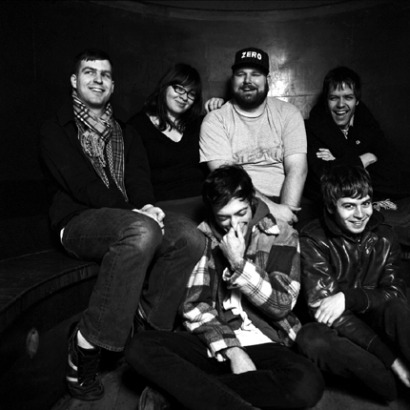 We Like Bands With Swear Words In Their Names

Fucked Up Wins, Owen Pallett Stops By, and Metric Does Bitchy and Predictable

…and so, we pass on a hearty pants-free (because that’s the best kind) congratulations to Fucked Up for taking home the 2009 Polaris Prize and its $20,000 paycheck for their album The Chemistry of Common Life. If you haven’t driven too fast down a swervy highway listening to these guys yet, you should probably saddle up. And for a week of serious Northern pride, listen to the rest of the nominees and feel excited about living in a country that creates such diverse and exciting music. While most people are happy to see a band that’s a little left of Polaris centre taking home the win, others (cough, Emily Haines, cough) are less than thrilled-Metric used twitter to Kanye-callout Pop-core after the winners were announced. Instead of griping about not taking home the win, we say feel proud to be included in such fine company as better sports Joel Plaskett, K’naan, Great Lake Swimmers, and more.

As for the belles of the ball, Fucked Up (who were joined onstage by past winner Owen Pallett) are using their Polaris winnings to record a benefit for Canada’s missing Aborginal women (a staggering estimated 500). Fucking righteous.