If you aren’t completely consumed with holiday gatherings in crowded kitchens than here are some festive treats and dirty downtown shake ups you should consider:

Looking to add some unique flavour to your monotonous relationship? How about swing lessons? 8PM – until you fall on the floor attempting over-ambitious Swing Kids maneuver. 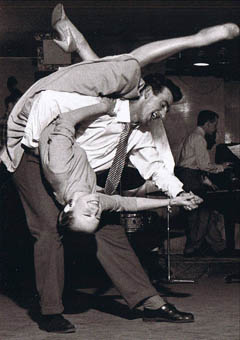 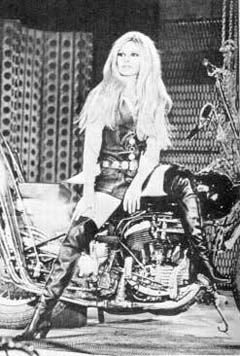 Glide to Bardot and Gainsbourg in minus zero temperatures at Harbourfront 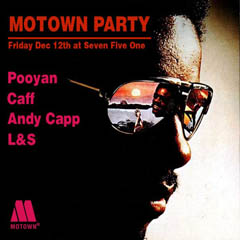 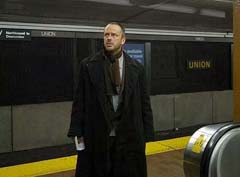 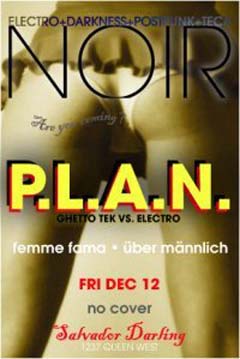 Up the skirt shot, eh, no brainer. 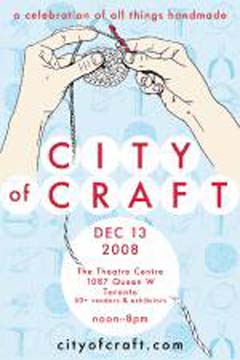 Best thing to do this Saturday! 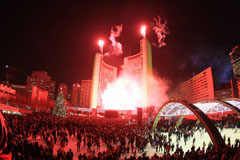 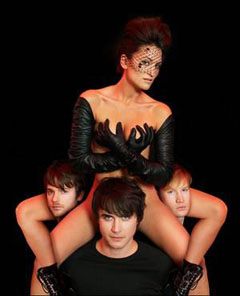 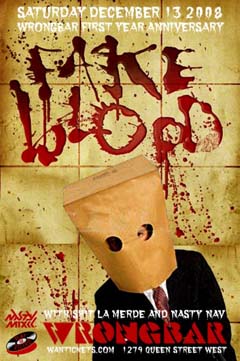 Who’s in to fake blood and paper bag perverts? 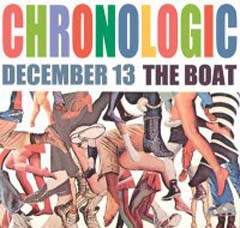 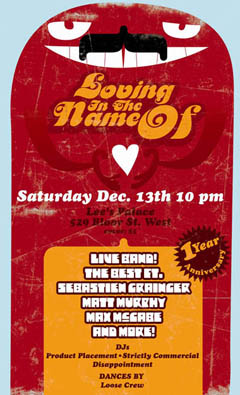 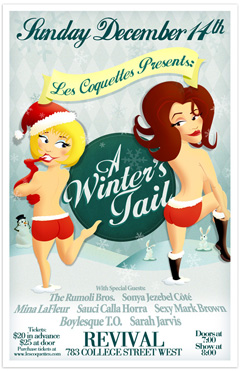 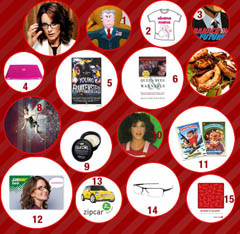 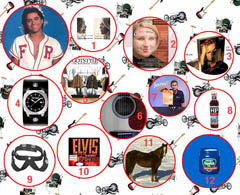 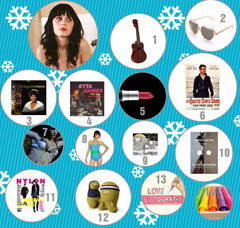 How perfectly romantic. Be sure to dress warm with a beret and whimsical scarf for a night of skating to French pop. (live ice-side Dj’s)

Seeking heavy bass and preachy songs to lift you from recession woes? Last time this popular night succumbed to dancing on couches. Arrive early ready to belt it out and shake a tail feather.

Take me to the cluuuuub! A night of intense dancing from the ballroom to the bathroom…t’is the season for over indulgence fall la la la down the main room stairs.

Paris Je T’aime, New York I Love You – but in humble Toronto, we have stories.

A beautifully shot film that cuts from Cabbagetown to Lula Lounge, the Bloor Viaduct, Union Station and MORE!. Get some popcorn and play ‘spot the local celebrity’. Following the film, hit up Ted’s Collision to recount your favourite Toronto Stories over candlelight with beer and blaring Iron Maiden.

*The 7PM screening will have cast and crew in attendance, following a reception

**Interview with writer, director and actor Sook Yin Lee will be posted on www.shedoesthecity.com tomorrow – check back!

Sick of crowded bars? Chill in a coffee shop turned late night hop at Parkdale’s Salvador Darling. Last time we attended there was an impromptu Elton John session on the piano…amazing…but this Friday will be all about Ghetto Tek vs. Electro. Pick a side already!

No Cover
1237 Queen West – across from The Caddy

City of Craft – Toronto’s Celebration of all things Hand Made

Only one year old, and already the source of such mischief and intense revelry. Guaranteed to be a full house of booty shaking with fake blood but raw emotion.

Check out the poster to the right and down a bit. Remember those crazy googly eyed ‘yip yip yip yippers’ from Sesame Street? Oh Jim Henson you were a genius.

Meet your holiday booty call while you squish against the bar begging for a beer.

To meet the alien yip yip family go to YouTube. If you try to figure out what this has to do with Sneaky Dee’s and F*ck Faces, we guarantee you will be puzzled for hours.

For those who love to dance, no matter who is singing.

Music stretching from 1890 into the future. Name that song and do the move has never felt so rewarding.

Loving in The Name Of @ Lee’s Palace

ONE YEAR ANNIVERSARY of a night devoted to kickass local music

Sebastien Grainger in da’ palace with DJ’s Product Placement, Strictly Commercial and Disappointment – already this is a night of hilarious irony. For those who just like to loosen up & have fun, minus the drama of hipster hedonism.

Les Coquettes will be teasing Santa with their satin red undies and glimmering tassels. Hot Coco? No thanks, we will warm up a cold winters night with some sultry naked dance moves.

The writers of SDTC have been busier than Santa’s elves packing stockings for Tina Fey, Uncle Jesse, Heidi Montag, Peter Mansbridge, Zooey Deschanel, Suri Cruise, Whoopi Goldberg and MORE…check out their loot and get inspired to burn a hole through your maxed out credit card

Check back tomorrow for the Ultimate SDTC Stocking Contest, where you can enter to win the best of the best!