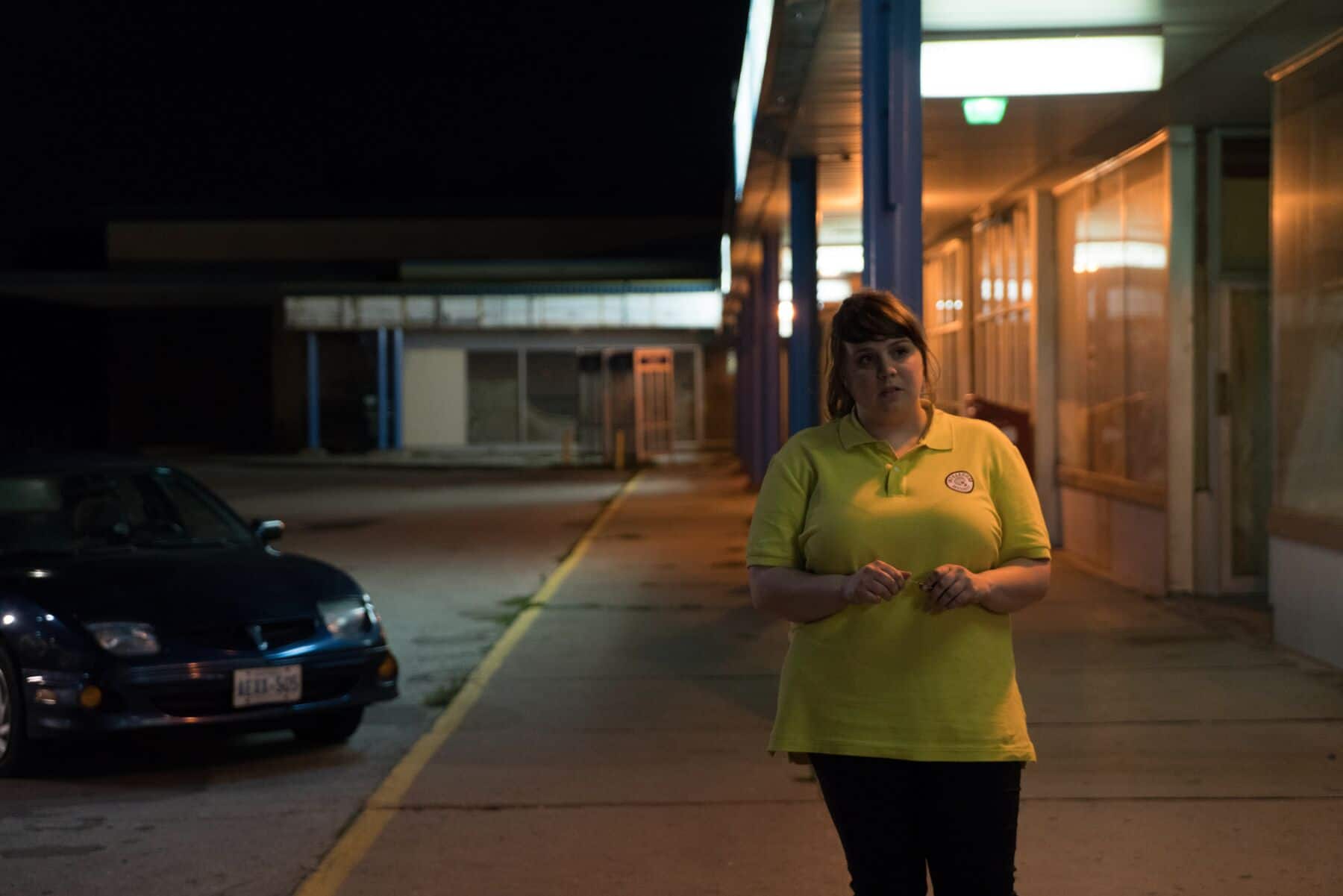 Wexford Plaza is a Toronto gem of a film. Released last fall to critical praise, it’s an ode to the sticky summer nights of youth, following the lives of Betty (Reid Asselstine) and Danny (Darrel Gamotin) who are both employed at a dying strip mall. Dumpster blowjobs and parking lot bong hits colour the background of Wexford Plaza, where self-discovery is found through mundane responsibilities and everyday struggles. Poignant, gritty and daringly unglamorous, Wexford Plaza is an honest telling of average twenty-something life; the subtle, dark humour and uncomfortable moments will have you recalling your own difficult–possibly cringeworthy–transition to adulthood.

Filmmaker Joyce Wong wanted to make a “love letter” to the landscape of her youth. “The story came from this nostalgia I had for the Scarborough I grew up in,” says Wong. “They are turning all these strip malls–[which] kind of embodied this idealism of the American dream, combined with this diverse immigrant culture–into big-box stores, so the landscape of my youth is disappearing. I wanted to make a love letter to this landscape of strip malls; some of them are abandoned, but they still have this very unique quality to them.” 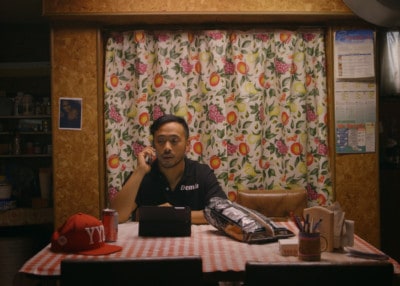 During a phone call  the before film released, Wong recounted memories about her teenage years and the years following high school. Nights were often spent driving around Scarborough, from strip mall to friend’s house, and then back to the strip mall. “There was a lot of bumming around. There is a car culture that exists in Scarborough, although not everyone has a car. There were these areas that were kind of our space where we could get up to whatever we wanted to. ”

Whether or not a local strip mall was part of your Friday night plan, this film will bring you back to a point in life where you found an area outside of your home that became your “turf.” Behind a Becker’s, a ravine, the DQ parking lot: it’s funny how, as young adults, these sorts of spaces become hot spots for growth and development. 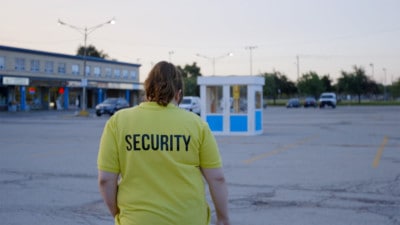 As Betty plods along as a nighttime security guard, fending off gross co-workers, and Danny tries desperately to find work after the bar he’s worked at closes, Wong does what most filmmakers don’t: she offers no easy ways out. “We see these two characters spinning their wheels and doing very misguided things, but it’s not because they’re stupid or lazy; it’s because they don’t have the proper information to succeed.” Wong does a terrific job exploring the idea that success in life isn’t always about how hard you work. “If you don’t make it in this world, it might not be your fault–it might be because the system is trying to screw you.”

Unlike in so many films about young people, we never meet the parents in Wexford Plaza, and this was a very deliberate choice. “We didn’t want the story to become less focused because of that. And I think it also [rings] true to our experiences growing up, because we also didn’t have much guidance. I had friends whose parents were working all the time, or friends whose parents didn’t really understand Canadian culture, so they couldn’t give them advice. I had friends with parents who spoke English, and their parents would help them with their homework and tell them how to apply to university, but most of my immigrant friends didn’t really have that,” says Wong, who further shares about friends having to read hydro or tax bills, decoding things for their parents that most of us would simply take for granted.

Wexford Plaza is a meticulously crafted film. It offers a lot for thought and discussion while also sharing a narrative so common to suburb kids yet rarely reflected on the big screen. And the acting is brilliant.

Laugh, squirm, feel: next time you’re looking for a really great film to watch, skip the obvious choices and download Wexford Plaza. You’ll dig it, and you’ll also be supporting so much of what needs to be supported in order for our film industry to transform for the better.