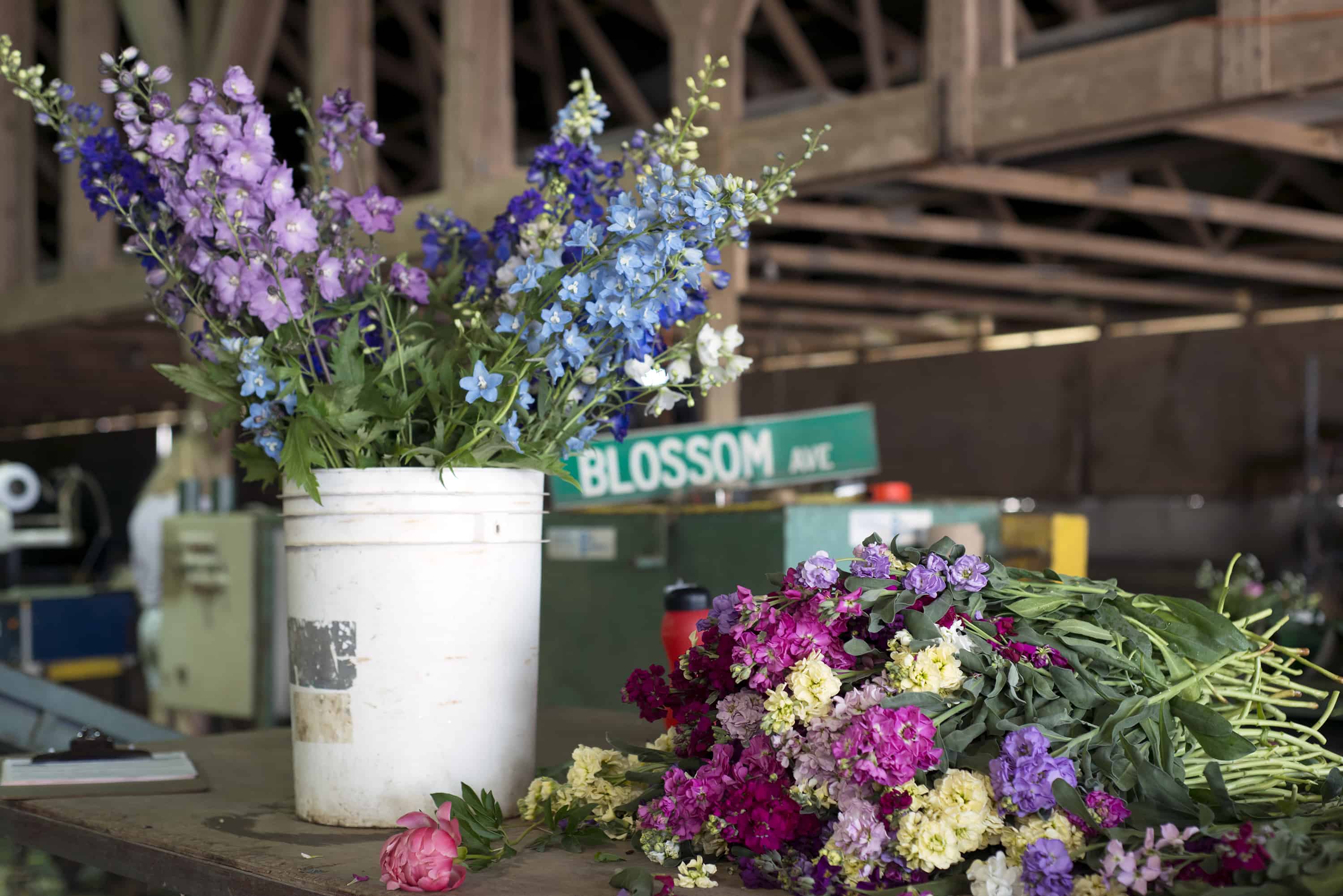 Photojournalist Solana Cain joined a team of Toronto media for a day trip to Primavera Flower Farm, located in Dundas, Ontario. For those who’ve always dreamed of owning a farm, with field upon field of lush vibrant flora, here’s a little peek into that reality. 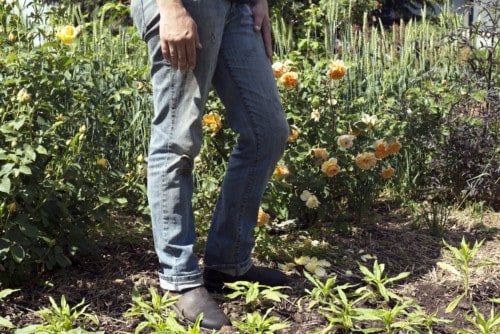 Located in Dundas, Ontario, La Primavera Farms is operated by Juan and his daughter, Joanne Feddes. For three generations, they have cultivated the land and livestock producing diary, poultry and flowers. Joanne begins our tour in her display garden near the front of the farm. Here she showcases what is growing throughout the property, so that visiting florists and brides don’t have to hike through the pasture. It is also in this garden that Joanne experiments with new flowers like these Port Sunlight roses. 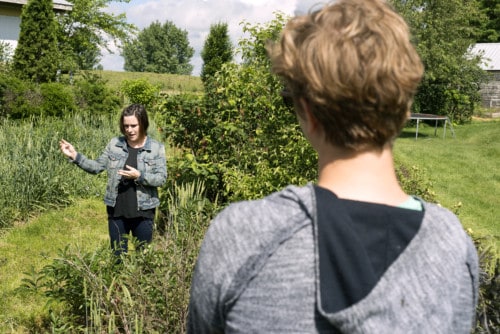 Mel Mulder, who handles sales and innovation, stands in the display garden surrounded by wheat, which is primarily used for mulch, but Joanne also adds the greenery to her arrangements. Rye, millet and sorghum are used in bouquets as well. 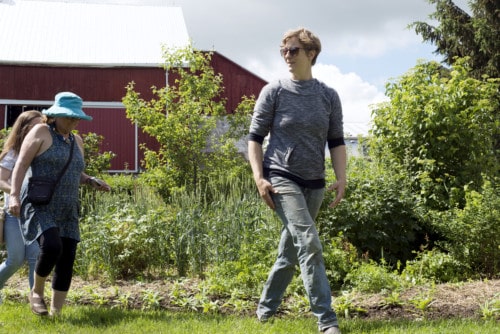 Flower grower Joanne has been in the business since she was a young girl. Her father introduced all four of his daughters to flower harvesting, particularly sunflowers, as a way of keeping them busy. “I didn’t like just doing sunflowers, so I started buying perennials and roses and shrubs, and just playing with them, and then it expanded to what we do now,” said Joanne. Over 65 different types of flowers are grown from May to October at La Primavera Farms. 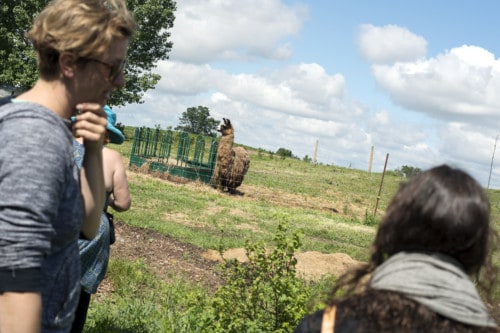 Obama the Llama keeps coyotes and other unwanted predators off the farm. Joanne has learned that guard llamas work best when there is only one. Multiples tend to bond with one another and ignore their job. 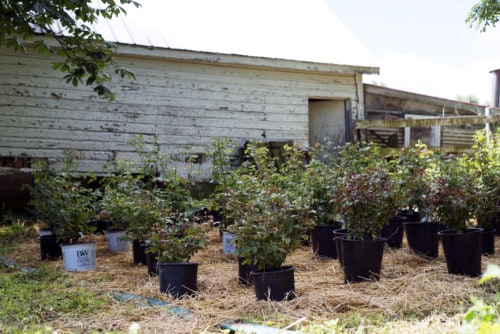 Dubbed the finicky garden, Joanne has recently moved the Ranunculus plants here from inside the greenhouse. She has never grown this species of buttercup before and has encountered a disease that she treats organically using chamomile for fungus and pyrethrin – a chemical produced naturally by Chrysanthemums – to ward off insects. Treatments must be applied every four days. “It’s an experiment right now,” Joanne said, calling Ranunculus the most finicky plant she’s ever grown. 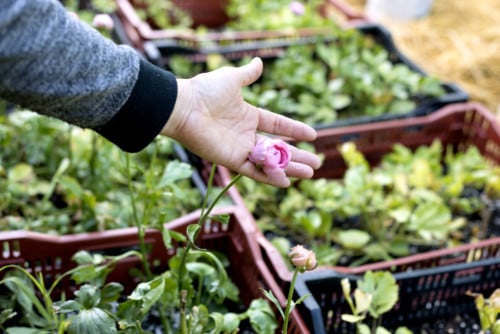 Joanne gently holds a Ranunculus plant that has not yet flowered. Also known as the Persian buttercup, Ranunculus flowers have tons of delicate, paper-thin petals that, once they start to open, peel off almost like a garden rose. 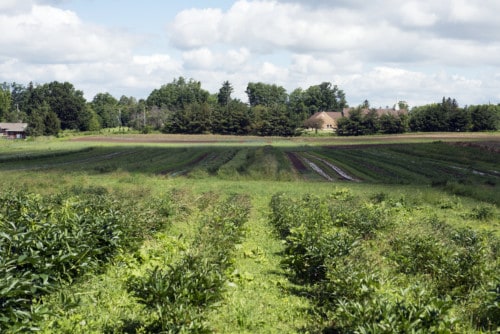 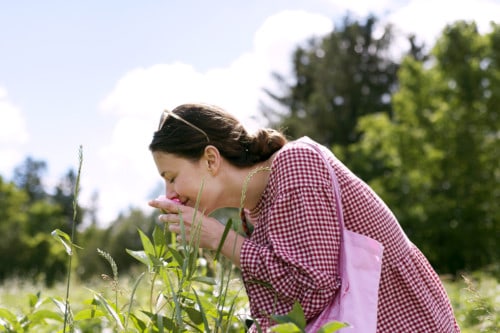 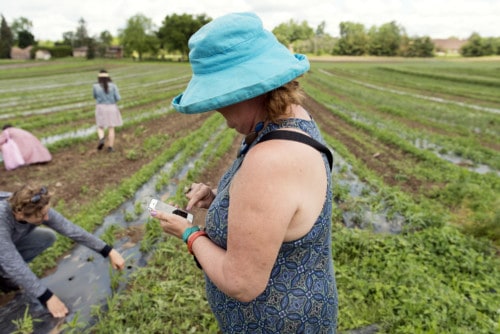 Seen running along the budding plants is a crop protection product called Biofilm, which protects agriculture and garden plants from microbes that could potentially cause disease. 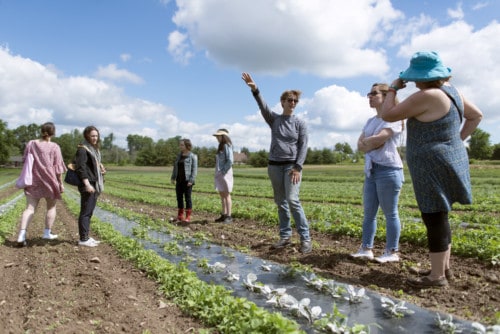 La Primavera Farms is closed to the general public but recently florists have been invited to the property to encourage local buying. This is also Toronto Flower Market’s Natasa Kajganic and Natalie Petozzi first time to the farm as well. La Primavera has been involved with TFM since its inception. 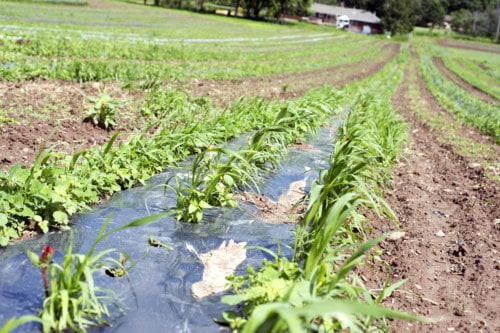 A closer look at biofilm, which is laid using a special tractor that punches holes in the film as it goes along. 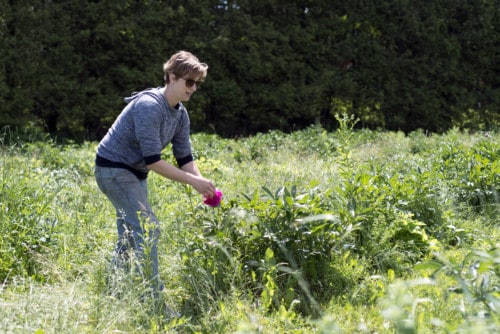 Joanna finds another forgotten peony in the patch. Peonies are taken off in bud when they feel like a marshmallow. 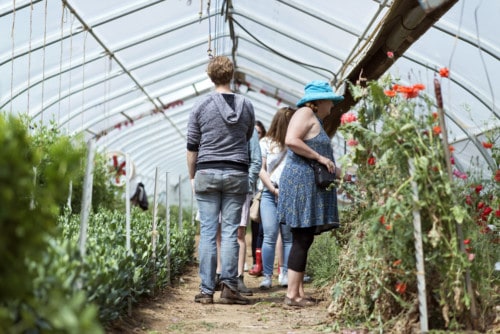 Inside the greenhouse at La Primavera Farms. 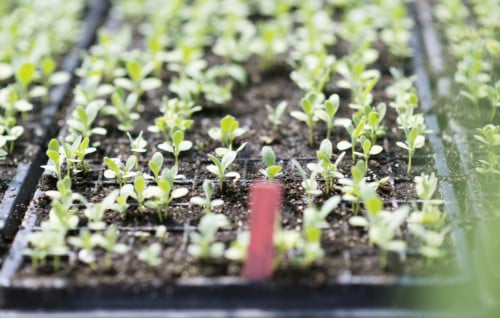 White Goddess Column is identified by a stick left in the tray. Joanne leaves all flowers labelled, even in the fields. 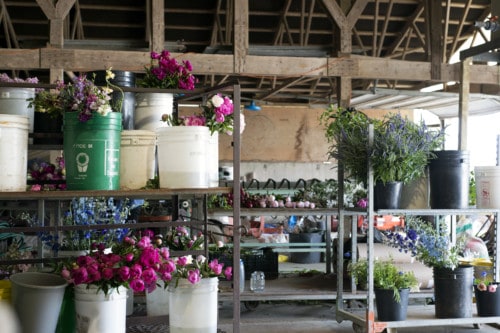 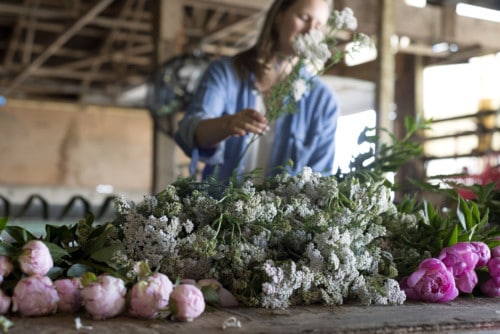 Bouquets are completed before our eyes. Joanne has gone through extensive training in flower arrangement and isn’t afraid to go against popular florist trends. 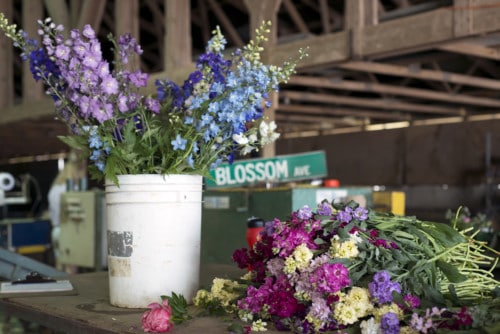 Preparing flowers for the weekend’s market continues. La Primavera Farms can be found at the Locke Street Farmers’ Market in Hamilton and Humber Bay Shores in Toronto every Saturday. 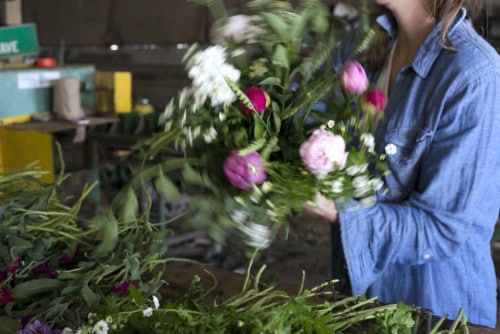 La Primavera Farms has been hand-crafting market bouquets since 2009. 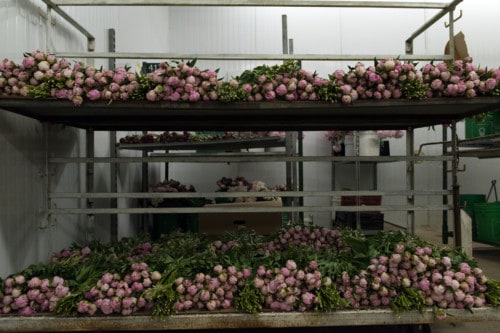 Inside a giant freezer, roses and peonies wait for after July to make their debut when most other vendors will have depleted their supply and the market is no longer as flooded. 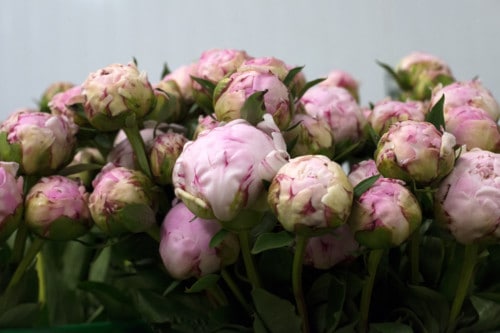 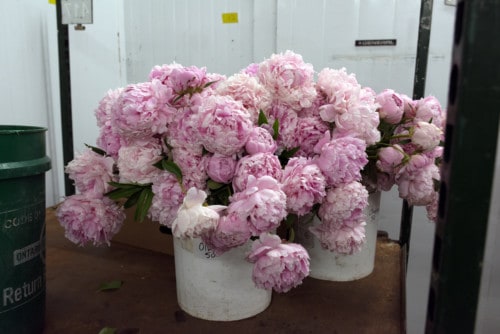 Peonies are picked in the soft “marshmallow” stage, and cut and stored in cold temperatures for use at a later date. 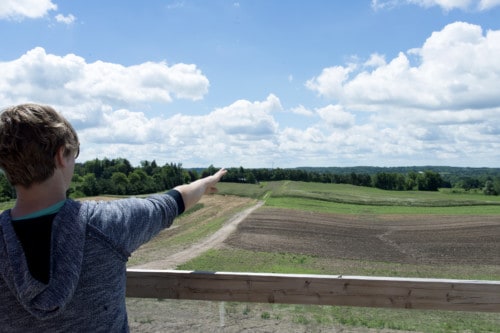 Joanna refers to this section of land as “Sunflower Town.” La Primavera produces eight different varieties of the flower including the ‘classic’ brown centre, bi-colour, and green centre. 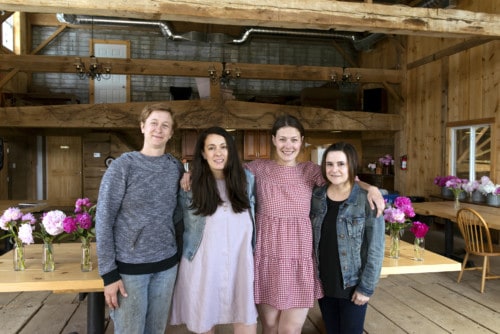 La Primavera Farms can be found at Toronto Flower Market in Toronto.