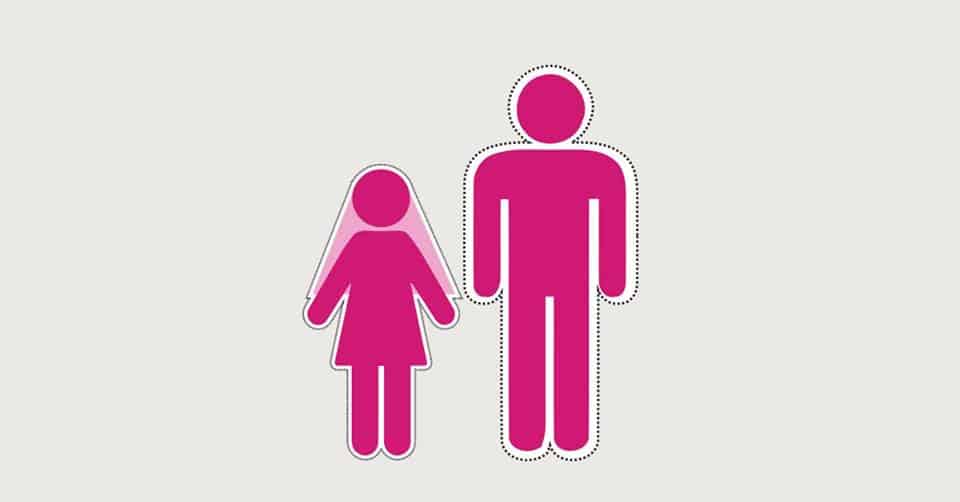 What would you do if you were married off in exchange for livestock?

That is the reality for an estimated ten million girls worldwide who are married off as means to settle arguments, maintain families’ social statuses, or generate income. Gender inequality is at the root of this child bride phenomenon, where women are treated as property that can be traded, bought and sold. In South Sudan last year, an auction took place via Facebook for the purchase of a child bride. Her worth? Five hundred cows, a boat, a few cellphones and $10,000 USD.

Match International’s new campaign, Until The Cows Come Home, aims to shed light on this troubling issue. You can assess your “worth” using a cow-culator, a quiz based on the factors that affect bride prices (like your family’s socio-economic status, your virginity, age and more). The results are shocking and bring you face to face with this alarming cultural practice.

This week, we spoke with Jess Tomlin, president and CEO of The MATCH International Women’s Fund, about the campaign.

SDTC: What are the ramifications of child marriage (child rape, essentially) on these girls? How does it impact them and their communities?

JT: Child marriage teaches girls that their lives are merely a transaction. In October of last year, a girl from South Sudan was sold on Facebook for five hundred cows, a boat, a few cell phones, and $10,000. Imagine it: a child who is too young to even own a cell phone knows that her life is worth three phones and a pasture of cows!

I met with little girls in the mountains of Nepal who told me that they were afraid of getting married because they have seen first-hand what happens to their friends who have babies before their bodies are ready. This can lead to lifelong medical complications, not to mention that girls who are married off as children are at an increased risk of physical, emotional, and sexual abuse, causing post-traumatic stress disorder, depression, or even suicide.

Child marriage ends a girl’s life before it even really begins. This has devastating impacts on communities for generations. But, first and foremost, we must treat child marriage as the human rights violation that it is.

How will awareness among us here in the west and donating to The MATCH Fund help to actively end child marriage?

We can’t fix something that remains hidden. That’s movement-building 101! When women have the courage to share their stories, we have the responsibility to listen and follow their lead. I am inspired and moved to action by so many women around the world who, within their communities, have taken a stand against child marriage. Those same little girls in Nepal have organized “No Marriage Allowed” clubs to encourage each other stay in school.

I recently met a woman in South Sudan who knows first-hand the effects of child marriage; she was a child bride herself. Now, she’s working with hundreds of girls just like her to end the practice in communities throughout her country.

The MATCH International Women’s Fund is a Canadian non-profit charity dedicated to funding women’s rights movements, and women, girl and trans* led grassroots organizations across the globe. There’s not one easy solution to ending child marriage. But women and girls are finding the solutions that work best in their own communities. They just need the funding for those solutions and for their voices to be amplified in Canada and around the world. That’s where we come in. Donating to The MATCH Fund is the most direct way to have a long-lasting impact for women and girls on the ground.

How are social media platforms used to perpetuate gender inequality?

As a mom and the CEO of a global women’s fund, I am shaken to the core by the sale of a child on Facebook. While this might be an extreme example of how social media perpetuates gender inequality, we must acknowledge that social media holds a mirror to gender inequality in the real world. It’s where the ugliest biases, the longest-held beliefs, and the most entrenched behaviours surface and multiply. All too often this behaviour is unchecked.

What should we know about child marriage that we may not be aware of?

Child marriage is not an issue that is confined to the developing world. In fact, the United States has been approving requests by adult men to bring their child brides into the country for years. Most recently, a forty-nine-year-old man was able to admit a fifteen-year-old bride into the U.S. with no repercussions. These requests are legal under the Immigration and Nationality Act as there are no age requirements in place to protect minors.

Child marriage is deeply rooted in various cultures and traditions. It is nuanced, and not every instance is created equal. But for many girls-turned-child brides, the damaging effects are numerous. At the end of the day, child marriage is but a symptom of the deeply held attitudes, norms, beliefs, cultures and laws that perpetuate inequality. Changing this takes time, perseverance and ingenuity. That’s why women’s movements are the most likely to succeed here. They are committed to change in their lifetimes and they never stop fighting.

Find out more and donate to the campaign here.

#DefyNormal: You Are Cordially Invited To Stop A Wedding