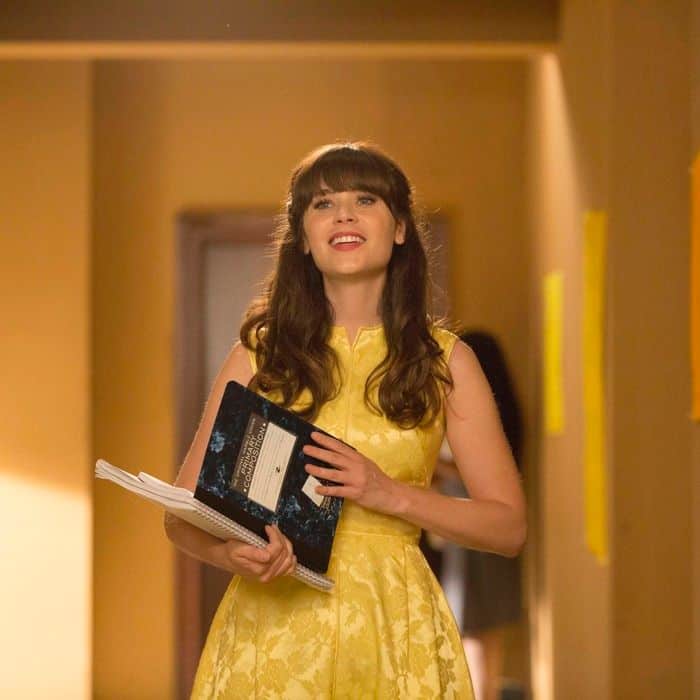 Why People Need To Stop Hating on Zooey Deschanel

FOX’s New Girl is back on TV, and while I’m looking forward to a third season of laughs with Zooey Deschanel and co., I’m not looking forward to the inevitable complaints that accompany any mention of Ms. Deschanel. Whether it’s in the blogosphere or in real life, any mention of my love for Zooey Deschanel is usually given an “Ugh. Really? She’s the worst!” Yes, it’s hard to believe, but there are a lot of people out there who just don’t like Zooey at all. From what I’ve been able to understand, the reasons for not liking her are usually one of the following:

Well, I have something to say to all of these criticisms. First off, Zooey Deschanel is very different from her onscreen character, Jessica Day. I will be the first person to admit that “adorkable” is an annoying non-word but let’s accept that it was just a slogan created by FOX to promote New Girl and, as with most marketing tactics, it definitely got overused. As for Zooey’s real life personality, in the interviews I’ve read/seen with her, she actually comes across as a very smart, well-spoken woman with a great sense of humour. Nothing about her screams “Look at me! Look at me!” the way it so often does with other celebrities. She seems like the kind of low-key friend that you could spend hours with at the farmer’s market. Just saying.

As for the example she sets with her character on New Girl, I actually like it. As I edge closer and closer to 30 I have to face the reality that my life is nowhere near where I thought it would be by this age. I find it comforting to turn on my TV every Tuesday night and see a character who has some parts of her life together but not others. I also don’t get why people think that New Girl only portrays Jess as a mess. I mean, have you actually seen the other (male) characters? Nearly everyone on that show, both male and female, has a lot of growing up and learning to do. I’m just glad to know I’m not alone.

Now as for the last criticism, this is one of my biggest pet peeves ever. This is one area where, based on what I’ve read in interviews, Zooey actually is like her character. For some reason, there are a lot of people out there who think that being a strong woman and being into baking, baby animals, polka dots and glitter have to be mutually exclusive. Well, those people can all take a seat. First of all, unlike several other female celebrities *ahem* Beyonce, Katy Perry, Gwyneth Paltrow, to name a few, Zooey Deschanel is one of the only stars I can think of who proudly calls herself a feminist. She recognizes that even today in Hollywood it means a lot to be a woman who is not just an actress but also a producer who gets to take control of how she’s going to be presented. She’s said in several interviews that people focus on her girly appearance because it’s easier to tear someone apart for being feminine (which is actually very sexist if you think about it) than to dig deeper and provide a reason for their hatred. But Zooey isn’t here for any of that. In fact, she even addressed these critiques on her show when she stated that just because she’s into cutesy stuff doesn’t mean that she can’t also be “smart and tough and strong!” And that’s why I admire Zooey so much. She is constantly fighting the stereotypes of what it means to be a feminist and a girly-girl and she’s opening up those discussions to a whole new generation. As a feminist who is also a little obsessed with baking, puppies, and wearing polka dots, I applaud her.