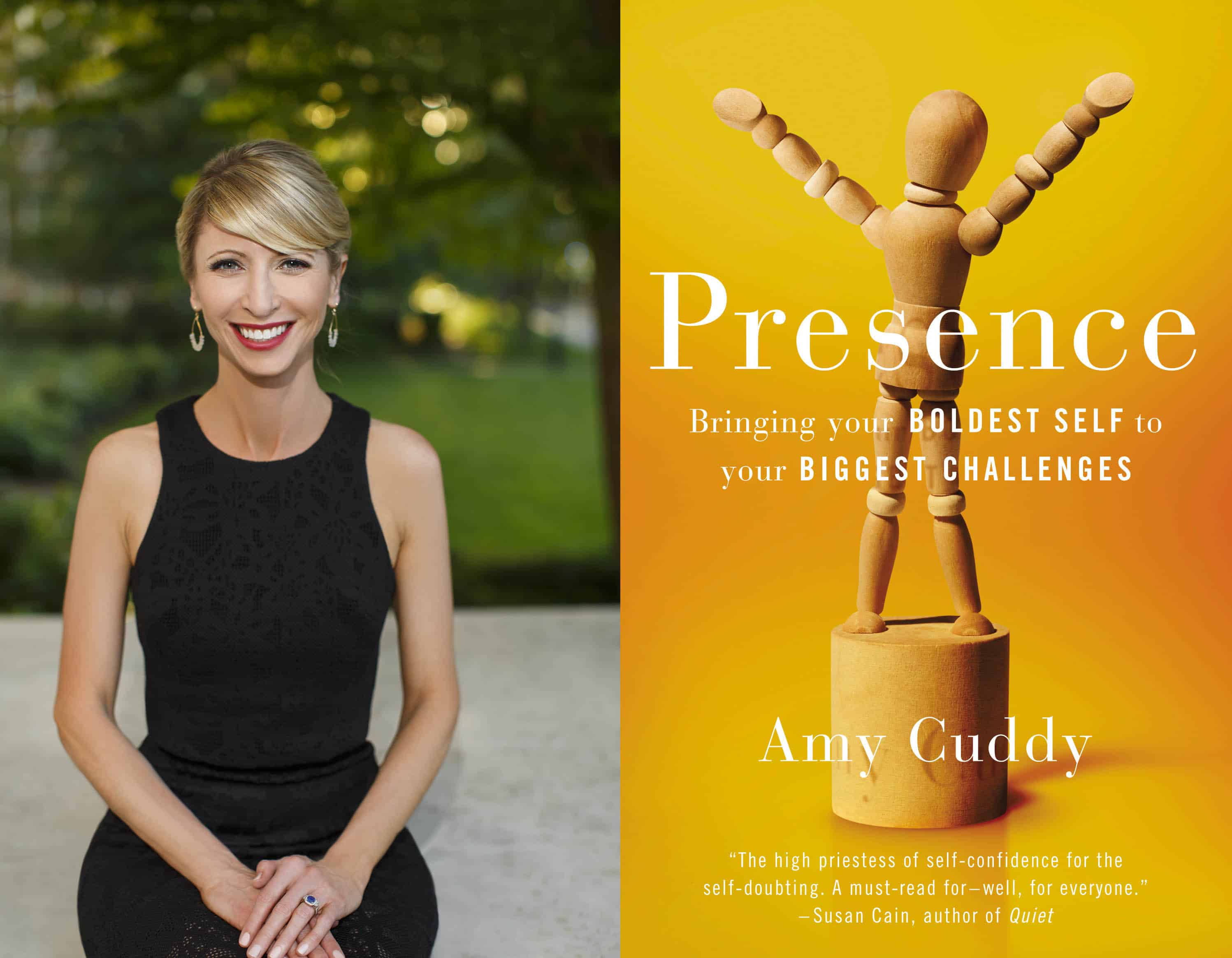 First things first, if you haven’t watched Amy Cuddy’s brilliant TED Talk about power poses, you need to stop slouching and do so RIGHT NOW. If you’ve seen it, you should watch it again; it’s powerful stuff (literally). Spending as little as 120 seconds “power posing” AKA adopting body language associated with dominance AKA taking up as much space as humanly possible, increases testosterone and decreases production of the stress hormone cortisol. Translation: You will feel powerful and more confident and all it takes is TWO MINUTES. Seriously, WATCH!

Amy Cuddy’s TED Talk has received over 30 million views since it was filmed in 2012 and is the second most viewed talk of ALL TIME. And for good reason. A social psychologist who studies nonverbal behaviour and an Associate Professor at Harvard Business School, this woman is a POWERHOUSE. Named a “Game Changer” by TIME Magazine, Amy has been featured in a plethora of magazines and academic journals, and luckily for us, she’s got a new book and tour!

PRESENCE: Bringing your Boldest Self to your Biggest Challenges explores some of the most fascinating body-mind effects and the science behind them. Her closely related talk, An Evening with Amy Cuddy, will weave together storytelling, science and practical advice on how to flourish during stressful times by harnessing the power of “presence.” Imagine replacing dread with confidence and excitement when faced with challenges at home, or feelings of regret and self-doubt with satisfaction after making hard decisions in the workplace. We have a feeling that this evening is going to be pretty special, maybe even life-changing.

An Evening with Amy Cuddy takes place on Thursday, March 3, 2016 at 7:30PM at The Sony Centre for the Performing Arts.

We’re giving away two pairs of tickets to the show, along with copies of PRESENCE: Bringing your Boldest Self to your Biggest Challenges.

To enter on Twitter, RT: “Hey @Shedoesthecity, I want to FAKE IT TILL I BECOME IT, please send me to An Evening with Amy Cuddy @SonyCentreTO.”

Winners will be announced on February 29th. GOOD LUCK!

Be Wowed: Tickets Are Now On Sale for TEDxToronto: Identity

When Men in Power Make You Feel Small