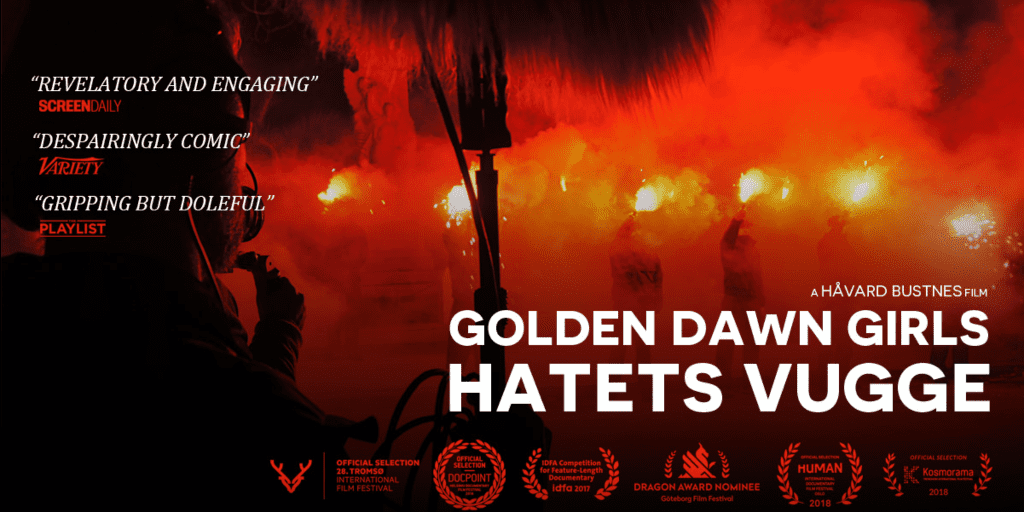 What exactly is the Golden Dawn political party and how has it gained momentum since the financial crisis first broke out in Greece in 2010? What parallels can we draw from their political tensions that can help us understand our own polarized society here in Canada or in the USA? Norwegian filmmaker Håvard Bustnes’ Golden Dawn Girls recently won the prestigious Human Award at the Human International Documentary Film Festival for best Norwegian Film, and we’re excited that it’s coming to Hot Docs.

While across the ocean, Greece’s divisive politics and split society feel eerily familiar. Beyond digging into the fascinating psyches of the women connected to the leaders of this movement (often described as Neo-Nazism), Golden Dawn Girls will have you asking questions and doing some deep thinking about world politics at large. Screen Daily praised the film as “revelatory and enraging.” We agree and would add that it’s incredibly important viewing too, reminding us of the VICE Documentary, Charlottesville: Race and Terror. 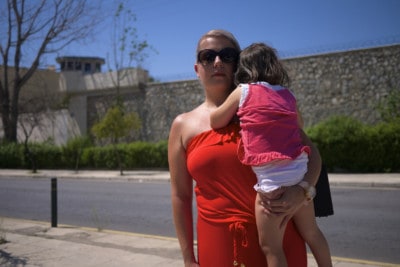 Contest: Enter to win 2 passes to the North American premiere of Golden Dawn Girls on Tuesday May 1, 8:30 p.m. at Scotiabank Theatre.

Tweet: “Hi @shedoesthecity, I’m interested in politics & history and want a greater understanding of what is happening in Greece. Please send me to Golden Dawn Girls at #HotDocs25”