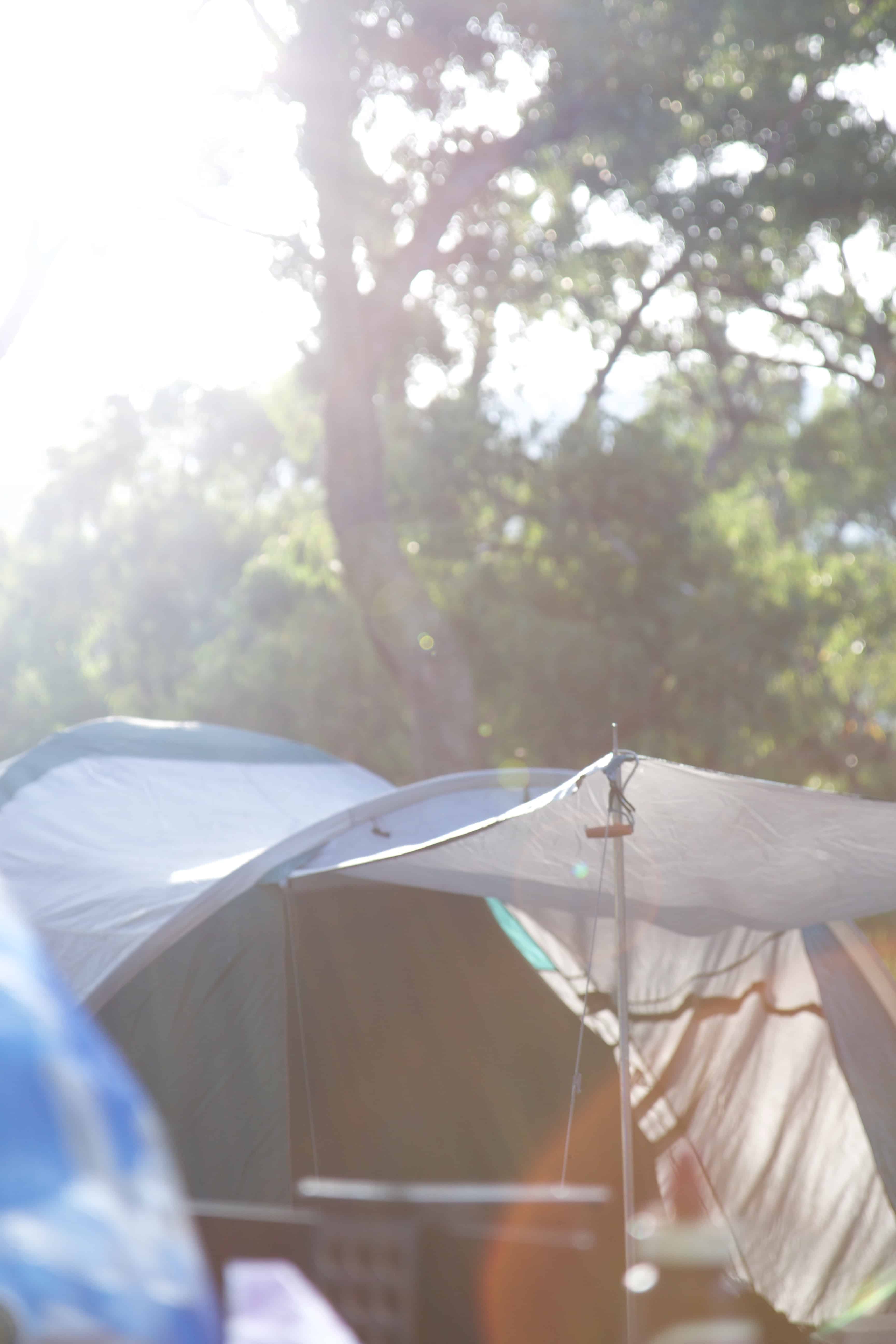 Yellow Twisted Rope: What I’ve Learned from Camping with My Dad

His double Jack Daniels nearby, my dad is standing on a picnic table, methodically tying yellow twisted rope around a tree. It’s the scene that begins all of our camping trips and the image that persists when I think of my father.

We camped across eastern Canada throughout my childhood–a cheap and accessible holiday option for a family of adventurous immigrants.

It was magical, the trail lookouts breezy and towering, the wind in the pines lulling us to sleep. It was scary, some nocturnal creature scurrying through the dried leaves by our tent. Occasionally it was instructive, like the year we decided to camp in May and realized why Algonquin Park was empty. I emerged with over forty bleeding black fly bites on my neck and head alone, cursing my parents for doing this to us.

Like most Polish boys, Dad learned the art of camping from his country’s version of the Boy Scouts. He advanced his skills as a devotee of Mountain Equipment Co-Op, that retail mecca for middle-aged men who like to spend every vacation feeling like they’ve survived something. From lighting a fire in pouring rain to packing the bear bangers, Dad was the man on a camping trip.

The yellow twisted rope was the first thing that came out of his toolbox on a camping trip, after the Jack or German beer was poured. We’d heave a picnic table over to a tree. Dad would hop on the table and coil the rope high around the tree trunk, tying intricate sailing knots to keep the rope in place. He’d repeat the process at a second tree across the campground. The line would hold up the all-important tarp, which could shield our picnic table from any calamity nature had to offer.

I always appreciated the duality of this behaviour: one part hedonism (the booze); one part preparedness (the rope). There was a discipline here that felt right without being overbearing. He just knew to expect the worst, even if it was sunny. Then you could sit back with a drink, relax and shoot the shit.

There was a quiet protectiveness in this act for the family. The tarp would save us all from unspoken weather-related doom. Dad’s tarp was always taut–a work of art. He’d stand back and admire it and we’d laugh at him. More tarps would be laid under the tents in case of torrential rain. As we drove past other families’ campsites, my father, twin brother and I would sneer at their ineptitude: “Look at that floppy, useless tarp. It will collect rainwater and overflow, drowning that dumb family.”

Mom didn’t seem terribly impressed. She was always more laissez-faire, a hippie rule-breaker who camped solo and often skipped the tarp altogether, driving to the nearest town for coffee and pie when the storm hit.

Still, all of us knew we could rely on Dad. It was a double-edged sword: we were secure but over-relied. Dad’s steady-handed abilities meant we were also growing up somewhat skill-less. At thirty-eight, for example, I still don’t have my license. Dad’s the best driver I know, taught by race car drivers in Europe. Why bother?

Every family has its weird, co-dependent dynamics and habits that get permanently etched in. The daddy–daughter relationship is one of them. Many daughters will crow annoyingly about their dad being “the best dad.” It can’t factually be true; we can’t all have the best dad. It’s an attitude at the innocent end of a spectrum that ends with those creepy daddy-daughter purity balls in the Deep South.

Whether they like it or not, women imprint on their fathers. Unreliable dads breed trust issues. Great dads foster unrealistic comparison. There’s not a hope in hell any of my boyfriends could light a fire in the rain with a tube of toxic paste from MEC. Were they good life choices?

In an ideal world, the daddy-daughter relationship should set up some expectations of what a good man looks like so you can more easily dodge the losers who come at you later in life.

None of this is to say the man is perfect. My dad would be the first to boast about being a drunken idiot, whether it’s his childish, bating manner around women, his unfortunate stint in the Don Jail, or the injuries sustained skiing in the Alps with a backpack full of (bottled) beer.

The point with the bigger characters in our lives is to soak up the best parts of their personalities and make them our own. I’m well past the stupid years; I won’t be skiing with glass strapped to my back. This summer I’d do well to learn Dad’s yellow rope knots. Before he drives us home again.