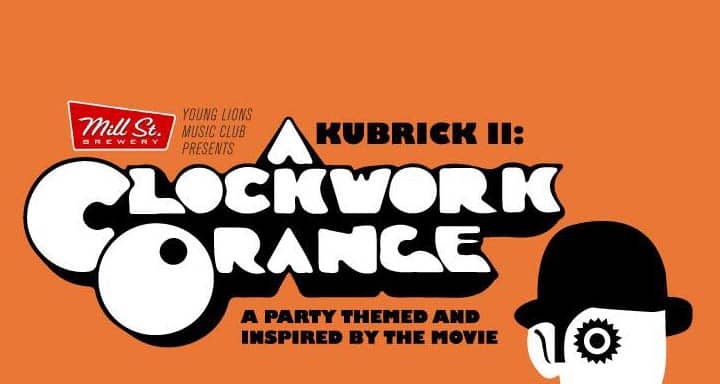 Last year, Young Lion’s Music Club celebrated TIFF with a Shining-themed shindig, and this year they’re taking on another Kubrick classic: A Clockwork Orange. On Sept. 6th, Adelaide Hall will become Korova Milk Bar. This is the perfect event for those of you whose TIFF taste tends more towards cinephilia then celebrity spotting. Kubrick the First was one of the highlights of the festival last year, so you definitely don’t want to miss the next instalment.

The party will feature music, art and performances inspired by the film from Weaves, Brendan Canning, the Young Offenders, and more. Tickets are $17 in advance and will be $20 at the door.