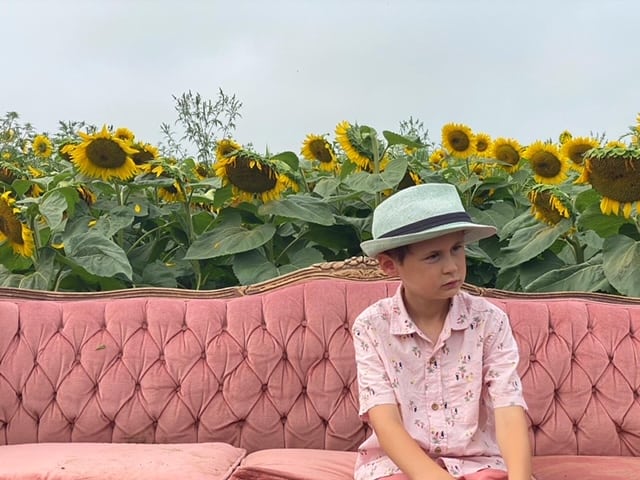 "Isaiah was born with a rare disease and a severe intellectual disability. He is 10, but is actually much more like a 3 or 4 year old. He requires constant, consistent care."
Life Stories

Like many people my age, I grew up (if you want to call it that) at the height of the rave scene in Toronto. I went to parties at the Science Centre, and the CNE grounds, and all kinds of secret locations, long before the days of rapid wireless communication and personal photojournalism.

I turned 18 in the year 2000, just two months before the world was supposed to end, but I barely noticed: I was immersed in the scene in the way you only know if you know. Some of us gravitated to music and some to Molly. Some of us were running from shit homes or the absurdity of suburban living, but most of us were self-proclaimed misfits, there for the security blanket of the PLUR ethos: Peace. Love. Unity. Respect.

PLUR was a mentality, to be clear: it was born in a time when words like “consent” didn’t mean what they mean today. We watched out for each other: brought bottles of water to people who had overdone it, and collectively excavated gross folks who apparently missed the consent memo. The scene was diverse and inclusive before diversity and inclusion were things. That was what living in that world was like: we danced, and we cared about other people.

Twenty years later, I am a mother with four kids on the outskirts of the city where I used to grind my teeth and stomp around calling it dancing. I still listen to drum n’ bass, but I do it while I’m jogging through East York at 6 a.m. before any of my kids need anything from me.

But my kids need a lot. 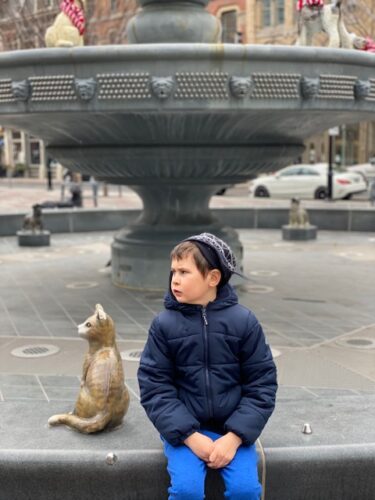 One of my sons, Isaiah, was born with a rare disease and a severe intellectual disability. He is 10, but is actually much more like a 3 or 4 year old, perpetually. He requires constant, consistent care. He is the squeakiest, most well-loved wheel in a home of six and we always defer to his needs. We have to. They are greater than anyone else’s.

Now listen, it’s not news to me that after a while, no one cares about your disabled kid; I’ve been through those motions already. It’s just that the novelty eventually wears off, like a new romance or haircut. Eventually, you’re just expected to fall in line and do the job right and pay the bills and meet the deadlines while your life quietly falls apart in the background owing to a lack of support. It’s a theoretical underpinning of the pandemic of ableism that ability equates to worthiness, and sometimes this expands to include the parents and caregivers of persons with disabilities or complex needs: you become too heavy to hold up, so they keep you down.

But over the years, I’ve adjusted and accepted the limitations. When the phone calls and texts asking how he was doing stopped coming and as he grew older, people just kind of forgot, it seems. I’ve learned that if you fall apart quietly and gracefully, and maintain a cheery social media presence, people don’t know you’re falling apart. When you fall into a rhythm—even a chaotic one—it’s hard for the untrained eye to see how desperate and disparate things have become.

When this pandemic started, we fell apart. Our whole family was quickly reduced to ruins. Everything in Isaiah’s care regime fell out of our orbit and threw us off our axis. While other parents, understandably, lamented the dozens of passwords they had to memorize for online school, or the loss of their own devices and personal space, I was faced with 6 months at home with my son who does not learn virtually because he doesn’t understand the concept of things that are not physically present. For six months I took calls while I bounced a 70 pound kid in my lap hoping schools would reopen soon. The days were monotonous and hard, and watching him struggle was like watching him drown. There was nothing I could do to help him.

And that was just school.

His government-funded therapy centre—a place that had changed our lives for the better—also closed its doors. The parks were wrapped in caution tape. For a period of time in Toronto, you could go to a strip club but not to speech therapy. You could have a beer on a patio, but not a home-care nurse. You could check a sanitized book out of the library, but you couldn’t see your rare disease specialist. You could apply rapidly for CERB relief, but not access your mobility devices through another branch of government, or get in touch with a real human to ask where your child’s autism funding was. The inequities or, rather, the priorities, were simply stunning.

I mentioned these things to people, and I was met with a lot of “Yeah, that must be hard” platitudes but not much more. And so we pushed on, the way we’re used to.

Then, at what felt like both the slowest and quickest thing, a vaccine to end all of this became available and we felt hopeful. Finally, I thought, we can protect this medically fragile kid who cannot properly mask or distance. As the child of two immigrants who were immensely grateful for the health care we receive here just because, it was a no-brainer to me: we’d all get the shot when we could and then we’d move on.

But then person after person (after person) identified themselves (mostly on social media) as “vaccine hesitant”, not necessarily “anti-vaccine”. In a lot of cases, people were worried about weird things that had likely never occurred to them before: I don’t know what’s in it – neither do I, I thought, but like, I also don’t know what’s in my IUD but I fucking love it and will never ask questions about it.

We don’t know the long-term effects. Sure. I guess. Except for a hundred years of vaccine science upon which the Covid vaccines are predicated. And my favourite – I’m young and healthy, with a strong immune system. Famous last words. 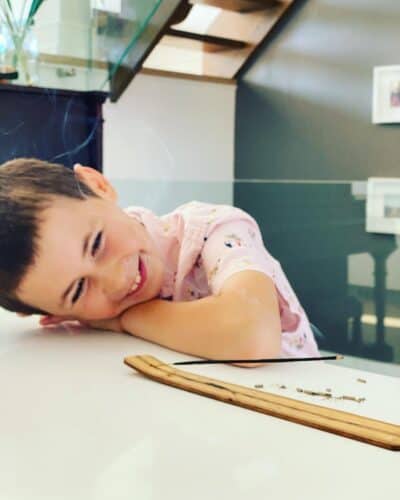 With each public proclamation of “pro choice” when it came to vaccines (which makes me rage), it became clear to me who cares about my kid, and people like him, and who doesn’t. I would engage too often with no reciprocity: I would explain to someone how damaging this year and a half has been for my son after reading their missives about big pharma and conspiracies and essential oils. I explained in the simplest terms I could to one former schoolmate: We’ve lost our son, I said. He just didn’t get sick and die. But the child I had before this began is gone. That person responded with a “thumbs up” emoji.

In much the same way I cannot change ableism, I cannot change peoples’ positions on vaccines. I cannot illustrate for them, though I would love to, what my son’s life may look like today were it not for the setbacks of the last eighteen months. I can’t explain in a way that will ever capture the gravity of how hard he has worked—how hard we have all worked—to get him to the place he was eighteen months ago. And I can’t tell you how much he has since lost because so many adults have chosen not to protect him and have chosen to perpetuate this hellscape instead, other than likening it to a death. The loss, the many losses… they cannot be explained to you if you don’t care.

What I can do is remind my late-thirties and forty-something former peers that we used to care much more than this. That we used to pride ourselves on our altruism and selflessness. Peace. Love. Unity. Respect. And vaccines. 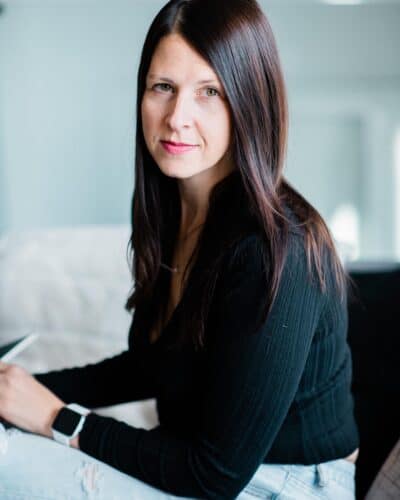 Charlotte Schwartz is a family law clerk and parent of four children in a blended family. She is an advocate for equal, shared parenting time in separated families and for strong co-parenting relationships. Her first book about co-parenting, Your Place or Mine, will be published by Dundurn Press in September 2022. When she has time, she loves to run aimlessly at low speeds and she is always tired.

"Isaiah was born with a rare disease and a severe intellectual disability. He is 10, but is actually much more like a 3 or 4 year old. He requires constant, consistent care."