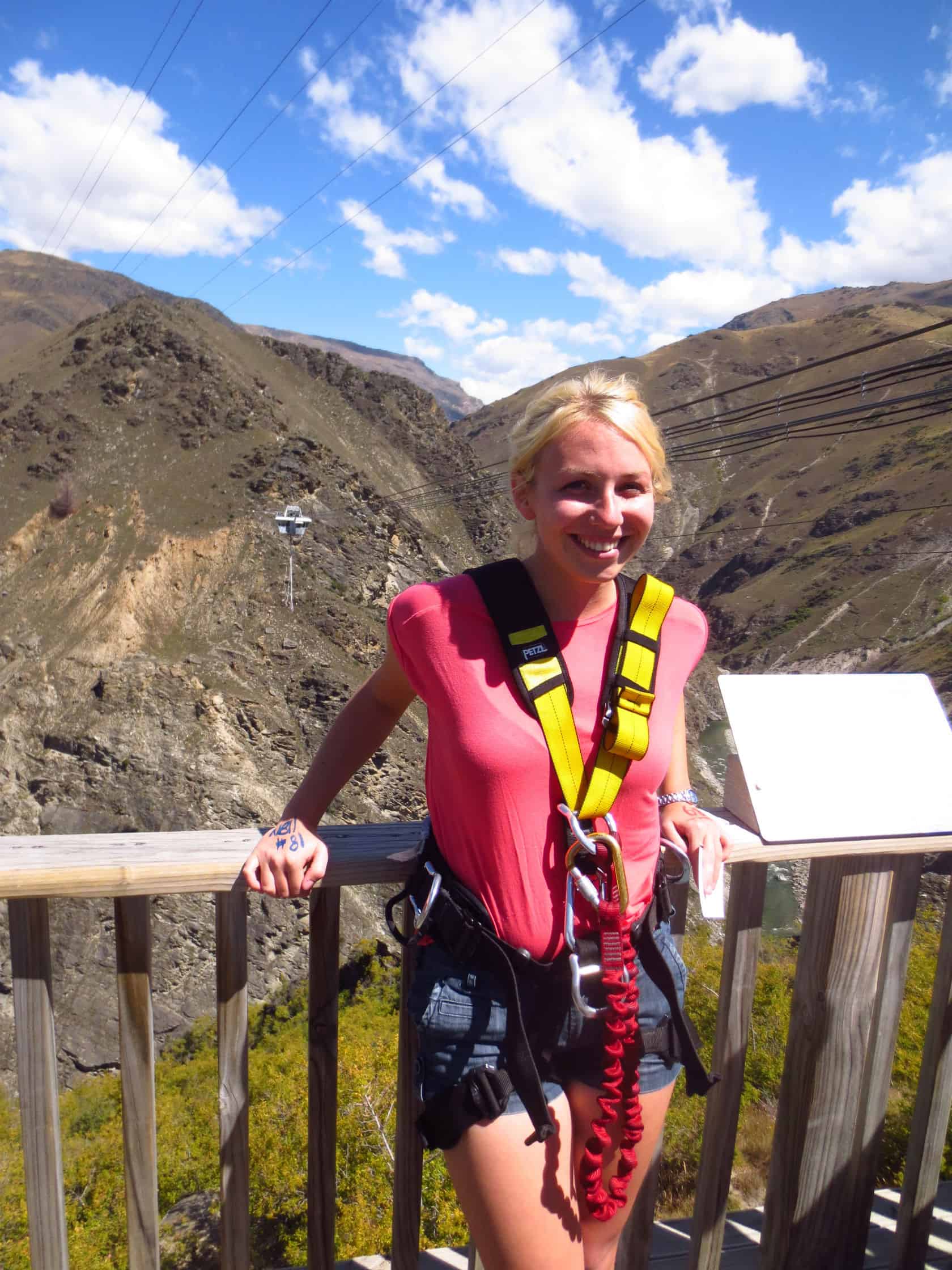 "I remember the rush, throwing my fist in the air, and gazing at the scene around me thinking, 'The world is a goddamned beautiful place!'"

Bungee jumping was never a thing that was supposed to happen. The whole plan for New Zealand was to find a farmer to teach me how to shear sheep, but apparently you need some sort of license for that in NZ, so I started exploring other options. What else was there to learn in the land of the Kiwis?

Ok, so I’m exaggerating, but I’m going to maintain that jumping out of and off of very tall things and living to tell the tale is probably akin to growing wings and soaring like a bird. Probably.

I was always planning to skydive while in New Zealand, but bungee jumping never crossed my mind as something I would ever do – somehow jumping out of a plane and floating gently down to earth seems more normal than launching oneself off a platform towards the earth. However, because I’m the poster child for giving into peer pressure, I found myself booking a time slot, signing a waiver, and paying a (non-refundable!) fee for the privilege of throwing myself to an early grave and giving myself an ulcer in the meantime as I anticipated my imminent death by way of faulty bungee cord. 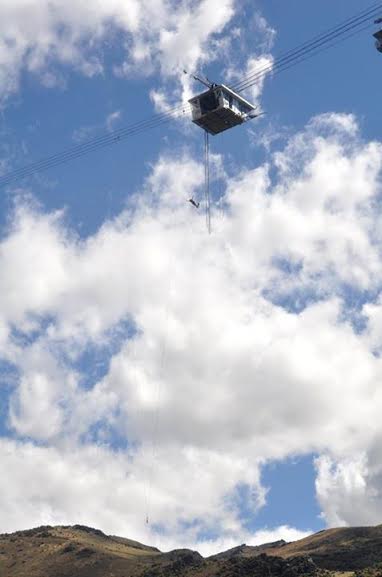 The Nevis bungee is the highest bungee in Australasia: 134 metres high and to top it off, you’re jumping out of a cage suspended by cable in the middle of a gorge that you reach by cable car, all of which sways ever so slightly in the breeze. Fun?

Day of, we got geared up in our harnesses, got a quick briefing on how to jump and what was going to happen, and were sent off in a gondola towards a swaying silver box in the sky, with the express purpose of jumping out of it.

But instead of the paralyzing fear I was expecting to grip me, I started to feel… excited? And then things started happening really fast and my name was called and I was suddenly hovering on the edge of a small metal square. I remember thinking that I couldn’t do it anymore, that I didn’t want to. I was trying to remember all the advice I had heard from friends who had jumped earlier in the week; look straight ahead, don’t hesitate, and when they say go just GO. Finally they did the countdown, I hesitated for a moment longer, and I leapt.

And then I flew. 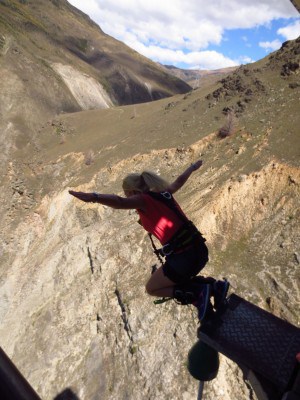 I don’t know if I can fully describe my thought process during the jump. I can remember the first few seconds of total fear and wondering if I was in the right position; when the hell was I going to rotate completely upside down so I wouldn’t get whiplash? I can remember the moment I thought, “hey, I’m flying!” I don’t really remember reaching the end of the rope, but I remember trying to figure out if the second bounce on which I was supposed to start pulling at the green cord to release my legs had happened yet, and then freaking out when my legs actually did release because for a split second I thought something had malfunctions and that I’d released myself from my harness completely.

And then, once I was sitting up, dangling in the middle of this gorge and waiting to be pulled back up to the box, I remember the rush, throwing my fist in the air, and gazing at the scene around me thinking, “The world is a goddamned beautiful place!”

Afterwards, once I’d had some time to adjust to solid ground again, this one line from a play I worked on a few years ago kept popping up in my head: I only went to war to confirm my love of life. And perhaps it’s a bit trite to draw a comparison between war and bungee, but the general idea of facing fears and terrifying situations and challenging yourself beyond what you thought you were capable of in order to appreciate the air in your lungs and the beat of your heart resonates with me.

I definitely didn’t push myself as hard as I could have every day of my travels, but I like to think that I broke through personal barriers I never thought could be breached, and pushed myself to try harder and live every moment, or at least close to. We’re all our own worst enemies, we’re all in our own personal wars. The battle is about embracing the life you’re living, if you’re willing to take the leap.