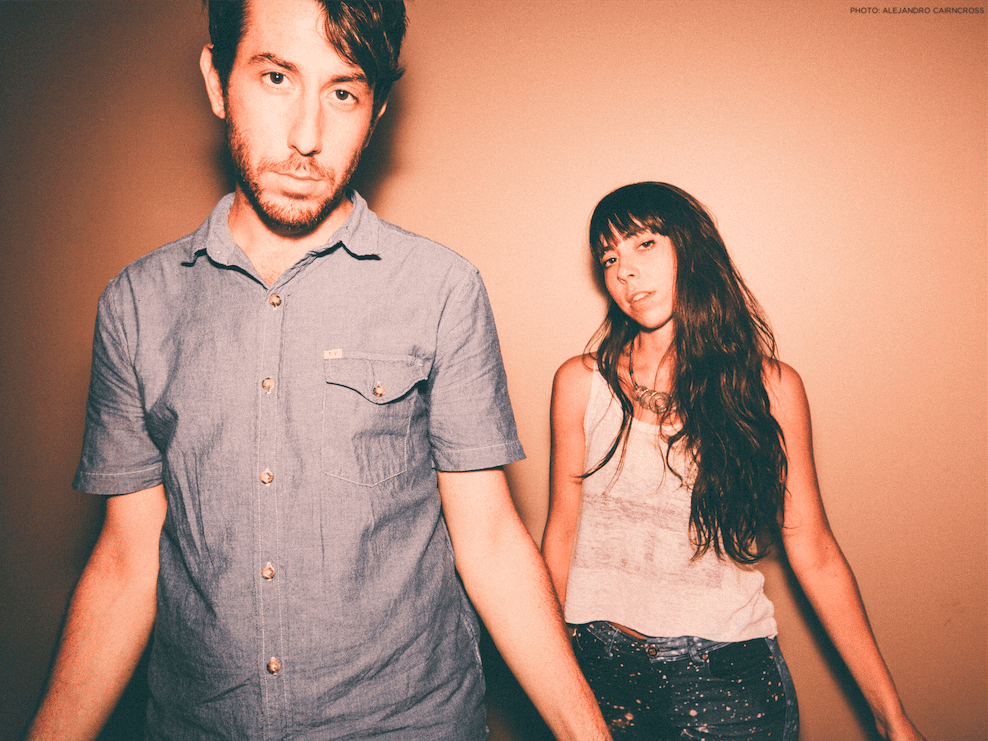 Brave Shores is an electro-pop and Toronto-based duo, consisting of siblings Jay and Stefanie McCarrol. In 2013, their made-for-TV single “Never Come Down” was picked up by Bell Canada to promote the Sony Xperia signature underwater phone. The song quickly receieved the attention of online music fans, and turned heads at Universal Music Canada, providing inspiration and demand for Brave Shores to continue making music. Brave Shores turned even more heads last month when they performed at Mod Club for CMW. Now they are getting ready for WayHome Music Festival in Barrie, Ontario this July.

We got a chance to speak with Brave Shores about Toronto life.

What are your favourite under-the-radar haunts in Toronto?

I don’t know how under-the-radar these places are, but let’s see…. I’ve had good fun at 416 Snack Bar and 3 Speed. Coffees from Ideal and Ezra’s… cool clothing finds from Tusk Vintage and Public Butter. I’ve also spent a lot of time the past few years in the east end in a little garage called Ill Eagle Studio, shared by bands Zeus and The Golden Dogs and others. That place definitely has some magic! On my way there I often stop at the Leslieville Pumps, they’ve got some tasty lunch options. Jay’s Place is right up near the train tracks on Dupont Street, and I like that sort of vibe. We recorded most of our EP there and I bet there’s some train noises in the background.

I guess the meat section! I get stuck because I don’t buy it often, and it takes me a really long time to decide, and I end up contemplating vegetarianism and the entire food system we seem to be stuck in…what a mess!

Which virtue do you try to cultivate within yourself?

No fear, baby. And compassion and gratitude are pretty kewl for moods.

The receipts in your wallet would indicate what?
I’m not very financially responsible.

What did you think you were going to be when you were 8 years old?

I think I was still pretty spacey and in mega-kid mode! I grew up right in the suburbs of Mississauga, and even though I eventually wanted to get the heck out of there, it was such a great place to grow up. I got to be a kid for so long. So it was probably something like ballerina or archaeologist, without much serious thought put into it. Those were the things I was into around that time, but mainly I was #yolo.

If you could live anywhere else in the world, where would it be?

I’ll start by saying I’ve been loving Toronto these days! This city is buzzing with so much cool stuff going on. There’s so much talent. Being here four years, I’ve really settled in and feel such a pride for my city. I’d be pretty sad if I had to move away for realsies. But if I had to choose, I’d say NYC… and part-time somewhere up north in my self-sustaining cabin with a fully equipped recording studio (and part-time traveling everywhere else, mwahahaha).

I guess I loathe and am concerned by anyone who refuses to question their own opinions.

What, in your opinion, is overrated?
Breaking Bad!

I think I like being a loner a little too much sometimes. I also wish I started playing drums a lot sooner in life.

What quality do you value most in a lover?

Nothing sexier than individuality and brains, folks!

“Hey, have you heard of Brave Shores?”