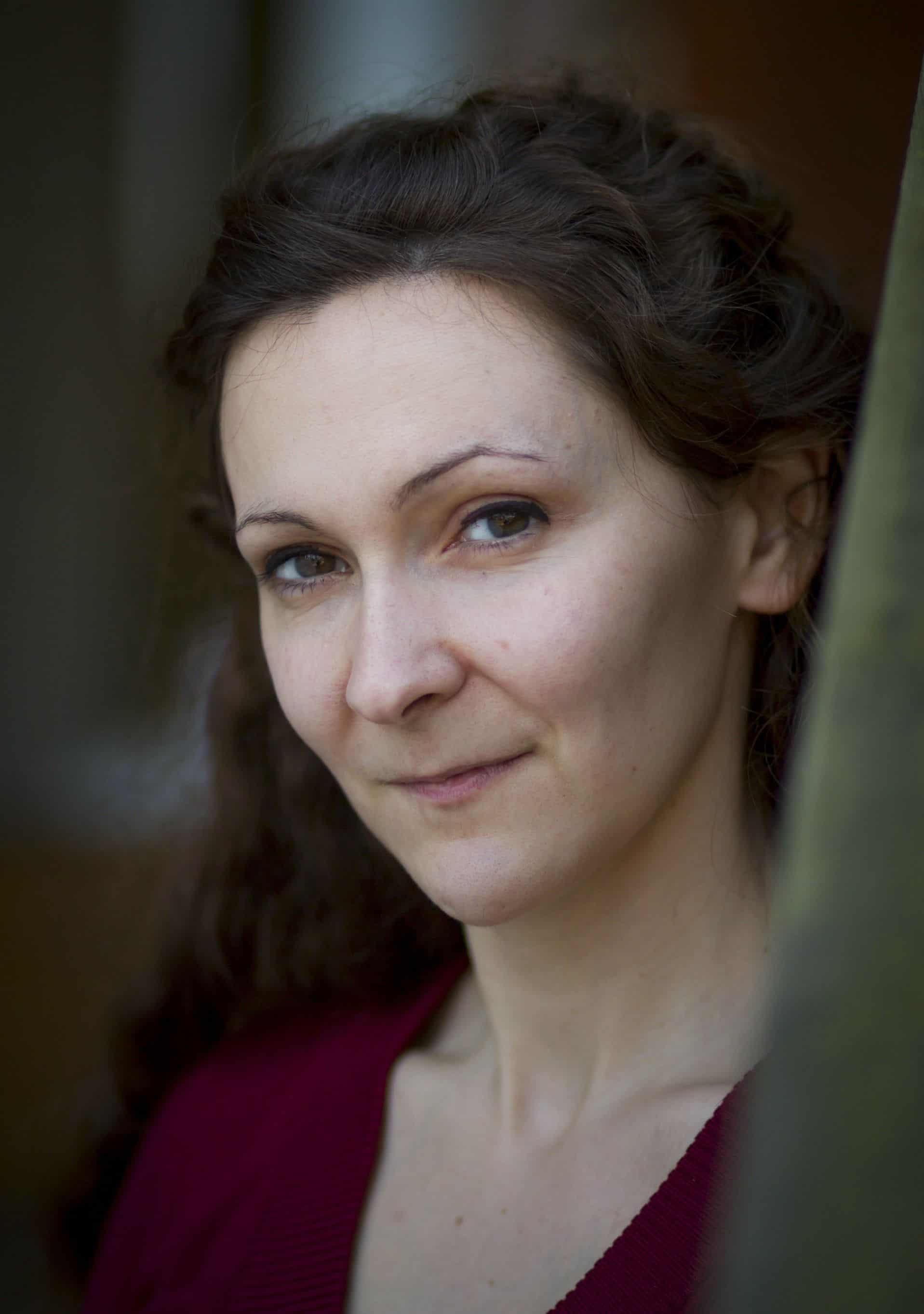 "I see spirituality as a lifelong thing--there's a part of me that doesn't necessarily want to find answers, that wants to keep asking questions."
Events & Culture

Amanda Leduc is an essayist and novellist who has lived across the UK and Canada. Born in British Columbia and raised in Ontario, she set off to pursue an MFA at Scotland’s University of St. Andrews, ultimately returning to Canada and settling in Hamilton, where she works and runs a bi-monthly reading series, the Steeltown Speakeasy. Her debut novel, The Miracles of Ordinary Men, was published in May, and she is the co-creator of Bare it for Books. We sat down with her in advance of her appearance at the International Festival of Authors to talk about writing faith narratives in an atheist age, tumblr, and convincing Canadian writers to drop their pants for literature.

SDTC: For those who haven’t read your book yet could you give a brief summary of what it’s about?

Amanda Leduc: The Miracles of Ordinary Men follows Sam who wakes up one day with wings. In alternating chapters it also follows the transformation of a woman named Lilah, who feels quite guilty about what she perceives as her abandonment of her brother. [She embarks] on a very dark relationship with her boss, as a way of doing penance. The book follows these two characters and it’s about how their stories intersect.

SDTC: It’s unusual to see books about religion and faith these days; this novel takes an almost postmodern approach to the issue in that it seems to be more about the absence of these things. How did that come about?

AL: It really came about as the result of one character, Sam. I had this person in mind who was growing wings, and the story just kind of unfolded. I didn’t set out to write a magical realist novel, it just sort of happened.

SDTC: Sam seems to have an abstract relationship with God. He was raised Catholic, but doesn’t have a great deal of faith, and as an English teacher seems to better relate to the world through literature. How important is faith and religion to the story?

AL: It’s quite important to the context of the story, but not necessarily in the way that we would traditionally perceive or think of faith and religion. One of the other major characters in the book is a priest, Father Jim, who sort of helps Sam along his journey. Father Jim talks about the unknowable nature of faith and religion, and how on some level Sam needs to become comfortable with this, exploring that element of faith, just trying to believe that things will work out OK even though these very odd circumstances are happening to him.

It was also important for me to not necessarily tie it specifically to the Catholic faith, or at least leave room for discussion about different elements of faith and mysteries. I wanted to use the novel as an opportunity to explore those kinds of issues, and not necessarily give definite answers but to look at the idea of this man who is physically experiencing a miracle and trying to come to terms with it.

SDTC: As Sam is becoming more physically like an angel, he pulls away more and more from the world, and so does Tim, to the point where he actually disappears.

AL: I was interested in looking at angels as [beings who] don’t necessarily have all the answers. For me, as the writer, I did feel like God was sort of this  dark unknowable that was weaving through the novel. I see spirituality as a lifelong thing–there’s a part of me that doesn’t necessarily want to find answers, that wants to keep asking questions.

SDTC: Bare it for Books, which you co-founded with Allegra Young, is a charity for PEN Canada and a calendar of naked CanLit authors. How did that come about?

AL: Last July I was working on my writing and avoiding it, as most writers do, and I was on Twitter and I just sort of thought, there’s all these firemen calendars and all sorts of other sexy calendars, why don’t we ever see calendars about writers? And I sort of put it out on Twitter, and Allegra was the first person who said, That’s a really good idea, we should do it.

Then we met and discussed and it just kind of grew from there. It’s been a lot of fun working on the project. We got to meet so many people who are passionate about literature in this country, and passionate about ways of looking at books a little bit differently.

SDTC: On Tumblr there’s CanLit is Sexy and Poets Without Clothes. Did these come afterwards?

AL: They came before. We are partaking of a long and illustrious tradition of naked Canadian people.

As part of the International Festival of Authors Amanda will be participating in Gods, Ghosts and UFOs, tackling the subjects of faith and religion in their fiction, writing about both the unknown and the unknowable, on Sunday, November 3, 2013 at 11 AM. For more information about the International Festival of Authors and to purchase tickets, visit ifoa.org.

"I see spirituality as a lifelong thing--there's a part of me that doesn't necessarily want to find answers, that wants to keep asking questions."