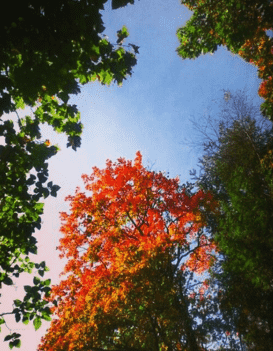 Summertime is winding down, and many of us are feeling that semi-primal urge to get outside while the days are still warm and sunny. Luckily there are lots of great opportunities in Toronto to get outside and enjoy the nice weather – not the least of which is the array of marathons, half-marathons and runs that will be taking place in the city this fall. And there are more than enough events for the avid runner to choose from – runguides.com shows at least forty runs taking place in Toronto during the next two months. But deciding which run is the right run for you can sometimes seem a bit overwhelming!

Most runs follow a certain formula, at least when it comes to marketing and demographics. Most cater to a niche market in some way. A few promise some kind of shtick – there’s a beer run for those who love racing and drinking; for animal lovers, there’s a run that winds through the grounds of the Toronto Zoo; for the girl who loves to get dirty, there’s the Mudmoiselle, a 5K slog through “Canada’s muckiest, filthiest, slimiest mud.” Other runs are better categorized as charity events, like the CIBC Run for the Cure.

This year, there’s a new run that plans to break the mold of what we think a run is or what it promises to do. The First Annual Toronto Run and Roll Against Violence, a 5K run hosted by the Toronto Rape Crisis Centre/Multicultural Women Against Rape, will be held on Saturday, October 16th in High Park. As the “roll” in its name suggests, it aims to be accessible to everyone, regardless of his or her ability. And yes, all money raised will go to the TRCC/MWAR. But co-organizer and TRCC/MWAR counsellor Deb Singh, say don’t think of it as a niche run.

“People generally get involved in niche runs because they are personally affected by whatever issue they’re running for,” says Singh. “But all of these pieces of violence – misogyny, transphobia, homophobia, white supremacy, colonization – they impact so many of us. And if you’re a woman or a trans person, you’ve experienced sexual violence in some way or another. That’s the world we live in.”

“We have so many runners in Toronto, including myself,” continues Singh. “After doing some research I realized there are no runs focusing on survivors of sexual violence in Toronto. One of centre’s goals is to create spaces that are supportive but healing, and I realized that a run could help survivors incorporate steps to physical health in a really safe and healing way. It seemed especially important to embark on something positive like this, given the depressing political climate happening in North America with sexual assault cases.”

The run aims to be as inclusive as possible, creating a space where people of any race, gender, sexual orientation, ability or size will feel not just welcome but encouraged to participate.

“We’re an organization working from a place of community accountability, anti-oppression and intersectional feminism,” says Singh. “It’s crucial that we include many different kinds of bodies and communities in this event. We’ve given away registrations for people who can’t afford to participate. We have many different kinds of representation within the groups of people volunteering at the event. We’re really doing our best not just to host the event but to help model what diverse participation looks like.”

I ask Singh what she would say to someone who might want to take part in the run but feels hesitant for whatever reason: “I’d tell them they’re welcome to come to our weekly running clinics,” says Singh. “There’ll be a lot of people out at the running clinics, including myself. And if someone’s worried about running that whole distance, I’d tell them that I don’t even run 5K a week. I’ll be run-walking during the run itself. Come run with me! Each clinic session will be very laid back – we’ll decide collectively what we feel like doing, whether that’s running, walking, or maybe sitting and talking about what our bodies need.”

She adds, “I’d also tell them that we support anyone who identifies as a survivor – men, women, non-binary, two-spirited. And if they don’t identify as survivors, then I’d tell them it’s a great chance to come out and support a community. No matter who you are, the great part about this event is that we have a lot of inclusive spaces and everybody and anybody is welcome to participate.”

To sign up for the First Toronto Run and Roll Against Violence, head over to trrav.ca. You can also get up-to-date news on the run and scope out what people are saying about it by checking out their Facebook event page. There will be running clinics held at High Park every Thursday from now until the event from 6:30 to 8:00 pm. The group will meet at the southwest corner of High Park Avenue and Bloor inside the park.

TRCC/MWAR encourages anyone who cannot afford the registration fee but still wishes to participate to email run organizer Liz Leia at trrav@trccmwar.ca. As well, the event is still looking for volunteers and anyone interested should also get in touch with Liz.