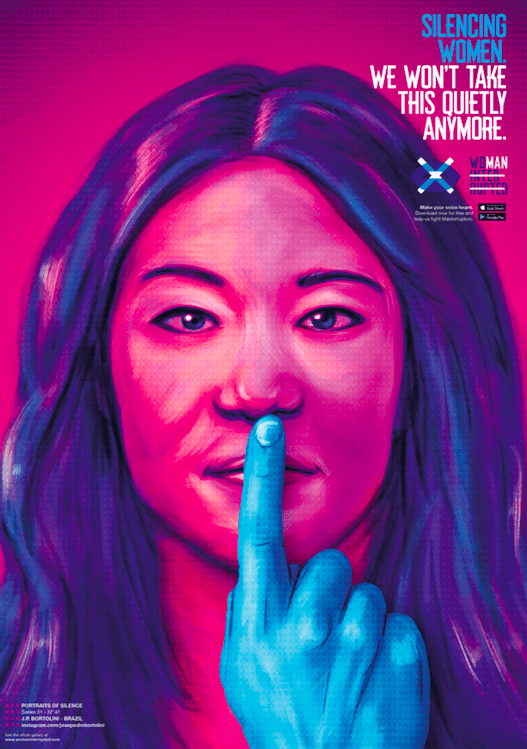 The word manterrupt may be one of the most egregious portmanteaus since Brexit. Similarly awful are its cognates manterruption and—head of this annoying word family—manterruptor. I’m not against portmanteaus themselves; there are many wonderful examples. (I’m looking at you banoffee, moobs and—cutest name for a coin since ever—toonie.) But manterrupt? Ugh, it just sounds so dumb, but it does an efficient job of labelling a persistent phenomenon: women are far more likely than men to be interrupted while speaking.

There are those who disagree. People who say it’s not a problem, that men don’t actually interrupt women a lot or, if they do, it’s because they interrupt everyone. That it’s bad manners at play here, not gender.

And sure, we’ve all seen those highly publicized and oft-quoted occurrences of men interrupting women. Kanye West hopping on stage at the 2009 VMAs to swipe the microphone from Taylor Swift. Or Donald Trump interrupting Hillary Clinton during the presidential debates. Twenty-five times in the first twenty-six minutes, apparently. But Kanye West and Donald Trump are hardly representative of the average male.

Earlier this month, a São Paulo-based company released an app that aims to detect and expose so called manterruptors in everyday life. The app, entitled Woman Interrupted, monitors conversations and tracks how man times a man interrupts a woman. On reading about this app, I have to admit, my first thought was, is this really necessary? Yet study after study shows that in everyday life, in the workplace and the classroom, men cut across women with alarming regularity. 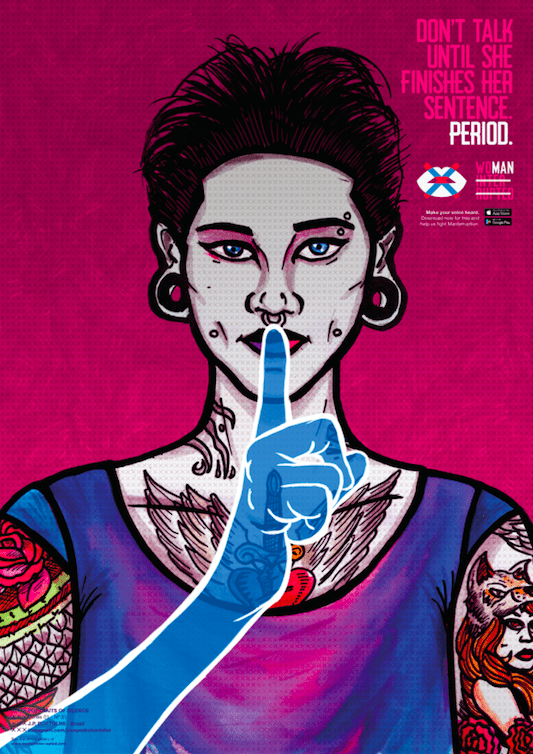 According to a University of Columbia study, female students are more likely to be interrupted when they speak. A 2014 study in the Journal of Language and Social Psychology found that men interrupt women twenty-three per cent more than they interrupt other men.

And of course we don’t find evidence only in studies. Sometimes it’s onstage in the most embarrassing and hilarious of fashions. At a SXSW panel in 2015, US Chief Technology Officer Megan Smith was interrupted repeatedly by Google Executive Chairman Eric Schmidt. This would not be noteworthy, except that they were discussing how an increased level of gender inclusivity is necessary to bring about breakthroughs in the tech sphere.

The repeated interruption of women speaks to a deeper issue of gender inequality, and it causes women to turn in on themselves, to think twice before raising their hands to speak. When you interrupt a woman, you not only cut her off mid-sentence, you imply that her words are not worth hearing, that her thoughts are not needed.

In a New York Times op-ed, Sheryl Sandberg, the COO of Facebook and founder of LeanIn.org, tells a story about TV writer and show runner, Glen Mazzara. During story meetings, Mazzara noticed the female writers were unusually quiet. He encouraged them to speak up.

“Watch what happens when we do,” they replied.

Almost every time they spoke, they were interrupted or shot down before finishing their pitch. Or if they had a good idea, it was often co-opted by one of the male writers.

TV writing rooms are not the only place this happens. Evidence shows that manterrupting is happening in classrooms, boardrooms and offices everywhere.

A study by Brigham Young and Princeton University found that men will dominate seventy-five per cent of the conversation during conference meetings. A 2004 study at Harvard Law School found that men were 144 per cent more likely to speak in law classes than women.

In this era of women’s marches and pink pussy hats, we encourage girls and women to be loud and proud, to know that their voices have worth, that they are powerful. But it’s difficult to encourage women to speak when men cut across and speak over them at school, at work, online, even on gender inclusivity panels.

How do you solve a problem like manterruption? It’s one symptom of a much larger and more complex issue of gender inequality, so clearly there are no quick fixes. In her manifesto (Feminist Fight Club), Jessica Bennett proposes some practical ways women can battle manterruption. One suggestion is to establish a “Kanye-Free Zone,” which sounds like a blueprint for my ideal planet.

But perhaps the most important first step is to acknowledge that manterruption, irritating portmanteau that it is, it is a very real problem.

I still don’t like the word, but if this buzzy, Twitter-friendly neologism can shed light on an issue that silences girls and women, I’ll shout it at the top of my lungs.