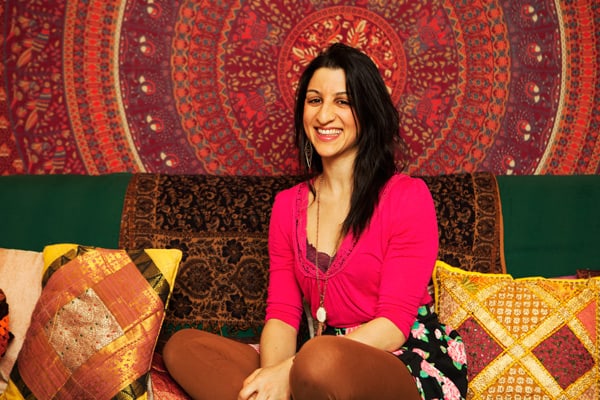 Her Career: The Math Guru

Vanessa Vakharia is the founder and director of The Math Guru, a boutique math and science tutoring studio located at Yonge and St. Clements. After pursuing a Masters of Math Education at The University of British Columbia, specializing in popular culture, mathematics and femininity, Vanessa became determined to create a fun and social environment where teens could feel comfortable and confident in their mathematical abilities.

We spoke to Vanessa about her journey to developing The Math Guru, and some of the most valuable lessons she has learned along the way.

SDTC: What is your title and what is ‘The Math Guru’ all about?

VV: Technically I guess I’m the founder & director of The Math Guru…but that’s kind of boring. I prefer to call myself the director of inspiration and learning!

What does a typical day look like for you, starting from when you wake up – to heading to bed?

Typically I wake up around 6:00am because I love LOVE mornings – the day seems so full of possibility and potential when you’re awake that early! I head to a spin class (best way to start the day EVER), and then head home. I usually spend the bulk of my mornings returning emails and phone calls, scheduling students, and meeting with parents, past students, and educators – educational schmoozing. I’m pretty lucky in that the nature of my work is pretty social and that I get to spend a lot of time problem solving and helping students and parents get the support they need. At 2:30pm, The Math Guru usually starts filling up with students. My evenings are pretty much one giant math & science party – I run around chatting, making tea and teaching math to a bunch of awesome teenagers and basically soak in the energy around me. It’s pretty awesome being surrounded by energetic tutors and students, hearing the ooohs and ahhhhs of understanding, and catching up on the latest high school drama! At around 9:00pm, the last students are filtering in and I usually take off to band practice – I’m in a Toronto indie band called Goodnight, Sunrise which is kind of like a part time alter ego of mine. Math Guru by day, Rockstar by night…one can dream! 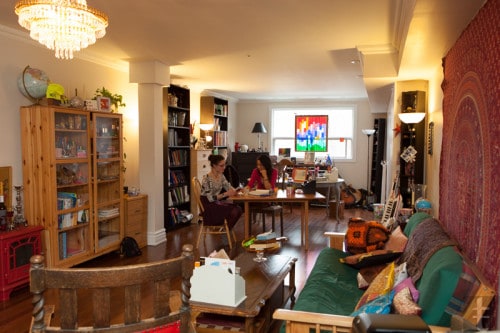 Can you describe your career trajectory (what you were into when you were younger, what you studied at school, how you got started in launching your own biz)

My story is actually kind of crazy! When I was younger, I was convinced that I would be a famous actress and marry Keanu Reeves. Convinced. I also failed math. Twice. The two might not seem related – but they totally are! Certain that I was “artsy” and therefore not a “math person,” not only was I personally discouraged from pursuing math and science, I was discouraged by my teachers who reinforced the notion that I was simply not “a math person.” Well, as one might imagine, my parents were not a fan of my Keanu Reeves plan, so they sent me to an alternative private school. It changed my life. The environment was welcoming, intimate and diverse. This was a place where artists did math, and mathematicians created art. I was blessed with an incredibly motivating and inspiring math teacher who scoffed at the notion of there being such a thing as a “math person,” and by the end of my first semester there, I had a 99% in math. Not only did I realize that I LOVED math, but more importantly, I realized that these barriers I had put up were entirely fabricated by myself and by an academic environment that simply didn’t speak to me. The coolest part about it was that I had conquered something that had seemed insurmountable, and doing that with math meant that I could do that with ANYTHING.

I began tutoring students in my classes and having mini math parties at local coffee shops – I just couldn’t wait to show others that they too could do math, despite the fact that they were convinced they could not.

I ended up pursing a Bachelor of Commerce in Marketing from The University of Guelph, and a Graphic Design diploma from Humber College. After working in the field for a short while, I headed to teacher’s college. Before I began working full time as a teacher, I decided that I wanted to take a massive trip to India, and so I began tutoring in order to raise travel capital. This was what changed everything! I LOVED tutoring. I loved the one on one nature of the work, and I loved being able to really develop relationships with my students, AND I loved being able to cater my lessons to their needs.

I took off to India, and thought about tutoring the whole time! I then ended up pursing a Masters of Math Education at The University of British Columbia, specializing in popular culture, mathematics and femininity. I was obsessed with teenage culture and the patterns I noticed in my students. So many of them were mathematically capable, but totally discouraged from pursuing anything STEM related – they reminded me of my younger self! I wanted to find out what forces were at play. My research led me to develop a series of workshops which I have been carrying out at schools, universities, and conferences for the past five years in order to start the conversation about math culture and how we can go about changing it!

After I finished at UBC, I moved back to Toronto and started The Math Guru – a math and science tutoring studio designed to make math cool, fun and accessible to EVERYONE – even those kids who believe that moving to Hollywood and marrying the next Keanu Reeves is their destiny!

What was the most rewarding moment of your career thus far?

This is definitely an insanely tough question because I kid you not, something rewarding and amazing happens to me EVERY DAY! One of the most rewarding moments is actually a recurring one. Continued relationships with previous students are one of the most rewarding parts of my job. I constantly have students visiting after they’ve graduated, telling me about their successes and thanking me for encouraging them to pursue their dreams. Every week I have at least one coffee date with a TMG alum! It is so great to see where these students of ours end up and to follow their exciting trajectories!

What characteristics/skills/attributes should a person cultivate to do what you do for a living?

I think the most important skill really is simply the confidence and belief that anyone can do anything. That, and patience – a LOT of patience! You’re constantly dealing with young people who are really discouraged and vulnerable, who truly believe that they’re incapable of something. It is so important to be sensitive to that, and to be able to gently show these students that they ARE capable and that you’re on their team. 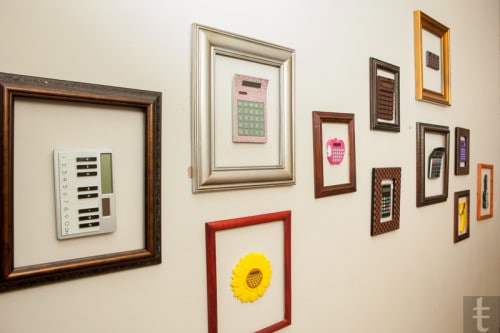 What’s your favourite part about your profession? Least favourite?

Best part? Being surrounded by countless interesting and inspirational teenagers. Worst part? The end of the night when all of a sudden the math party is over and everything is pin-drop quiet!

Describe a situation that you’ve encountered in your life where you either a) knew for certain this was the right field for you or b) realized you needed to make a big change.

I think I knew for certain that this was the right field for me the second the first student I tutored started crying over the fact they had achieved a test mark they never thought they were capable of. Knowing that I had shown someone that they were capable of so much more than they had given themselves credit for – well, that changed everything. I knew that if I could show someone their ability through conquering math, that I could ultimately show them their ability to do ANYTHING they put their mind to! What could be more rewarding than that?! 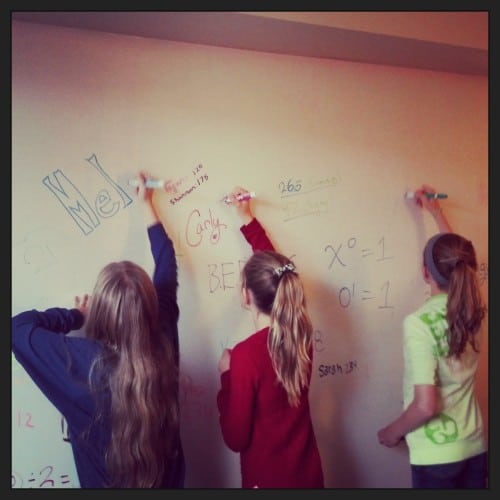 What is a big misconception people have about learning math?

That it’s any harder than learning anything else. Math takes work and practice – but so does learning guitar, or hockey, or basketweaving, or anything worth learning!

Any advice for other young women wanting to get into this field? Or pursue mathematics in general?

Definitely! My main piece of advice: don’t let yourself be bullied out of math! I say that because it happened to me, and I see it happen to young women ALL the time. Don’t let anyone make you feel weird for wanting to pursue math and don’t let anyone try to pigeonhole you. Love math? Own it. Boast it. Rock it.

How to become an Engineer