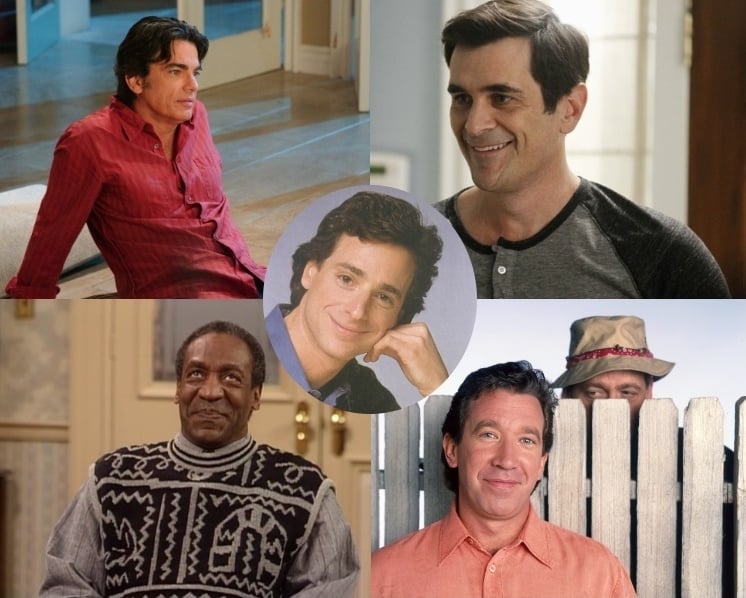 In honour of Father’s Day, here are our favourite TV Dads

Many great men have graced our television screens to play the role of Dad. In honour of Father’s Day this weekend, here are our favourites.

Sandy wasn’t just the rock of the Cohen family, he was the rock of the entire Orange County community. Just think of how much more drama there would have been if he wasn’t there to be the voice of reason and make bagels! Also, those eyebrows.

A hard working, loveable suburbanite, Phil Dunphy is a perfect representation of modern dads. He’s a balance of masculinity and sensitivity, of authority and immaturity; and often comes across as awkward and goofy in his quest to be known as the “cool dad.” He’s forever a family man, though, and for that we love him.

If you watched The Cosby Show growing up, you know that Cliff Huxtable was full of very important wisdom. Case in point: “No 14-year-old boy may wear a $95 jacket unless he’s on stage with his four brothers.” He also has a style of sweater named after him, and can bust a move like it’s nobody’s business—feats very few fathers can claim.

I can only imagine how difficult it would be to raise three young girls on your own, so that makes Danny Tanner Super Dad. His obsession with cleanliness was adorable and admirable, as was his tendency to spoil his youngest daughter, Michelle. He also knew the importance of a good hug.

I like to think that there’s a little Tim Taylor in every dad: an obsession for tools, occasionally blowing stuff up, the general stubborness…such dad things. But for everything he did wrong, the Tool Man did plenty of things right, like helping to raise three strapping young men. Being an adult and a parent isn’t easy, and Tim was always there to remind us of this.