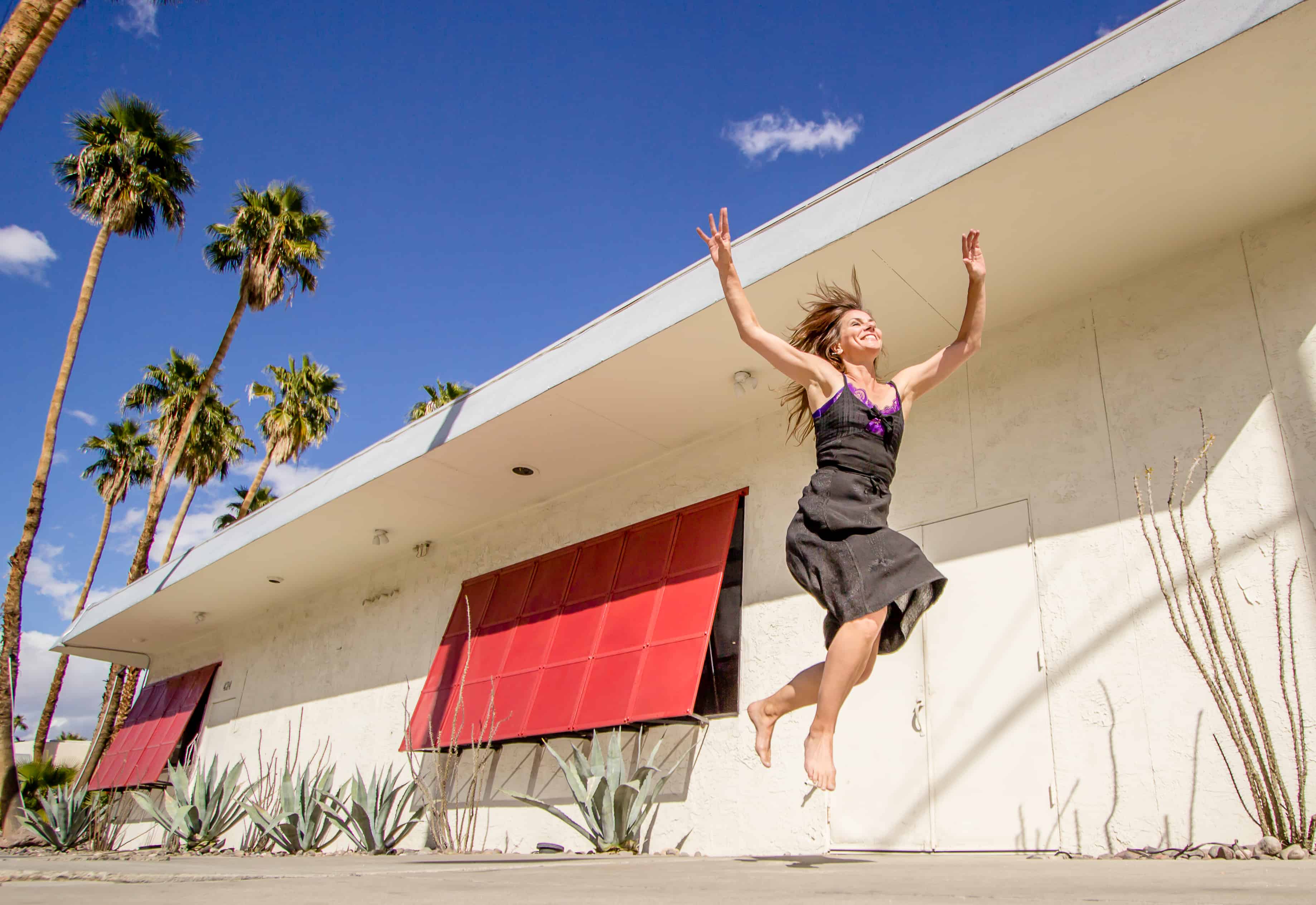 Jump For Joy: A New Doc Explores How “You Are What You Act”

Is it possible that we can become someone or something just by acting out the role? A new film, You Are What You Act, looks at the growing field of Embodied Cognition, a field that examines how the way you act and feel can actually change who you are.

In the film, director Albert Nerenberg calls us to shift our thinking about the potentials of our own human expression. In talking to leading researchers, including George Lakoff, visionary doctor Gabor Maté, and Harvard psychologist Amy Cuddy, it asks: Does smiling more make you happier? Should you laugh every chance you get? Can changing your posture make you more confident? Will acting like you’re in love save your relationship?

In one clip, we meet photographer Eyoälha Baker, whose “Jump For Joy” project highlights how this phenomenon works. A few years ago, Baker was at a low point in life. Depressed and lost, she decided to sell her possessions and travel, all in an attempt to get back to her true purpose. She began snapping photos of herself and her friends “jumping for joy,” and noticed that the action of jumping for joy made them actually feel joyous. The Jump For Joy Photo Project has grown to several large-scale mural installations across North America.

We chatted with Baker about her project and the film this week.

SDTC: Where did the idea for this project come from?

EB: It’s obviously not an original concept, but the reason people do it is because it feels good. It’s fun and it’s goofy and it’s playful. Every time I did it, I noticed that I felt uplifted. I felt good and goofy and laughed a lot, which is really healthy. When we did it, other people would start watching and laughing and would go off sometimes and do their own jumping photos, so it was kind of contagious, the energy around it.

Because jumping has so many metaphors, it kind of encompassed all the things I wanted to feel and experience. It started with just my friends and family and really snowballed from there.

Who was your most memorable subject?

I’ve taken hundreds of photos now. Sometimes the most unexpected people have the biggest impact on me. When I was doing photos with people who were addicted to drugs and living on the street, they were the people I’d least expected the project would resonate with. Surprisingly, their willingness and their desire and understanding of what it stood for really impacted me on a deeper level than anyone else. My judgment at the time was that they’re not going to connect to this, they’re not going to understand what this is all about. But they did. They absolutely understood. They understood the power of what joy can do.

Were you surprised to learn that acting out a physical emotion could actually change the way you felt?

I never looked at it that way. I see now how it could influence the way you feel, because there’s a physical reaction chemically in your body that can activate all kinds of endorphins. But I think it’s more than just the action; you have to have the desire and you have to make it a practice that you’re working toward. It’s not like you jump around once or twice and you’re suddenly a joyful person, but I think it will create the feeling of what joy feels like. It inspires and reminds you of the feeling.

Why do you think this action is so powerful?

You Are What You Act screens tonight at Hot Docs Ted Rogers Cinema (506 Bloor St. W). Get tickets here.

Tags: Albert Nerenberg, Eyoälha Baker, Jump For Joy, Photography, You Are What You Act