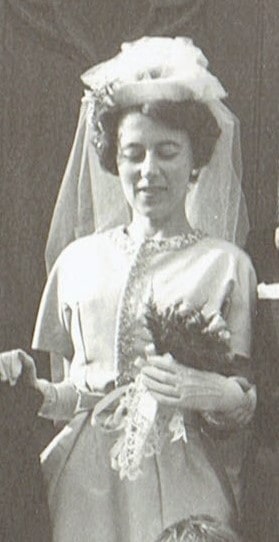 My Mother’s Closet: The Wedding Dress

Our series, My Mother’s Closet, recalls women from our past, revealing their history through clothing, jewellery and items that we closely identify with them. In this installment, Brigid Elmy (of The Leslieville Flea) gives us a peek into her mother’s closet.

The woman you see in the above picture is my mother, Joyce Florence Whiting. On the day this picture was taken (in Ottawa in October 1961), she became Joyce Greggains; wife to Brian Greggains, instant mother of three (four, after my birth), as well as an entrepreneur and small business owner.

Brian Greggains had lost his first wife when my siblings were all very young. He and my mother had been engaged before his first marriage, when they both lived in England. The engagement was called off, but that is another story. It’s enough to say that they had known each other for some time.

My mother arrived from England two days before her marriage. One moment she was single and working as a successful journalist in England, next in line to become Assistant Editor at one of the magazines published by Odham Press, and the next she was on a boat on her way to be wed and become “Mommy” to three small children.

Ever practical, my mother bought a dress for her wedding that could be worn on the day and possibly in the future at formal occasions and cocktail parties. My mother also tells me that she felt a formal cocktail dress seemed appropriate for a woman marrying for the first time at the age of thirty-six. 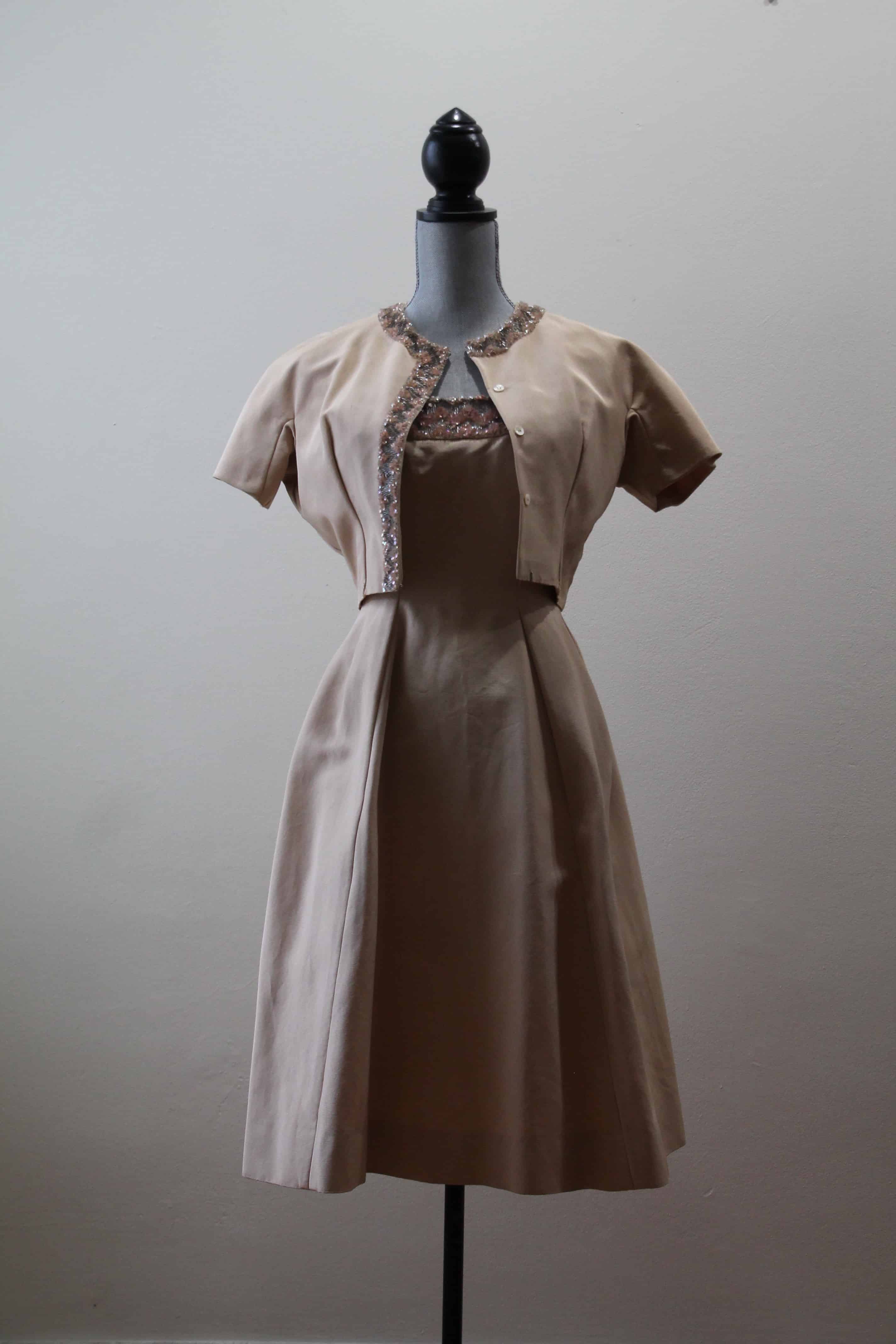 The dress was designed by Jean Allen and purchased at Peter Jones, a department store in London’s Chelsea District. Jean Allen was a popular British designer who emerged in the 1950s and continued to design reasonably priced garments until well in to the 1970s. My mother’s choice of dress has a shift and a separate jacket. Both are made of a sturdy polyester with hand-embroidered beading and a pannier on either side of the skirt–the fashion at the time.

Much thought went into the purchase of this garment. As my mother reminds me, people who lived through the Second World War made do with less. The rationing of clothing was still a part of her consciousness; however, the prosperity that brought more choice and frivolity of owning scads of clothing (for good or for bad) was just around the corner. 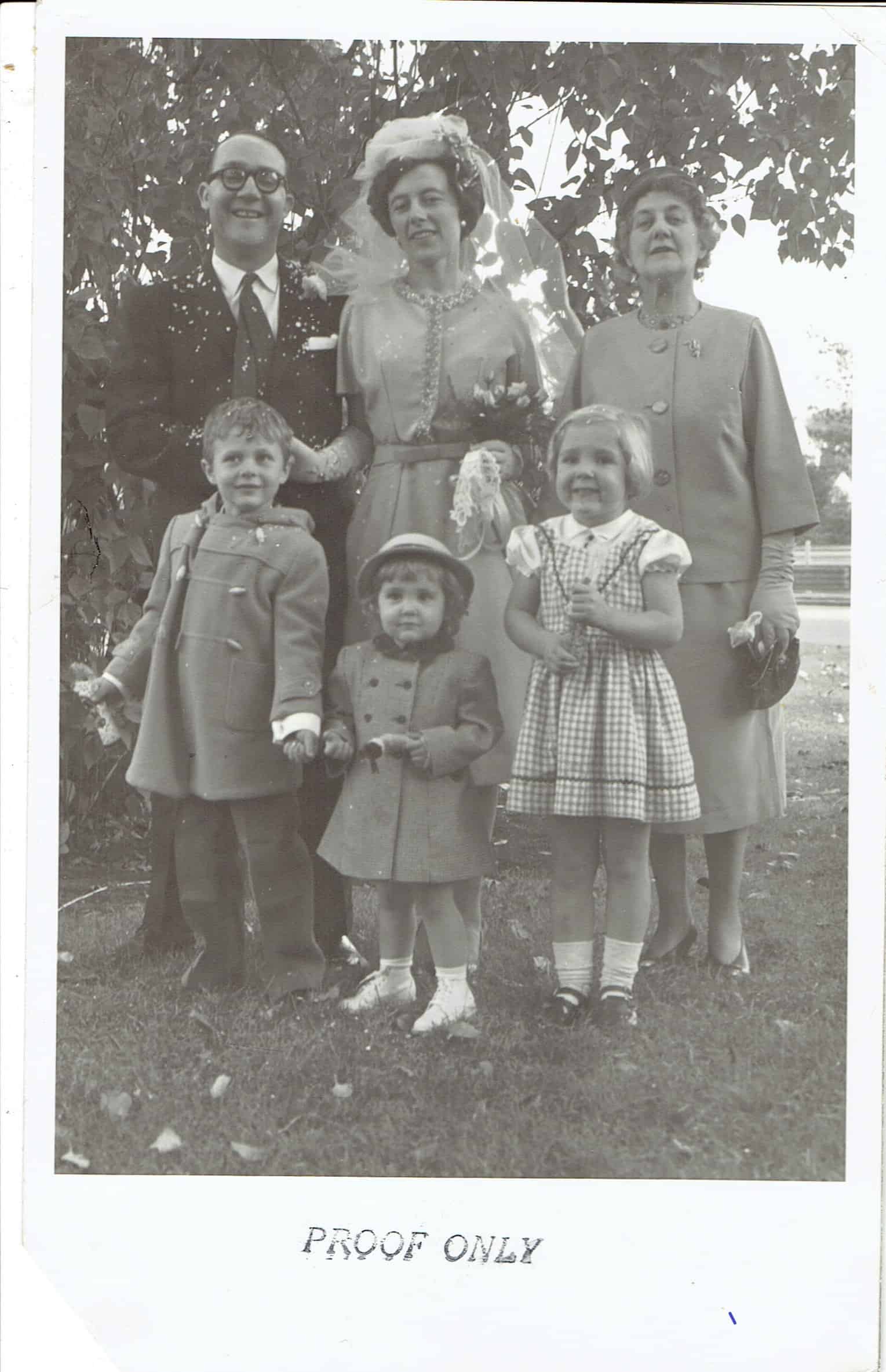 The dress hung in my mother’s closet for as long as I can remember. As a young girl and burgeoning clothes horse, I would rummage through her closet and secretly adore the subtle caramel colour of the fabric and imagine what it might be like to wear that dress to a wedding or an event that required dressing up.

That dress did eventually leave my mother’s closet. I am now the owner and curator of my mother’s wedding dress.

Mom, I promise to look after your wedding dress. It’s an important and integral part of your story. Thank you for making the journey here to Canada with your mother and sister-in-law in tow. As you have often reminded me, it’s important to remember the past and celebrate those who were and continue to be important to us. We are proud of you and lucky to have you as our mother. 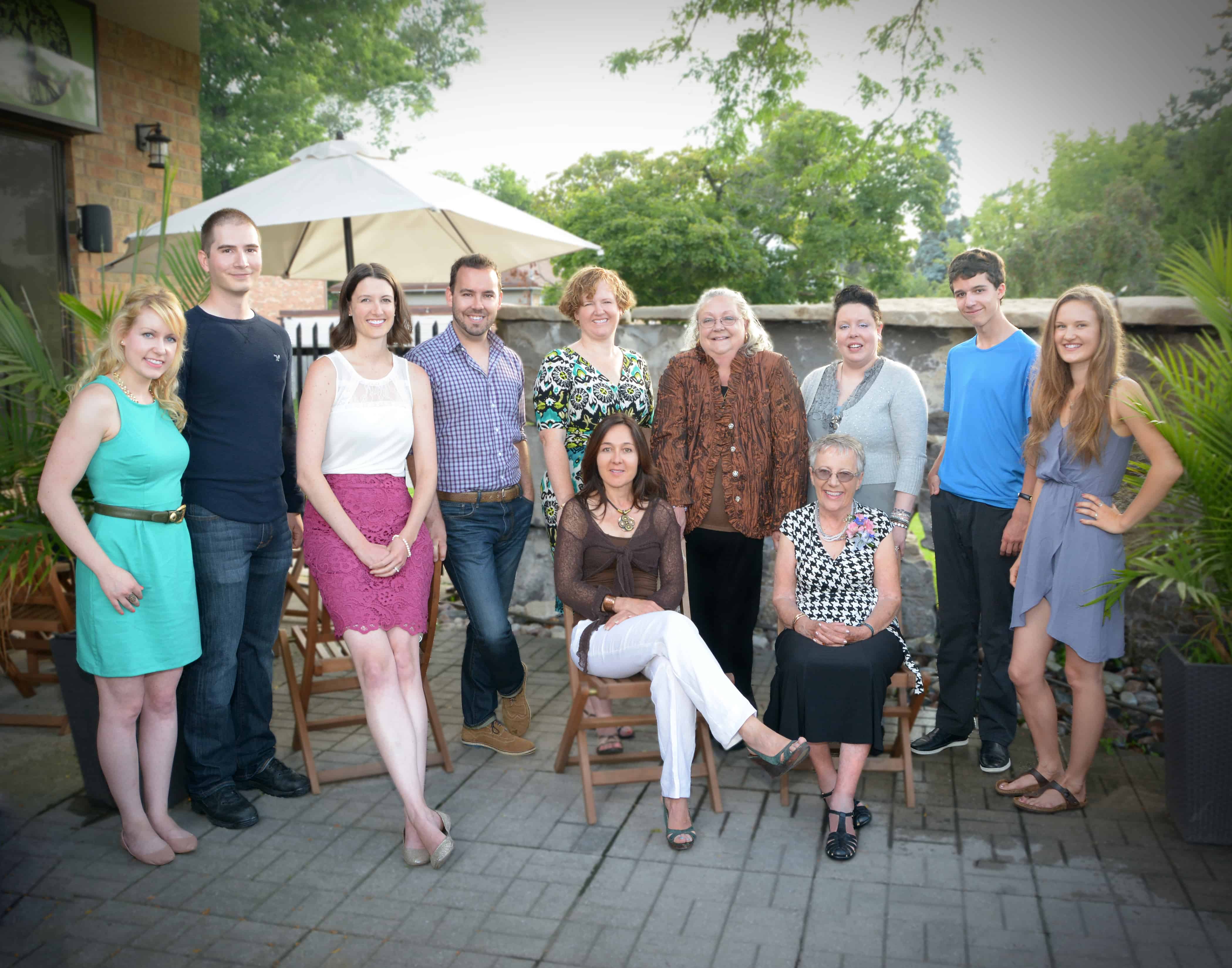 “Toxic Beauty” Is a Knockout Punch to an Amoral Cosmetic Industry Posted on January 7, 2020

Save Your Skin: How To Protect Your Face In Winter Weather Posted on December 9, 2019