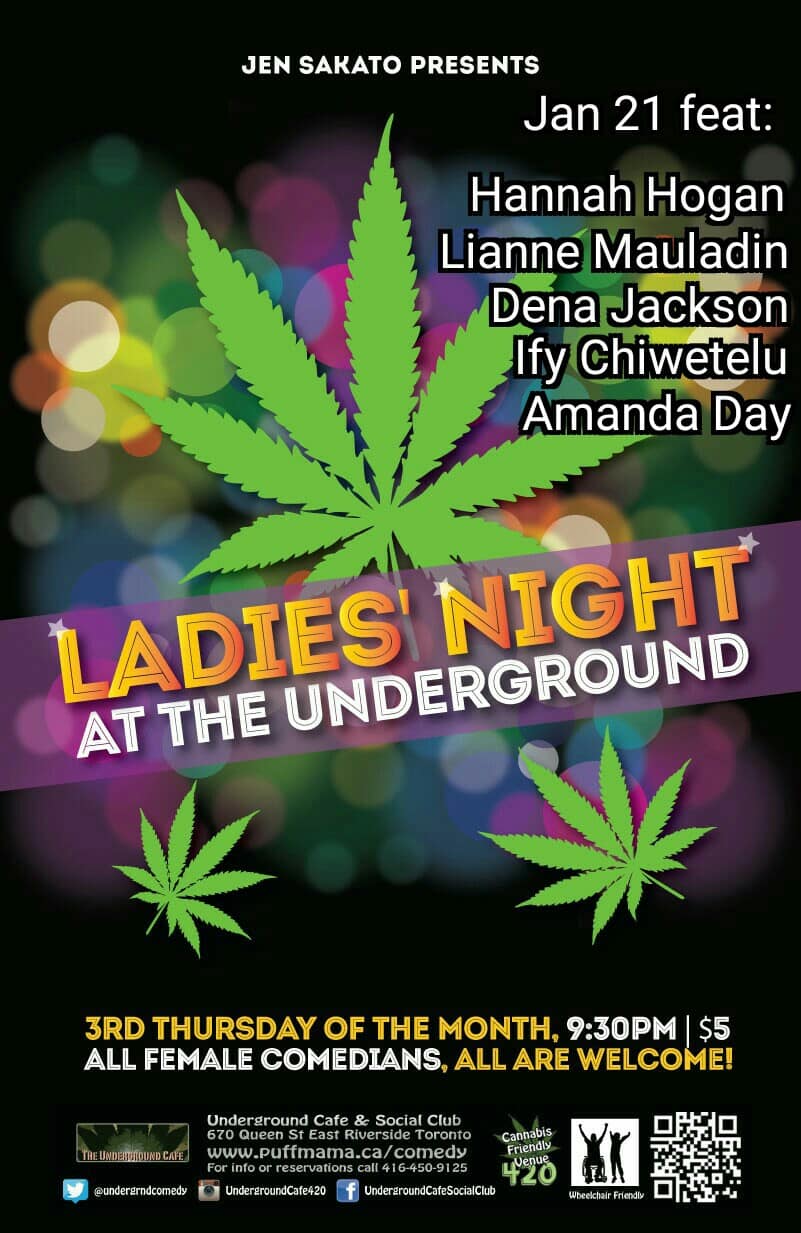 Need an outlet for those *ahem*…giggles?

Every third Thursday of the month, beginning January 21, is Toronto’s ONLY all-female stand-up comedy show at a 420 friendly venue!

Featuring Canada’s top and emerging female comics, both men and women are welcome to the show!