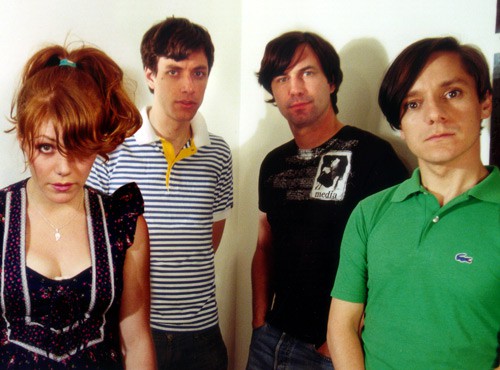 Remember Rilo Kiley? The LA-based indie-rock band fronted by the majestic, timelessly talented Jenny Lewis? Even though it’s been six years since they released new material, I know I haven’t forgotten about them. Their albums Under the Blacklight, More Adventurous, and The Execution of All Things were each a soundtrack to one of my various coming of age stories. First kiss, first relationship, first break-up… lead-singer Jenny Lewis always had a way of finding just the right words.

This April, the band released a B-sides album titled rkives, cause they’re cool like that. It’s packed with tunes that make you further appreciate Jenny as a wordplay godsend, full of vivid imagery and emotion. Speaking of emotions, that’s what I was leading up to here: they’ve just released a video for the 2002 B-side Emotional.

It couldn’t have come at a more perfect time for me personally. Sometimes, you need a good song to ride out some PMS. Thanks for that, Rilo Kiley. I told you they have a soundtrack for everything! For those emotionally fragile days that come once every moon cycle, you can sing the hook to yourself in the mirror: “you’re so eee-mo-tion-al!”

You can buy rkives on iTunes here.

If you’ve never heard Rilo Kiley’s music before, I recommend checking out Silver Lining, and Portions for Foxes.