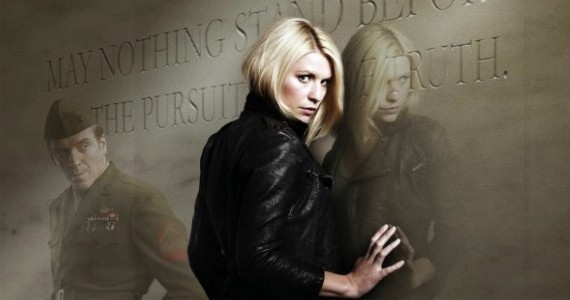 The Grown-Ass Woman’s Guide to: Watching literally hours of TV at a time

You’re a grown-ass woman, so I can trust that you’re at least a bit tuned in to what is happening, right now, TV-wise. What is happening is a goddamn Renaissance on a par with that period of the ’90s in which Disney was straight up ON. FIRE. “Oh, did you enjoy The Little Mermaid? Cool man, we’re just working on another little project called THE LION KING, how do you like them Simbas?” There is just so much good stuff to watch, and it feels like there’s more and more good television filing in to join it all the time. And homies, when faced with a cornucopia of deliciousness, sometimes the only thing to do is dive right in and gorge yourself. Which is why there is no greater pleasure than a lazy afternoon to do just that with a new or classic TV series. We’re talking serious, marathon TV sessions, you guys. Sometimes they are on purpose, when you’ve excitedly cleared your schedj to really get into Buffy, and sometimes they are by accident, when you decide to check out what all the Orphan Black fuss is about, and emerge 12 hours later, riveted and trying on different fun accents and wondering if you could pull off dreadlocks. So, what are the best circumstances under which to consume eight straight episodes of 30 Rock? Let’s discuss.

If you gonna do the crime (show), you gotta have the time

“I got sucked into a TV hole” is one of the scummiest excuses for bailing on someone, so block off a chunk of time to adequately sift through Golden Girls‘ greatest hits. Top times include: post-break up, that period of a new relationship where all you guys wanna do is hang out alone, one of those super gross cold weekends after Christmas where no one is going out anyway because we’re all broooooke, or late at night when you have a column due the next day and don’t know what you’re going to write about.

Know what you’re getting yourself into

The thing about binge TV consumption is that a television show traverses a lot of emotional ground over the course of an entire season. Theoretically this is parsed out over weeks, with time to digest and think, but if you’re getting all illegal download/streaming/PVR glutton about it, make sure you know what you’re getting yourself into, feelings-wise. Are you ready to get to know some characters, fall in love with them, relate to their hopes and dreams and feelings, watch them fail and succeed, and then watch them HAVE THEIR THROAT SLIT WHILE WATCHING THEIR FAMILY DIE IN FRONT OF THEM?? Jesus, Game of Thrones. Jesus and all seven gods. Ask yourself if you can handle that, emotionally, because a lot of good television is extremely heart-wrenching, and that shit can get to you. A full day of Homeland = a full day of stress diarrhea. A full night of Dexter = a full night of staying up until it’s light out because you’re not scared, but also there is probably a serial killer in your bathroom, best just to hold it. Do you want to just watch Spaced again? Maybe just watch Spaced again.

You’re going on a journey. An odyssey of the mind. A test of endurance: for your brain, emotions, and bladder. Figure out in advance what provisions you will need, and this includes viewing company. No Cat Lady-o, but pets are the ideal companion for this kind of thing. They do not talk too much, but are capable of providing the requisite comfort or company required during more difficult moments. Plus, purring. What a great feature. Ideal snacks should be shareable in case of human companions, and probably crunchy? I’m just spitballing here. Don’t eat anything that could end up a spitball. Also know what you’re in the mood for, i.e. nothing with ghosts if you are home alone (this is a good tip for everyone and not just something I learned the hard way), nothing super lovey-dovey if you have been recently dumped, no intense medical dramas if you’ve just lost a loved one, you get it. Use yer brains before you turn on the idiot box!

A crucial joy of the binge is that it stretches for hours and hours, an all-you-can-eat buffet for the eyes. Obviously it will be a short gorge if the show only has three episodes out. Programming that ended in its prime is ideal here, which is why the BBC and British programming in general is your friend. They do not have the American obsession with running a show into the ground, nor do they have the Canadian obsession with underfunding their film and television industries (#thereisaidit), so what you end up with is a lot of well-crafted drama and comedy that knows when to die. Which is great, because six seasons is more work than you can do in a weekend; faced with the entire oeuvre of the American Office you might just give up, get off the couch and go outside, and who wants that? The UK Office will sort you right out, with 14 well-crafted episodes that you can devour in one or two committed sittings. Arrested Development‘s original series is also ideal TV binge material. Fire up the Netflix but maybe quit while you’re ahead at season three. No tea no shade, season four bums me out (cue Charlie Brown music, entire cast exits with its head hung sadly, Ann remains and eats a whole egg in one go. Fin).

A lil’ sumthin sumthin to get you started

There are no bad ideas in a brainstorm, and there are no bad times ahead if you choose to delve into any of the following: Sherlock, Parks and Recreation, Cowards, Spaced, Freaks and Geeks, Extras, ORPHAN BLACK, Fawlty Towers, Flight of the Conchords (season one only, this is imperative), or Wishbone. Seriously, revisit Wishbone. It holds up. #whatsthestorywishbone #doyouthinkitsworthalook #etc

A word of warning: OnDemand viewing can ruin you. All the TV anytime you want it is the My Mom’s Cheesecake* of entertainment—once you’ve had it you don’t want to eat cheesecake any other way ever again. I started watching Mad Men several years late, caught up, and now have given up on the series for a while because I literally can’t bear to wait six days for more updates on what Joan and the gang are w̶e̶a̶r̶i̶n̶g̶ doing. What a spoiled brat I am. Whatev, go spoil yourselves! Fire up those laptops, give up on seeing daylight today, slip into a Snuggie (RIP), and get ready to leave your butt imprints on the couch. Happy viewing!

*vehemently not a euphemism