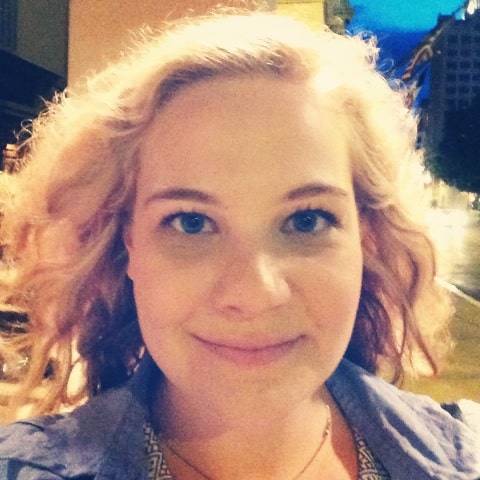 "Not kissing is always better than kissing."

The comment section on Chloe Van Keeken’s Instagram is rife with frantic teens: “CHLOE PLEASE NOTICE ME;” “Hi chole van Keeken I think u need to know that ur many peoples inspiration and ur a wonderful writer u have the best show on family and ur pretty smart and hailrous;” “can u please follow me thank you so much for making thenextstep I love it it’s a awsome show I love it!!” As a producer and writer of the Family Channel’s faux-reality dance show she has amassed a growing dedicated army of teen fans. They are called Next Steppers.

Chloe doesn’t just produce teen TV, she immerses herself in it. The 26 year old keeps up religiously with the most popular shows for that demographic—Pretty Little Liars is a favourite—and has a gift for knowing what teens want to see. (Apparently it’s as simple as “what other people are doing and feeling. It helps them align their own thought and fears.”) We caught up with the Canadian Screen Award winner to talk about the TV industry, 90210, and why it’s crucial to take yourself seriously.

Hi Chloe, thanks for chatting with us! Tell us a bit about yourself—got a fun fact?
My full name is Chloe Louise Francoise van Keeken. When I was little I couldn’t say Francoise so I told everyone my middle name was french-fries. I still love french fries.

How did you get started in your field?
When I was 10 (ish?) I saw a TV show called “The Zack Files” on YTV. It was the first time I realized they actually made TV specifically for those of us in those in-between years. It was smarter and more emotionally mature than the kids shows I had seen but not as adult as Beverly Hills: 90210, which I was watching way too young. At 11 I wrote my first TV pilot, called Urban Suburbans, about twins from the city who moved to the suburbs, and hilarity ensued. It wasn’t awful. It was around that time I moved to LA for the first time where Frank (my dad) was starting his career as a television writer after failing to make it as an actor. Turns out us van Keeken’s are much better behind the camera.

I spent as much time as I could on the sets of the shows he worked on, or in the writers rooms, I was a set brat of the highest order. After ten years of being on television sets, from Mad About You to Billable Hours, I started thinking in TV. I started getting good. By the time I wrote my first spec script for “The Office” Frank realized I was more talented than I was annoying and started putting me to work. Finally, I decided, if I was really going to commit to TV, I would need to learn the basics. I then enrolled myself in Seneca College’s TV Broadcast program and learned all the tricks of the trade, from lighting to camera work to sound design. This was the best thing I have ever done for my career, it made me a better writer and a much better producer.

What’s the best part of your job?
Eliciting emotional responses from people.

What’s the most challenging part of your job?
Not getting overwhelmed. I am a very excitable, reactionary person, and a lot of my job is just remaining calm enough to figure out an answer to whatever problem I am facing. One of our cast members [and dancers] just broke her foot and we go to camera in a month so it’s been a lot of figuring out how to deal with that.

Any advice for women wanting to break into the industry?
Take yourself seriously. Don’t play dumb. Remain calm.

What was your first job and how did you get it?
My first job EVER was at No Frills. I interviewed for it and then had to learn every produce code as they had weekly tests and if you failed you got fired.

What is an average day like for you?
In the summer we film so I am up at 5:45 to be on set by 6:30 to start for 7. On set I am the official fire putter-outter. Do you need a question answered? I will answer it. If I don’t know the answer then there probably isn’t one yet. I check in with hair, makeup, and wardrobe to make creative decisions about who gets to wear pony-tails and who gets to wear purple. Then I stop in on set to see how the day is progressing. Sometimes I will help talk the cast through scenes before we shoot, how emotional should they get, who is going to end the fight, should they kiss? (Not kissing is always better than kissing).

Then it’s lunch, we usually have meetings over lunchtime but if I am lucky I get to each lunch and watch Youtube videos alone in my office – This is my happy time. After lunch, more fires to put out and meetings to have and set visitors to tour around and “Which Monarch Butterfly costume do you like?” We shoot until 7PM usually but sometimes longer. Then I go home, watch as much TV as I can before I pass out and wake up and do it all over again.