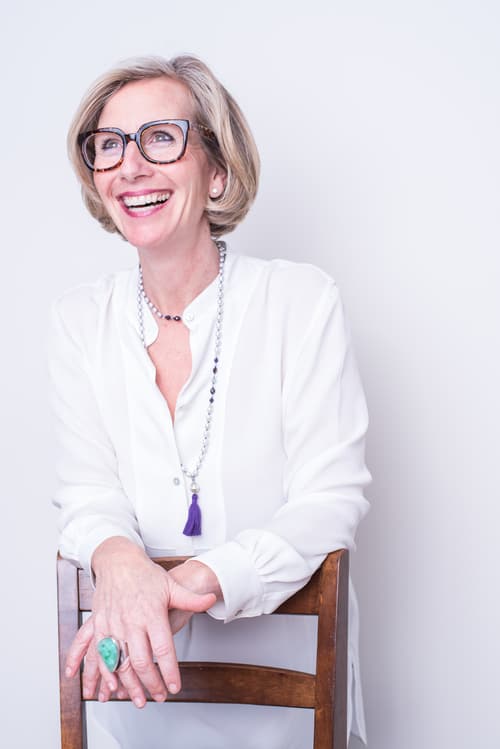 How Radical Generosity Is an Investment in Yourself and in the Future of Women: Meet SheEO’s Vicki Saunders

WHAT IF you lived in a world where your dreams were supported, where you were surrounded by women who were determined to help you realize your goals? WHAT IF the society you lived in were built on equity? How would that change the way we live? Our definition of success? These are the types of questions that led Vicki Saunders to start SheEO, a company created to help see women thrive.

I first heard about SheEO when my neighbour Jana said she signed up as an activator for radical generosity. What the heck is that? I thought. A fellow mom, Jana would pass me on the street and start to tell me about it, but then one of our kids would fall or cry or pull on our leg, and the conversation would get interrupted. It happened a few times, and every time I’d walk away wondering, what does “radical generosity” mean, exactly? And what’s the incentive?

I sat down with Vicki for exactly twelve minutes. (She’s a woman on a mission. Her time is valuable.) (And so is mine!) I now understand what being a SheEO activator is, and I want to lean into it and give it a shot.

Right now, SheEO, has a goal to sign up 1000 activators to fund ten women-led ventures by November 1st. If you, like me, and like Vicki, want to change the world, here’s a smart investment – for you and for the future of women.

JM: How do you describe what SheEO is?

VS: It’s a new model for funding and supporting female entrepreneurs on their own terms. We live in a world that was not designed by us or for us. SheEO is a complete reset. If you were starting over again, how would you create an ecosystem of support for women?

How did the idea come to you?

Over the years, I’ve watched what has happened to the world and I think it’s a mess. I think we don’t know what we’re doing. And the mindset of “winner takes all” has kind of ruined us. We have five people with the same amount of wealth as 3.5 billion people [combined]; inequality is off the charts, we’re stressed, we’re exhausted, we’re overworked. We made this up…we can change it.

I’ve been creating the kinds of companies that do good and make money all the way through. Thirty years ago, that wasn’t a cool thing to do, and now thank god for the millennials. It’s become more of the norm. I think we’re really struggling to find new approaches and new models.

In general, women see the world quite differently than men do. We’re out of balance. Only 3% of women are at the top of most companies, and if we designed this world together, it would work better, for everybody. Having gone through lots of experience where that’s not the case, and realizing we’re at this amazing point of history where women are making 80% of purchasing decisions, we’re inheriting 75% of the largest wealth transfer ever, and we’re starting businesses at 1.5x the rate of men, we have all kinds of innovations that haven’t been funded. I don’t see this as a problem: I see it as a massive opportunity that keeps getting missed.

So how does it work?

Entrepreneurs apply to access that capital, and the 500 women go online and select five ventures that they fall in love with, that they think are going to create a better world, and be able to pay back a loan. And those companies get a 0% interest loan, which they pay back over five years, back into fund. And then the money is loaned out again.

So it becomes a perpetual fund, where we expect 100% payback of the money, back into the fund and then loaned out again. The goal is to get to 1 million women ASAP, and that’s a billion-dollar perpetual fund that will loan out to 10,000 entrepreneurs every year, forever, to pass on to our daughters, nieces and granddaughters.

How far along are you in meeting your billion-dollar goal?

We’ve just started. We’re going into year three. We did a pilot in Canada, 500 in the first year, and then we did Canada and the US, and now we’re doing Canada, the US and New Zealand. We’re about to launch three countries just after that: the Netherlands, Mexico and Australia. And we have 150 regions around the world that have applied to replicate the model. So if we keep growing at the rate we’re growing, we’ll have a billion-dollar fund in 2026, which is nine years away.

What do you consider to be a major hurdle for many women entrepreneurs, and how has SheEO changed that?

Most female entrepreneurs feel quite alone. It’s challenging being an entrepreneur. Imagine if you were surrounded by hundreds of radically generous women – how would you thrive differently? How you would show up differently? That’s basically what happens with SheEO: you get this incredibly radical generous loan at 0% interest, and then you get 500 of us on your team.

Sounds like you’ve built a community where women feel they can find the help they need.

In many cases, women have a very challenging time asking for help. Whenever I stand in front of a room with women and ask, “How many people would help someone right now if they asked you?” all the hands go up. And then I say, “How many people love asking for help?” and then no hands go up. It’s partly because we have a very unforgiving business environment where asking for help is perceived as “you don’t know what you’re doing” as opposed to being a natural thing. Of course we’re not good at everything, we’re not perfect, but we’re socialized to be perfect.

When someone becomes an activator, aside from getting the potential opportunity for investment, and the ability to invest in other women, what else do they get?

All the activators who want to be in the online community can connect with each other. Everything in our network is on your own terms, so if people are too busy, they don’t have to. If you want to be part of that network, you can jump right in and ask for help. The underlying insight is, “If you were surrounded by women who were radically generous, do you think you’d reach your potential faster than if you weren’t?”

When you get validated by 500 women who vote for you, it’s a huge confidence builder. It’s a BIG boost. It certainty matters to me and how my confidence was built. I didn’t just show up like this.

One of our companies is up 500% in annual revenue in two years and when they came into this space, they weren’t even sure their idea would work. There’s story after story of entrepreneurs coming in, feeling validated, supported, starting to believe in themselves a little more, and then building a stronger business and stronger character.

You have until November 1st to join as an activator for 2018. If you have the means, this is an investment far greater than you, but it could also be the very investment that takes you and your business to a place you never even knew was possible. Dive in, and get ready to change your world.