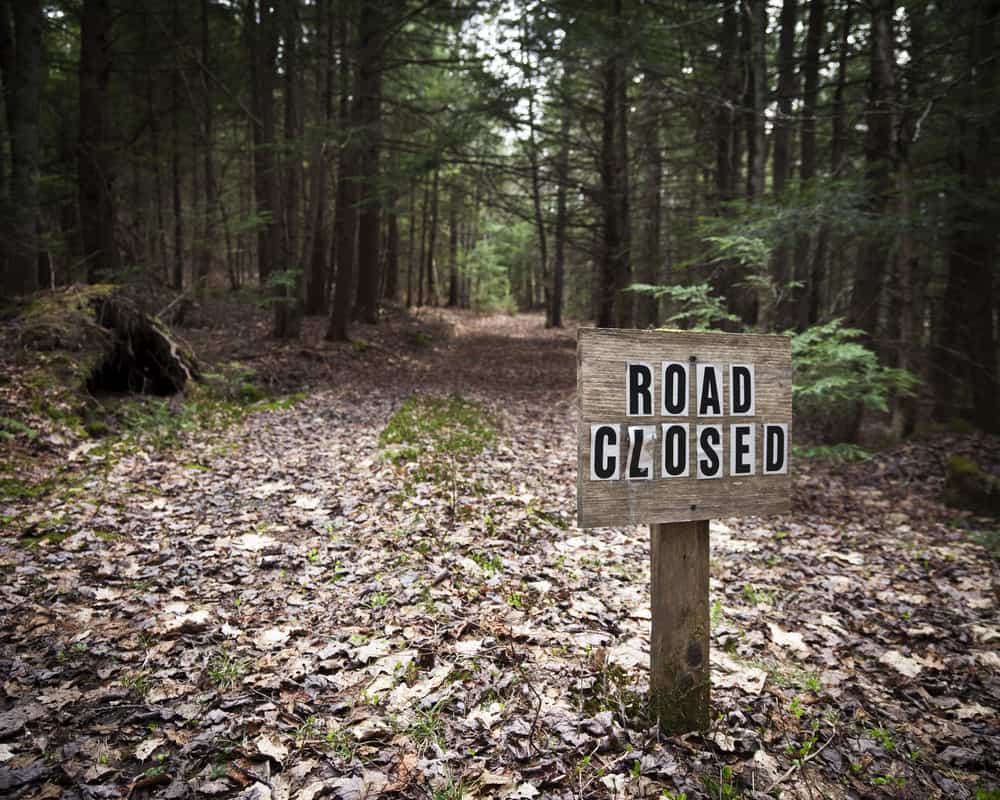 If you’re looking for closure from a relationship, I’m telling you right now—you’re never going to find it. My friends talk about closure like it’s the closing ceremony of the Olympics. A moment when, if planned correctly, fireworks explode, everyone cheers and life-changing realizations surface. Now that you’ve both “mutually” found closure, you can magically move forward with your life.

Whether you like it or not, you’re probably still thinking about aimless conversations you had with an ex in bed together or meaningless songs he/she sent you via text on Valentine’s Day that sting you every time they appear on your iTunes shuffle. It’s a big bummer, but that’s the reality of it, which is why you’re a coyote and closure is the roadrunner that you’re never going to catch.

Until you’re fully persuaded that closure doesn’t exist and there’s still hope for a happy inner ending, here are a few things to keep in mind when navigating your way through a closure conversation with a past ex:

You’re sitting across from someone you used to have sex with, and regardless of what they might be saying, all you can really think about it their outfit, and how once again, you’re talking about the weather, or the dirty sweat pants he decided to wear to the bar you’re at right now. It’s not what you thought it was going to be, and now you’re left with a gaping hole of emotions you wish weren’t there. On a side note, sweat pants at a bar, really!?

You desperately want to find out why things went wrong, secretly hoping that your ex will flat-out say sorry and ask for another chance. Snap out of it right now. Whether or not the end of the relationship was your fault or theirs, the truth of the breakup will always remain on opposite ends. No matter how far you look into it, you’re never going to find the ONE definitive thing that caused the breakup.

Whether the relationship ended last week, last month, or three years ago, when your nose was pierced and you wore the same ratty t-shirt everyday, you’re different now, and they are too. All the more reason to try again and see where things go. Sure, you’ve learned a few things since splitting. You bought an iPad, you listen to cooler music, and you took out your nose ring because it started to bother you. They look different too: Whatever’s different, they look better. And if they don’t look better, you still feel the familiarity of their person, the procrastination in their voice, their laugh, and their lovable mannerisms. It takes you back, but don’t let it take you there. You’re here now, and a big part of you being so different is that you’re no longer with them, and you’ve changed since seeing them last. Appreciate the differences, but don’t use that as a reason to try again.

I Want My Questions Answered Closure

From time to time, you analyze it, again and again. Hopelessly finding your own answers to the questions you never had an opportunity to ask. You think that once you find these answers, like a math equation, you’ll have a “Voila!” moment. Problem is, you’re terrible at math, and despite having a cheat sheet, you can’t quit find the sum to the problematic relationship you once had. A word of advice, try to forget the questions, they aren’t going to lead to anything worth getting to the bottom of. Unless it’s a murder, or a stolen piece of property (like your dear grandmother’s ring), or the name of that really great movie you saw in theatres last November, forget about it.

Closure is a Roadrunner, and you’re Never Going to Catch It

At the end of the day, relationships are messy and closure is myth we convince ourselves to be true. Like our friends, we like to believe that closure is necessary, and like anything, we need to have an ending, where we feel satisfied and happy with ourselves, and the exes we used to spend so much time with. They’re people too, and whether you broke up with them, or they broke up with you, there will never be a clear reason why things didn’t continue the way you thought it would. Life is like a big dessert and while some people are busy chasing roadrunners, you’ll be elsewhere, doing other things. So stop trying to find it, and stop telling others to get the closure they need, because it’s not there.