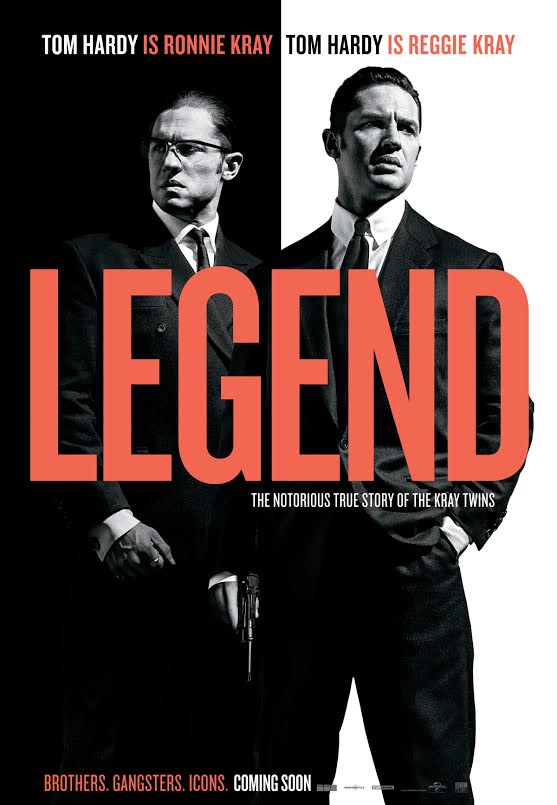 From Academy Award winner Brian Hlgeland (L.A. Confidential, Mystic River) and Working Title (The Theory of Everything) comes the true story of the rise and fall of London’s most notorious gangsters, Reggie and Ronnie Kray, both portrayed by Tom Hardy in a powerhouse double performance. Toegether, the Kray Twins take over the city. But as their reign expands, power-struggles, fierce madness and a woman diminishes their bond; the weak link that could cause their empire to collapse. Legend is a classic crime thriller taking us into the secret history of the 1960’s and the extraordinary events that secured the infamy of the Kray twins.

Sometimes you just need an edge-of-your-seat crime thriller. This is definitely that.

Enter to win tix to special advance screening this Wednesday, November 25th, 7PM at Scotiabank Toronto – 259 Richmond St W by tweeting, “YES @Shedoesthecity, take me to 1960s London. I’m in the mood for a gangster thriller. Send me to #Legend”