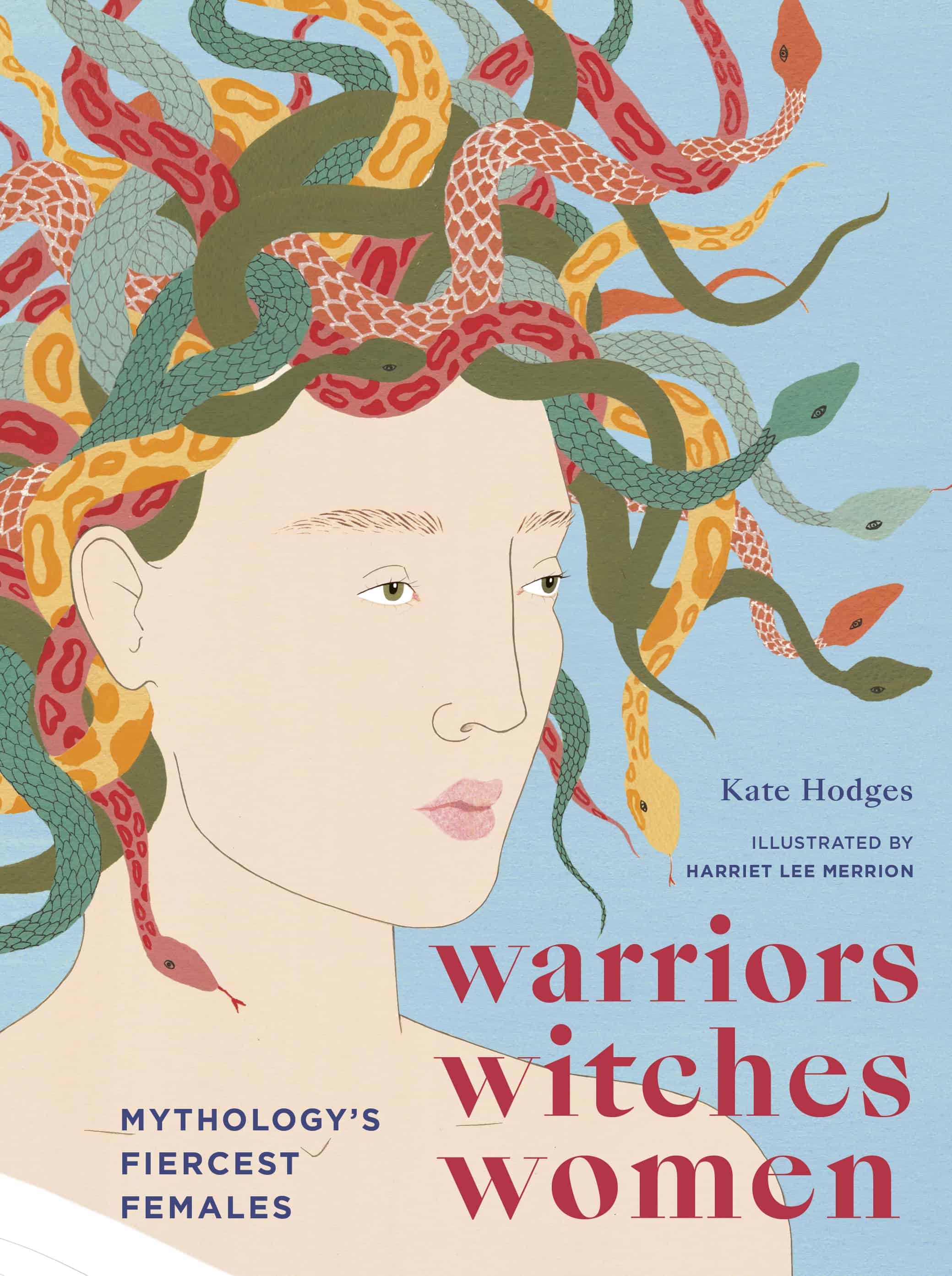 The Disney princess isn’t the only option.

A new book by Kate Hodges explores the other women of myth and legend; from half-human harpies to Vodou goddesses. In Warriors, Witches, Women: Celebrating mythology’s fiercest females, Hodges gives each of these neglected figures their own platform for a change, showing us a feminist alternative to the usual song-and-dance of popular culture.

SDTC: How did you go about selecting the figures you did?

KH: I wanted to include figures from as wide a selection of countries and cultures as possible. I chose women who had a great story that would still resonate with people today. I wanted a good variety of types of entries, so some were wholly ‘good’, some had a darker side, some were even considered to be evil. I wanted a mix of well-known and more obscure stories, so that readers felt that they had discovered something new. I also wanted women whose images leapt from the page in Harriet’s brilliant illustrations.

Which one is your personal favourite?

I really admire Mami Wata. She’s an African goddess brought over to the Americas via the slave trade. She sprung from a pantheon of water deities, a mermaid-like creature. I love her pride in her appearance, and there’s something very human about her obsession with material goods and money. Her journey from Africa to America is fascinating – she sustained people through unimaginable suffering at the hands of their ‘masters’, not just spiritually but physically in dances and rituals dedicated to her, and eventually mutated into a Vodou goddess, La Sirène (Yemanja in Brazil). She’s still relevant today – Azealia Banks has dressed Mami-style, and hashtagged her picture #mamiwata.

She’s an imperfect, perfect goddess, who looks sensational and still has relevance today.

What were the biggest takeaways from your research for this book?

I was constantly surprised at the way women’s stories had been retold differently down the years. It became obvious to me how important it is to think hard about who is telling the story, what agenda they have, and why they frame their telling in the way they do. Politics, misogyny, religion and power-play all effect the retelling of these tales, and women can be cast as heroines in one version of the myth, and evil in the next. In the west, women and goddesses such as Germany’s Berchta, the Hebrew/Christian Jezebel, Jewish Lilith and the British enchantress Morgan Le Fay have been cast as evil and their tales rewritten by (mainly Christian) historians. It’s incredible to see how their stories twist and change down the centuries. 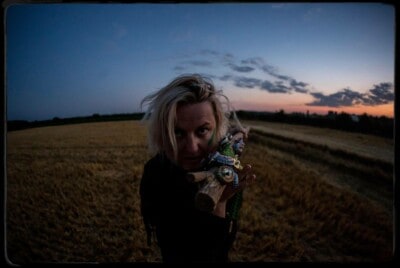 Whose story fascinated you?

I am obsessed with the story of the Selkies. They’re half-seal creatures found in the Scottish islands. If a man steals the skin of a selkie, she is compelled to become his wife, and there are many tales of selkie women who have a life on shore, married with children, but are always obsessed by the sea, spending hours and hours on blustery cliffs, staring hungrily at the waves. Most only serve out seven years on land before they hanker to go back to their watery home. They need to find their skin to return to the waves, and, heartbreakingly, it’s often handed to them by their children. They’re such beautifully tragic and romantic creatures. The story is obviously meant as a cautionary tale to men – you may thrust domestic responsibility on a wife and tear her from her childhood home, but beware, she may leave you. It also represents the way that many women, particularly in the past, might have felt that getting married meant losing vital parts of themselves – their friends, their interests, but that in the attic somewhere, folded up, is a skin that represents their old life.

On top of the story, the story resonates with me because of my love of the sea. I live ten minutes walk from the coast, and head there in all weathers, watching the waves. I’ve always hoped I might spot a Selkie. Or perhaps I may be one.

How can we integrate the lessons from these characters into our own lives, and the lives of our daughters?

I think that by re-reading these stories, it becomes obvious that there are archetypes that still resonate today. It’s so inspiring to think that these tales have survived because of the strength not just of the story, but of the women themselves. They must have had such character that their tales still leap colourfully off the page. I like to think people might cherry-pick their favourite attributes from the women here and take them into their daily lives. The determination of Yennenga to not only be a warrior, but to have a family, the hard-won wisdom of Circe, the patience of Cassandra.

I loved writing this book, and I hope readers love sitting down and losing themselves in it. These stories need to be kept alive, retold, retooled for new generations. I hope my obsession with these magical, multi-faceted creatures beams off the page and inspires even just one girl to find out more.

Warriors, Witches, Women comes out Feb. 4th. Get yours here.