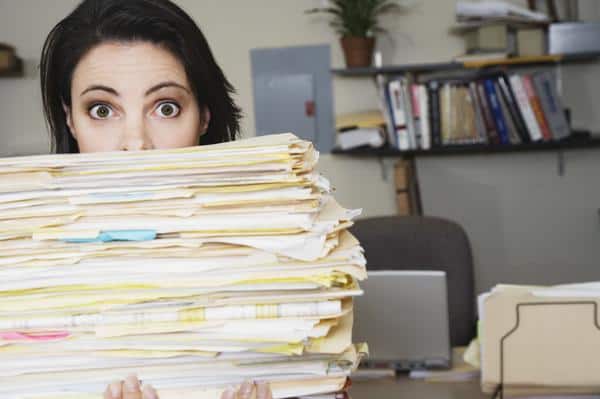 10 Tips To Beat The Workplace Blahs

At work, it’s typical to gripe about the weather, the slow TTC ride, the one elevator that’s been out of service since November. It can be a stimulating rally between co-workers. But is it really good for your spirit and for those around you? While it’s understandable to commiserate with others, it may not the best attitude to carry around all day, particularly in the work place.

I have the not-so-unique experience of working two jobs: the first being freelance (my passion, but not always consistent); the second being a server (not my passion, but consistent). Both jobs involve strong social skills and the basic ABCs of learning to get along with people. But even the dreamiest of jobs will turn into a nightmare if you are working with a toxic crowd. That said, you can only change your situation by improving your own behaviour, and a good attitude is–like the winter sniffles–quite infectious.

1. Say good morning to your co-workers
I know, you’re running late and you narrowly missed spilling a grande latte all over yourself as you scooted past an old lady on the concourse. However, when first arriving to work, take a moment to say good morning to your co-workers. Trust me, it’s the friendliest preface you can give to, “I NEED TEN COPIES; THE CLIENT IS IN THE ELEVATOR!”

2. Compliments are free; use them
It’s very easy to become self-involved at work. (Doesn’t everybody know you’re a busy lady and that you’ve got things to do ASAP?) But if you can just widen your visual aperture a little and take in the whole picture of your office, you’d see that everyone feels they are the busiest. Be the first to practice generosity with others. Whether you acknowledge her new outfit or the tough question she answered brilliantly, take a moment to tell your co-worker you like her style. A quick compliment goes a long way.

3. Engage in coffee runs
It’s 3 p.m. and everybody’s in caffeine withdrawal. Either take a group order or initiate a ten-minute field trip to the java pusher on the first floor. Getting coffee can become a group activity!

4. Ask questions and listen to the answers
Everybody has a family, a boyfriend, a recreational roller-derby team or some kind of special interest outside of work. Find the time to really ask about these things and remember them for the future. In my line of work, I meet a lot of people and run into them socially. Sometimes long periods of time have passed, but nothing livens up a long-time-no-chat kind of meeting like remembering that John has daughters who are now in their teens or that Yanna really loves Kubrick films. Invest in others and they will return the favour.

5. Organize a work outing
It’s 4:30 on a Thursday. Take a quick poll and make reservations at your nearby lounge. It takes five minutes to organize and quickly reinvigorates co-workers. Suddenly everybody’s peppy and finishing their last reports with the future reward of a pint in mind. Or if you’re feeling more ambitious, organize a work field trip: bowling, paint balling, or–as a friend of mine recently did for a charity event–Bubble Soccer. (Google this phenom!)

6. Stay positive
It’s easy to complain but it’s better for everyone if you keep your thoughts to yourself. It takes just as much effort to share a funny anecdote as it does to bitch about the new supervisor or annoying co-worker down the hall.

7. No Gossip
Gossip is a trap that we’ve all fallen into. It’s fun in the moment but only demonstrates lazy social skills. If you’ve ever truly experienced the shame of being confronted by someone you’ve gossiped about, that should be enough of a deterrent. You can think of better things to discuss than how Cheryl “can’t afford” her new Kate Spade bag.

8. Sugar
That’s a no-brainer. Whether it’s celebrating the completion of a big project or easing the pain of coming into work on a Saturday, high-fructose corn syrup is your answer! Sure, it’s bad for you, but so are fluorescent lights.

9. Smile!
My face’s natural state is that of resting bitch face. But as my mother would say, “Smiles are free and they prevent scowly face.” This, too, can be infectious. It’s hard to keep a frown going when everyone around you is grinning.

10. Don’t pee in the pool
What was the most essential instruction you learned on your first day of swimming lessons? Exactly. We all have to swim in the same water, so all of your drama, your gripes, your husband who doesn’t do the dishes, your crappy roommate with the weird friend, your maybe-boyfriend who called you once but now doesn’t text–all these things (however valid) should all get sloshed off in the metaphoric ‘pre-pool shower’ to prevent you from spreading it to others.